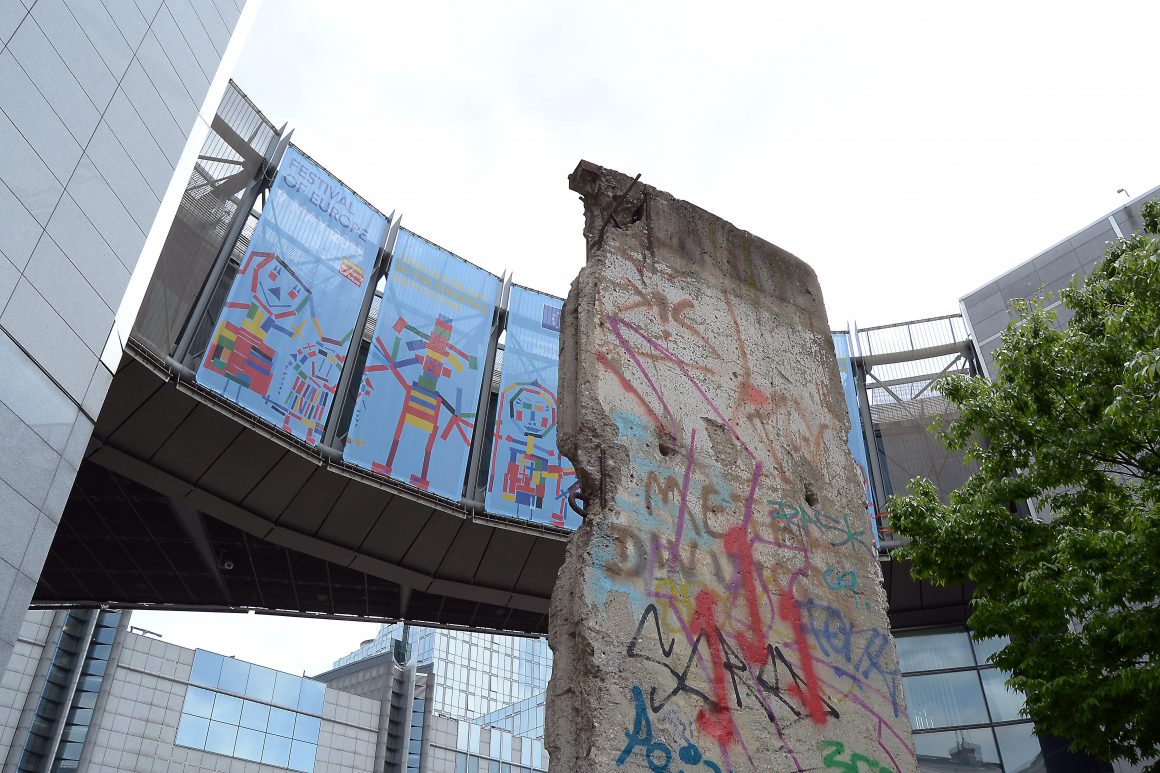 “It’s Europe Day!” my wife called out when I showed her the invitation flier to the Kriek & Frites party on May 8-9 at Place Jourdan in Brussels. Neither the flier nor its typically Belgian offer implied any connection with the EU. Given my early school days were spent in the Soviet Union, I associated the dates rather with the end of World War II. So what’s this Europe Day anyway?

I distantly remembered that it had something to do with the day on which France and Germany decided to unite their coal and steel industries, hoping that this would prevent them, if not from ever again piling up tanks and cannons, then, at least, from having a race about it and from turning these against each other.

Reading the relevant Wikipedia articles—the modern equivalent of asking people at the market square—confused me even further. Now I wasn’t even sure about the date. There is May 5, which some Twitter erudites matched with the birthday of a certain German philosopher (Karl Marx, May 5, 1818), while others with the death of a French emperor (Napoléon Bonaparte, May 5, 1821). 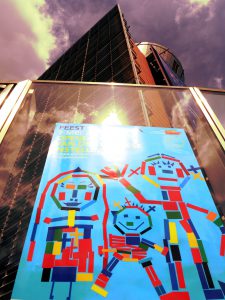 For now, let’s put aside these ironic reminders of the contentious Franco-German domination of Europe. May 5 commemorates the foundation of the Council of Europe in 1949. But even though the Council agreed upon Europe’s most recognisable symbols—namely, the European flag and establishing “Ode to Joy” as Europe’s anthem—this isn’t the only Europe Day out there.

The proper Europe Day, at least according to the EU, is May 9. It’s the anniversary of Robert Schuman’s declaration—the 65th this year—seen as the founding moment of the Union or, at the very least, of an economic framework in which France and Germany could overcome their historical conflicts, within the larger context of a US-dominated Western Europe. Even more than the six founding members— Germany, France, the Benelux countries, and Italy—needing each other, the US needed a united Europe to counterbalance the Soviets’ appetite for expansion.

Even more than the six founding members— Germany, France, the Benelux countries, and Italy—needing each other, the US needed a united Europe to counterbalance the Soviets’ appetite for expansion.

Schuman feared that without European unification there would be war. It seems, however, the peace that Schuman’s “first concrete foundation of a European federation” was designed to preserve was a peace set against a backdrop of the Cold War.

Despite Russia’s membership in the Council of Europe, it would be inconceivable for Putin to join the celebrations on either of the two dates this year. EU-Russia relations have been put on ice—thin ice—over the crisis in Ukraine. Likewise, very few European leaders will be in Moscow’s Red Square on May 9 for the Victory Day Parade commemorating the 70th anniversary of the victory over the fascist occupiers and the end of the Great Patriotic War, as Russians refer to WWII. Even Viktor Orbán, one of Putin’s closest allies within the EU, will stay at home. Tsipras, playing the Russian card in his game with the Troika, announced he would accept Putin’s invitation. Merkel will arrive to discuss Ukraine, but a day too late .

Looking at the pleasantries currently exchanged between the Germans and the Greeks, it becomes clear how far Europe is from Schuman’s “de facto solidarity.” One thing is to realize that what we consider a genuinely European project might have had more to do with the post-war rivalry between the US and the Soviet Union. Quite another is to make sure that the EU, which, according to George Soros, has degraded to “a relationship between debtors and creditors,” will not become the ground, and its institutions the tools, of economic warfare.

There is a fateful race between the increasing influence of global capital and the decreasing power of democratic institutions that nation-states have claimed and the EU might one day enjoy. And it is not at all clear on which horse the present European institutions will place their bet.

The Europeans have quite a good idea of what the US wants. Putin’s intentions, too, have become a highly debated topic, with European media swarming with experts constantly analysing Putin’s psychological state. Instead, the question should be, as Slavoj Žižek once put it: What does Europe want?

What is the crisis in Ukraine, if not Russia’s way of reminding us how it feels about the increasing joint EU-NATO domination of Europe? To justify the conflict, Putin’s state propaganda stresses the help Ukraine needs in its fight against contemporary “fascists” that took control over Kiev with EU support, which it presents simply as an auxiliary to the US.

There is a fateful race between the increasing influence of the global capital and the decreasing power of the democratic institutions that nation-states have claimed and the EU might one day enjoy. And, it is not at all clear on which horse the present European institutions will place their bets.

One thing is the EU’s being “the first non-imperial empire,” as former Commission President Barroso once called it. Quite another is for our voluntary empire, without an army, to ever be so easily equatable to NATO. Does Europe want to continue to be ever dependent, both substantively and symbolically, on an American subsidiary for global influence? How long will Europe’s indecisiveness feed Russian propaganda?

And, more importantly, how long does Europe want to wait for the economic and monetary union to miraculously give rise to a political and democratic union? This, too, reminds me of a lesson from my school days: true communism will one day arrive; for now you need to bear with “imperfect” socialism.

On May 9, the European institutions will open their doors to citizens. But as a citizen, I would rather these doors be open the whole year round. For now, Brussels is a place where national politicians make decisions behind closed doors without fearing electoral repercussions back home. Returning from a summit, they can always say, “It wasn’t me. Blame the EU.” And they often do.

I say we shouldn’t care less that the project of European unification might have been born out of somebody else’s ambitions. Nevermind that the EU today may still fall short of being an effective tool for its citizenry. Our goal should be to claim the European project for ourselves as soon as possible. Europe Day is a reminder that, if we don’t, there will always be somebody else who will.

Our goal should be to claim the European project for ourselves as soon as possible. Europe Day is a reminder that, if we don’t, there will always be somebody else who will.

For now, sadly, Europe doesn’t really know what she wants. She doesn’t even seem to be sure about her birth date. Thus, faced with a choice between parading around with blue balloons while celebrating a day that reeks of another institutional, top-down public relations initiative and celebrating Europe with a glass of fruit beer and a cone of Belgian fries, I might, after all, opt for the latter.