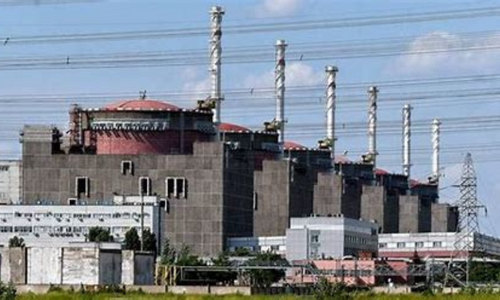 Dr. Alejandro Zurita (Barcelona, 1955) is a nuclear engineer, who got a Ph.D. in nuclear safety at the TU Hannover and was nuclear safety inspector at the Spanish Nuclear Safety Council. At the European Atomic Energy Community (Euratom) he was head of safety, chairman of the Reactor Safety Committee at the High Flux Reactor in the Netherlands, and principal administrator in nuclear safety and fusion research. Recently, he was head of the International Nuclear -fusion and fission- Research Cooperation between 2008 and 2016, and Minister Counsellor on science, technology, and innovation of the European Union in Brazil between 2016 and 2020.

The nuclear safety standards of the International Atomic Energy Agency (IAEA) do not contain guidance or recommendations in the context of warlike scenarios.

Since the beginning of the war last February, several Ukrainian nuclear facilities have suffered or are suffering from the effects of military operations taking place in their vicinity. Such operations have taken place in the exclusion zone of the Chernobyl accident site (Chornobyl in Ukrainian), as well as at the KINR Nuclear Research Institute in Kyiv and the NSC-KIPT research centre in Kharkiv, both with various nuclear facilities and having suffered explosions. The main risk currently relates to the Zaporizhzhia nuclear power plant that is under Russian control but operated by Ukrainian plant operators. Some conventional facilities of the plant have been shelled.

It is worth mentioning that the International Atomic Energy Agency, IAEA, which started operations in 1957 under a United Nations mandate, concerns itself with all types of civil nuclear activities in member countries. For those countries without their own nuclear regulatory bodies, the IAEA is the sole and principal reference for standards, guidelines and recommendations for all nuclear areas. The IAEA is also the only international technical organisation that coordinates external nuclear technical support and assistance to Ukraine.

In the wake of the events in Chornobyl, Kyiv and Kharkiv, Ukraine published on 16 March 2022 an urgent appeal with an open letter from Nikolai Steinberg to IAEA Director General Rafael Grossi, criticizing the IAEA’s lukewarm reactions. Steinberg was chief engineer of the Chornobyl nuclear power plant from May 1986 to March 1987 and one of the most knowledgeable about that disaster, and also served as Ukrainian member of the IAEA Board of Governors in 1994-1995. He demanded that the IAEA, as a UN body, urgently send its inspectors to the Ukrainian nuclear facilities in areas where hostilities took place.

The Iraqi nuclear research reactor Osirak (Osiris French class) was destroyed in 1981 by Israeli air strikes in the so-called Operation Opera, which was presented by Israel as a self-defence and pre-emptive strike in favour of non-proliferation.

The two reactors at the Iranian nuclear power plant at Bushehr (Siemens-KWU), 85% and 50% completed respectively, were bombed various times by Iraqi air strikes between 1984 and 1988 during the Iraq-Iran war. Despite the damage, Russian companies completed construction of the first reactor (VVER-1000) in 2009, while the second, damaged reactor was not rebuilt.

Military operations took place in 1991 at the site of the Krško Nuclear Power Plant (Westinghouse-700). As a result, several technical functions of the plant (related to subcriticality, core and spent fuel cooling, waste heat removal, integrity, containment and radiological inventory) were assessed and specific actions were taken later to ensure rapid supply of cooling and electricity at various points of the facility.

These assessments provided a basis for the development of future guidelines and specific emergency plans to ensure a minimum level of safety in war scenarios. However, this did not lead -as noted in Steinberg’s open letter- to the development by the IAEA of standards, guidelines and recommendations for nuclear safety, emergency preparedness and security limits and conditions for civilian facilities under war.

The Zaporizhzhia nuclear power plant is located on the front of the current war and is the subject of conflicting narratives on both sides of the war. Parts of its conventional facilities were bombed. The IAEA support and assistance mission to Zaporizhzhia – the third IAEA visit to Ukraine since the start of the war – took place on 3 September. Based on the IAEA safety standards and security guidelines,    seven pillars were formulated on which to assess the risks to plants in a war context. These pillars concern the maintenance of the physical integrity of all facilities, the full functioning of all safety systems, the ability of operators to perform their duties and make decisions without undue pressure, the guarantee of off-site power supply, the assurance of logistical supply and transport to the site, the effective on-site and off-site radiological monitoring, as well as the reliable communication with the nuclear regulator.

As a result of this inspection, the IAEA concluded that all seven pillars are to varying degrees compromised and recommended to take specific actions for each one of them. The most immediate and comprehensive action is the establishment of a ‘security protection zone’ without military personnel and equipment around Zaporizhzhia to ensure the safety of the plant. The plant’s six VVER-1000 reactors are currently out of operation in the so-called cold shutdown state and connected to the external power supply, but their situation remains precarious with respect to the seven pillars mentioned above. Speculations about the consequences of an accident of a minimum level 4 on the INES scale[1] are also the subject of political controversy.

Moreover, following the Fukushima nuclear accident in 2011 caused by a tsunami, nuclear stress tests were conducted at all nuclear power plants in the European Union under the supervision of the European Nuclear Safety Regulators Group (ENSREG). Although they were not intended to respond to a war scenario, these tests were aimed at analysing and when needed reinforcing the power plants’ safety systems against very extreme external events (earthquakes, floods, tornadoes, tsunamis or fires). These nuclear stress tests were also conducted under the control of the Ukrainian nuclear regulator (SNRIU) at all Ukrainian plants. As a result, various improvements in the safety systems against external events are already in place, which does not exempt them from the urgency of carrying out the specific actions and the establishment of the security protection zone as required by the referred IAEA inspection. The implementation has been gathering international support and high-level meetings mainly promoted by France and the European Union have taken place, also with the warring parties, on 22 September in the margins of the U.N. General Assembly in New York.

The fifteen reactors of the four Ukrainian nuclear power plants accounted for more than 50% of the country’s electricity production in 2020. While Zaporizhzhia is in cold shutdown state, the other three Ukrainian plants, namely Khmelnytskyi, Rivne and South Ukraine are currently in operation. Regarding South Ukraine, the IAEA was informed that on 19 September 2022 there were explosions only three hundred metres from the plant, which reinforces the point about the high risks that war poses to nuclear facilities and the need to establish security zones around the power plants.

Following the IAEA’s pre-Iraq war inspections of non-existent weapons of mass destruction, the Nobel Peace Prize was awarded in 2005 to the IAEA for “its continued work towards a safer and more peaceful world”. IAEA’s activities combating nuclear proliferation with its safeguards programmes[2] around the world are particularly important, notably its monitoring of North Korea’s nuclear weapons programme and its technical support for the JCPOA[3] nuclear agreement between on the one hand the Islamic Republic of Iran and on the other hand the European Union, Germany plus the five official nuclear powers, which are also the five Permanent members of the UN Security Council, namely China, France, Russia, United Kingdom and United States.

The agenda of the annual IAEA General Conference held in Vienna on 26-30 September 2022 includes the topic “Security and safeguards implications of the situation in Ukraine”, which may be a crucial point regarding how the IAEA should orient in the future its standards in war scenarios. However, this is neither a natural nor an obvious challenge for the IAEA, as its safety standards only apply to civilian facilities and are clearly differentiated from military facilities. The outcome of the IAEA General Conference is therefore being awaited with great interest.

[1] The INES scale (International Nuclear Event Scale) aims to quickly inform the public and the media about any incident (levels 1-3) or accident (levels 4-7) at nuclear facilities. Analogous to the Richter scale for earthquakes, this scale provides the public with immediate information on the possible severity of the event, based on a joint assessment by the IAEA and the country (with its possible regulatory agency) where the nuclear facility in question is located.

[2] The EU nuclear facilities are under both, the IAEA and Euratom safeguards programmes.

[3] The agreement signed in 2015 is known as the JCPOA (Joint Comprehensive Plan of Action).

Dr. Alejandro Zurita (Barcelona, 1955) is a nuclear engineer, who got a Ph.D. in nuclear safety at the TU Hannover and was nuclear safety inspector at the Spanish Nuclear Safety Council. At the European Atomic Energy Community (Euratom) he was head of safety, chairman of the Reactor Safety Committee at the High Flux Reactor in the Netherlands, and principal administrator in nuclear safety and fusion research. Recently, he was head of the International Nuclear -fusion and fission- Research Cooperation between 2008 and 2016, and Minister Counsellor on science, technology, and innovation of the European Union in Brazil between 2016 and 2020.