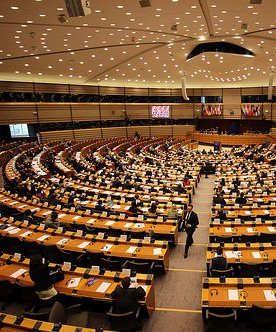 By Panagiota Manoli  and Georgios Maris

Until recently, especially in financial governance issues, studies had paid little attention to the role of the European Parliament (EP), rather focusing on other institutions such as the European Council, the Commission and the European Central Bank. In a chapter that we contributed to a recently published book,* we discuss the role of the EP in the management of the global financial crisis that erupted in 2008 and soon spread into the Eurozone economies – shaking European economic governance and bringing several European Union (EU) economies to the brink of bankruptcy. The current article distills some of the key points that we make in that chapter.

The crisis raised deep political questions as to the undertaking of anti-crisis measures, especially among the Eurozone members: issues of sovereignty, legitimacy and solidarity, which questioned, among other things, the fundamentals of the European project. The management of the crisis brought the national governments back onto the central stage of economic governance. As a result, most attention has focused on the intergovernmental bargaining, the role of governments and central banks.

As the crisis was evolving, hitting severely the Eurozone members in particular, the ‘problem-solving deficit’ of supranational institutions became evident, exposing their inability to stand up for Europe and escape strictly drawn national lines. As the common house of Europe’s citizens, the EP has assumed a role in defining the nature of the crisis, crafting and implementing anti-crisis measures and contributing to financial reform efforts since 2009/2010, all while defending the European project. However, the Parliament’s role has been conditioned by the nature of the financial problems, its constitutional powers in European decision-making, as well as the voting behaviour of the MEPs.

Thus, the predominant intergovernmental bargaining among the European member states and bargaining asymmetries among EU institutions have allowed only a marginal role for the EP in managing the Eurozone crisis. Nevertheless, we argue that the EP has contributed to improving the degree of democratic commitment and accountability during the crisis, as illustrated by its role in the adoption of the ‘six-pack’ set of measures designed to reform the EU’s Stability and Growth Pact towards lower public deficits and greater macroeconomic surveillance.

The Eurozone crisis reinforced the powers of the European Council and – to a lesser extent – of the European Commission, while the majority of the new measures and instruments of the European economic governance framework do not provide a decisive role for the EP. This creates significant threats to the EU’s democratic legitimacy. Nonetheless, the EP still performs the functions of consultation, evaluation and correction, as it enjoys the power to exercise a ‘veto’ over the Commission’s proposals and decisions. It can also invite the Commission, the Council and, where appropriate, the President of the European Council and of the Eurogroup to report to it through hearings. The EP has the power to block ‘undemocratic’ decisions and to ensure that the necessary consultation with the European institutions is preserved. Still, due to both structural/legal and political reasons, even the limited powers available to the EP are not exercised fully. Thus, the EP’s contribution to the creation of the new European economic governance framework remains insufficient, raising legitimacy concerns.

The political reaction to the sovereign debt crisis has focused on making European economic governance more efficient. But this has challenged the normative authority of Europe, as it has affected its core values, such as solidarity and equality. Although the new crisis-born intergovernmentalism in Europe has undermined the EP’s role in input (i.e. in the decision making procedures) and output  (i.e. in the assessment of European institutions’ performance) legitimacy, it has at the same time raised its profile and increased its influence as a defender of community methods and values. The EP’s negotiating positions in the formulation of anti-crisis mechanisms have become a reference point, especially for civil society organizations. Much of the EP’s influence should not necessarily be attributed to its legislative formal procedures but to an array of more flexible tools such as fact-finding missions, open debates and hearings. The crisis has underscored the role of the European Parliament in shaping a political vision for future European and global economic governance, while redressing some loss of the normative power of Europe.

* The chapter referred to here, by Panagiota Manoli and Georgios Maris, is entitled ‘The role of the European Union in managing the international economic crisis’ and is included in the edited volume by S. Stavridis and D. Irrera, The European Parliament and Its International Relations (Routledge, 2015)

Panagiota Manoli is an assistant professor at the University of the Aegean (Greece) and research associate at the Hellenic Foundation for European and Foreign Policy (ELIAMEP).

Georgios Maris is Lecturer in European Political Economy at the School of Economic Sciences and Business, Neapolis University Pafos (Cyprus). He is also a consultant in Task Force for Greece and member of Team Europe Greece.