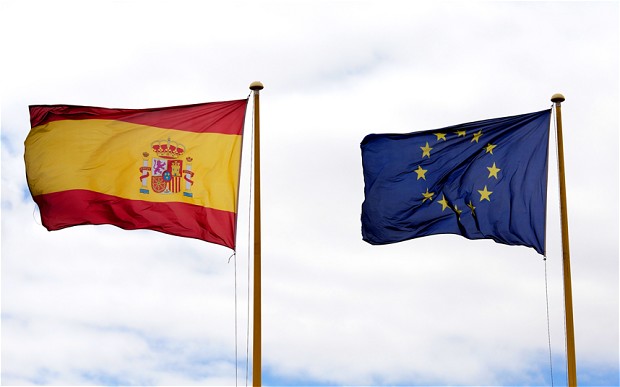 Spain has celebrated its thirtieth anniversary as a member of the EU, in a family that has little time for parties. The refugee crisis; the ‘exit’ family (Brexit, Grexit and now, Nexit); the rise of populism in some of the Member States; and the constant terrorist threat in Europe – yet another wound to join those that still fester from the ‘Great Recession’ – have filled the European agenda with urgent priorities to address.

The country has come to the end of these three decades with its own ailments too. Above all, the gradual institutional under-representation it suffers from, when compared to the political heavyweights in the Union. Spain currently has only one commissariat, held by Miguel Arias Cañete with the portfolio of Climate Action and Energy, coupled with the lack of Spanish leadership in European foreign policy, in the absence of a clear stance against the challenges we face.

As if this were not enough cause for concern, the image of Spain has been tarnished recently due to the situation in the country since the general elections last December. No single party or combination of like-minded parties has got a sufficient majority to be able to form a government. Spain’s caretaker government thus lives on.

The accession to the European Communities in 1986 marked a turning point in Spanish foreign policy. Today, however, both Spanish diplomacy and politics need to clarify their course forward.

The opportunities are clearly visible. Spain is a country that has suffered and fought national and international terrorism on its own territory. Moreover, the country has extensive experience in matters related to the management of illegal immigration, due mainly to its location on the southern border of Europe. These being the two most pressing concerns on the EU’s agenda, Spain could take on a leading role within the European club, contributing fresh ideas. An active role in these two areas, exporting its knowledge, along with the other two “jewels in the crown” which make up its letter of introduction to the EU (Latin America, and North Africa and also the Mediterranean), would place the country among the key players of an EU with 28 different voices.

The 11 March 2004 terrorist attacks introduced an ominous reality into the Spanish consciousness. Spain, hit by the domestic terrorism of armed groups like ETA or GRAPO, was now also the target of a new fundamentalist enemy. Twelve years later, many questions arise after 130 died in Paris on 13 November 2015, and then 31 last 22 March in Brussels, especially as to the type of response that should be given by France, Belgium and their EU partners and allies. What were the measures taken at the time by Spain to combat Islamist fanaticism? Is it necessary – or even advisable – to apply exceptional measures to increase executive powers, as has happened in France? Do we have to give up our freedoms to feel safer?

The truth is that in Spain there have hardly been any changes in criminal legislation against terrorism after the 2004 Madrid terrorist tragedy. The country had already advanced fully-fledged legislation in this area, as a result of long years of suffering from the threat of ETA. Some of the new features to increase the effectiveness of the fight against terrorism were, among others, the creation of the National Centre for Antiterrorist Coordination – now merged with the Intelligence Centre and the Centre for Organised Crime – or the adoption of new regulations on explosives, to toughen sanctions in this regard.

In order to adapt Spanish criminal law to the new threat – that of individual terrorists and returnee terrorist fighters – last 1 July the Framework Law 2/2015 came into force, amending the 10/1995 law, thus amending the penal code on terrorist offenses. In addition, we must not forget the signing of the fourth State Treaty against terrorism, signed in February 2015 by the Popular Party and the Spanish Socialist Workers’ Party, and joined by nine other political forces (Podemos remains an observer).

Spain has also looked abroad to demonstrate its savoir faire on terrorism, especially taking advantage of its membership of the UN Security Council for the two-year term, 2015-2016. Within that body, the Spanish Government has given proof of the importance it attaches to the fight against terrorism, hosting meetings such as the “EU-Southern Mediterranean against jihadist terrorism”, held one year ago (April 2015) in Barcelona, ​​or the High-level Meeting of the UN Committee Against Terrorism, held in Madrid last July, not forgetting the new step of bringing the voice of the victims of terrorism to the Security Council last October.

Moreover, the massive arrival of migrant boats in August 2006 marked a before and after in Spanish immigration policy and the instruments in place to combat illegal immigration. In just one weekend of that summer, a total of 1,268 illegal immigrants managed to reach the Canary Islands. That year saw the highest number of registered illegal migrants, 39,180 people, according to the Ministry of the Interior.

The crux of the Spanish response, given as an example by European Council President Donald Tusk, lies in promoting cooperation with the countries of origin and transit of illegal migration, the constant effort by the police and the Civil Guard, and tailor-made responses from the Interior Ministry to the new challenges in the field of immigration.

The previous government led by Jose Luis Rodriguez Zapatero adopted what was known as the “Africa Plan”. He thus signed bilateral cooperation schemes with numerous countries of origin, mostly West African: Guinea Bissau, Nigeria, Mauritania, Senegal, in order to stem the massive outflow of migrants. More recently, Spain also signed agreements with Morocco, the main departure point for illegal immigrants, due to its proximity to the Spanish coast.

The current so-called “refugee crisis” has an origin (armed conflicts) and a legal and political nature (an economic immigrant is not the same as an asylum seeker), as well as a volume (2015 doubled the figure for asylum seekers in the EU (1,255,640) compared to 2014 (562,680) according to Eurostat data, 03/04/2016), which is different from the crisis that Spain experienced in 2006. Nonetheless, the Spanish experience should not be underestimated and provides important lessons, such as the need for a strong global plan that acts upon all stages of immigrant flows, with special emphasis on addressing the root causes. However, the European solution to ‘lighten the weight’ of the massive influx of refugees into Europe has come from the controversial agreement, signed last 18  March with Turkey, to expel all persons arriving at the Greek islands.

Despite the political uncertainty that Spain is currently experiencing, the country has much to offer to a Europe hit by a multifaceted crisis, blocked by internal divisions, and marred by the lack of political ambition.

In April 2018, at New Delhi International Airport, I boarded the flight heading to Kabul, along with a couple of my colleagues from The Dais. Initially filled with excitement as I entered the flight, the realization that I was going to Afghanistan sunk as I boarded the flight and saw before me a plane filled…