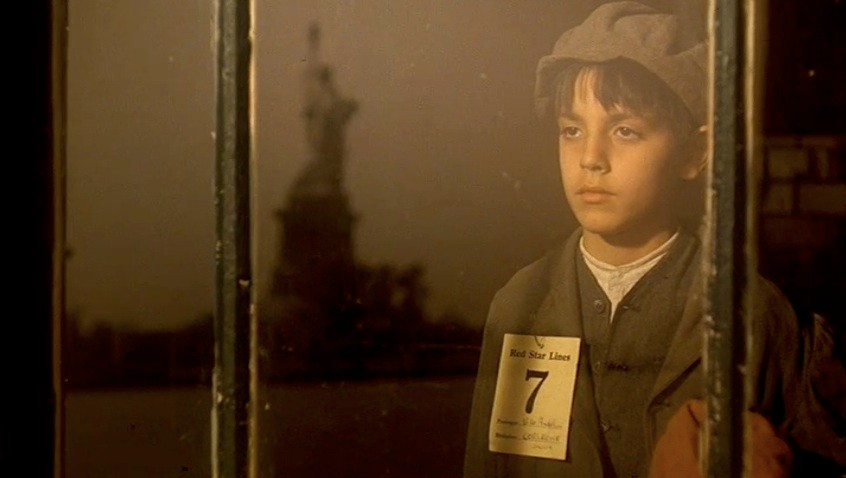 I’ve been an immigrant for most of my adult life, and it would be absolutely wrong for me to do anything other than express my full solidarity with my fellow immigrants all over the world, especially those whose experiences have been less charmed than my own.

As I leave the metro station near my work on Tuesday afternoon I see a sticker from a fascist organisation reading ‘Italy for the Italians’. Later at work, while waiting for the students to turn up, I read that Theresa May is going to take away the right of EU nationals to settle in the UK ‘within days’.

I’m an immigrant and I’ve been one for most of my adult life. I’ve lived in six countries other than my own. I chose to move to each of those countries of my own free will and no one attempted to stop me.

I’m also a second-generation immigrant, because my father was born in Germany but left in 1950 with his mother, who had met a British soldier and emigrated to Guernsey. My father recalls his journey to the UK as an interminable process, with different visas required for each country he passed through. He later went on to work in countless countries, mostly in Africa and the Caribbean, before eventually settling in Sheffield.

My wife isn’t an immigrant now, but she has been one for a total of 13 years. Our brand-new daughter is in a more ambiguous situation, in that she was born to one Italian parent and one foreign one (me). Actually, thanks to a little bit of foresight, my wife now has British passport by virtue of having lived in London for six years.

She had to do an absurd quiz with questions about horseracing, cricket and the Commonwealth, and then she had to swear allegiance to the Queen. I helped her prepare for the test but I didn’t know the answers to most of the questions, and I would have objected to having to paying allegiance to someone just because they occasionally put on a supposedly magic hat.

I’ve always felt welcome in every country I’ve lived in. I’ve never been the object of hostility. On my very first night in Dublin (where I lived for six years) someone in a kebab shop remarked on my foreignness with what sounded at the time like aggression, but on reflection they were almost certainly taking the piss.

In terms of my immigration status I’ve also been extremely lucky. I’ve never had to worry about keeping a low profile or lie awake worrying about possible deportation. I’ve never even had to do a visa run, and my status has never depended on my language skills.

Moving back to the UK in 2006 after thirteen years abroad felt a little like moving to a foreign country. For the first few months in London I kept automatically ranking myself among foreigners and referred to them as ‘other foreigners’. It felt natural to spend my time with others who’d lived or came from abroad.

When I went to live in China the paperwork was immense, but it was all available in English. Last year I got annoyed when the Thai embassy insisted on a particular form of bank statement which our narco-sponsoring bank didn’t want to provide. There was a way around it, one which didn’t inconvenience us unduly.

I wanted for a long time to migrate to Brazil, but I basically never had the courage to live and work undercover in a country where foreign teachers are very rarely granted visas. I’d hate to build a life somewhere and see it destroyed overnight. That’s what happened to one of my sisters when she went to work in the USA. She popped over to Mexico for the weekend and wasn’t let back in. Her experience of deportation was extremely distressing.

All the Italian people we’ve spoken to over the last month have been very congratulatory about our daughter. Nobody’s told us the country is ‘full’ or told her to get back where she came from. Nobody would ever tell an actual individual that to their face unless they were actually insane in several important ways; such notions are political abstractions. The fact that our flesh-and-blood child will use up space and resources has never been mentioned.

The stories we’ve been hearing recently from the UK and the US are staggering and heartbreaking. They result from decisions made by people who have no understanding of the risks and sacrifices that human lives entail. Or maybe they do, but they shut their eyes to the implications of what they’re doing. Perhaps I in my examining job have blithely made decisions about people’s language skills which have meant they had to go back to someone else’s idea of where they belong.

I’ve got friends and former students who’ve spent years of their lives dreaming of studying in the UK only to find that large parts of the ‘education’ system are no more than a scam to rip off gullible foreigners. In much the same way, no one travels thousands of miles in the back of a truck to sell selfie sticks outside the Colosseum or roses outside the cinema. Immigrants are useful for other things than political scapegoating.

I’m an immigrant, but an immensely privileged one. It’s largely by virtue of an accident of birth.

I’m an immigrant, but an immensely privileged one. In my case, leaving my country was in many ways the obvious and easiest choice. It’s largely by virtue of an accident of birth that I’ve been able to get status and find work. I didn’t get a job in Portugal in 1999 because I was an experienced teacher, but because I have the right accent and passport.  I’ve also benefited from a favourable historical situation as far as living in Europe is concerned. In most cases, it takes courage and initiative to move to another country.

As it happens, my country’s wealth came in large part from invading other territories and forcing people to migrate. One factor propelling the whole Brexit nonsense is a denial of that history, a resentment at the notion that Britain should and could learn from its past, and a forlorn hope that it can somehow relive the experience.

Italy, a country whose cultural richness derives in large part from the ebb and flow of different civilisations, had its own vainglorious attempt at imperial expansion, but fortunately reviving that particular epoch is the dream of a persistent group of loudmouthed oddballs at its political fringes, rather than the historic mission of the most reactionary elements of its political elite.

I’ve tried all my life not to be ashamed about where I’m from, to overcome my sense of discomfort at my origins. For me, my unconscious personal project of distancing myself from my roots and trying to be from somewhere else is symptomatic, I now recognise, of a generalised cultural disavowal – there are few things as typically English as pretending not to be. It has also been conditioned by my family background. I have also always enjoyed a certain relief at not possessing any sort of claim to pure-blood status or any mooted connection to the ‘soil’.

I’m proud to be an immigrant son of an immigrant parent, and it would be absolutely wrong for me to do anything other than express my full solidarity with my fellow immigrants all over the world, especially those whose experiences have been less charmed than my own. Of course, that solidarity has to be more than verbal – I need to get involved in specific initiatives to help those less fortunate than myself. Voicing solidarity is easy – it needs to be expressed in actions to have any actual meaning.

I believe that in terms of resisting Brexit and Trump, or combatting exclusionary EU policies elsewhere in Europe, helping and supporting (relative) newcomers to our countries is one of the most useful and important things any of us can do.

(This piece was written with suggestions from Andrea, Federica, Federico and Patty. RW)