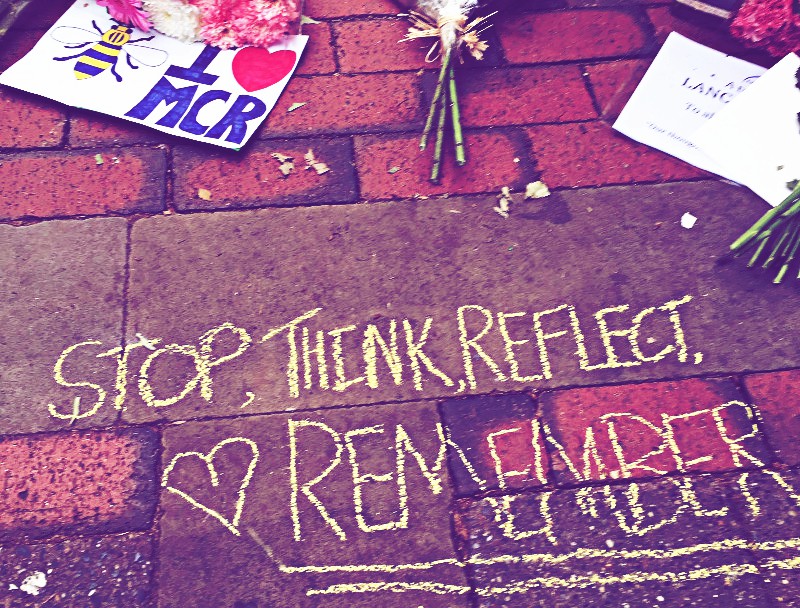 On 22 May Europe suffered yet another terrorist attack. The Manchester bombing killed 22 people, including many children, as they left a pop concert by American singer Ariana Grande.

It came just over one month after the attack in Stockholm, the Swedish capital, which left five people dead. After France, Belgium, Russia and Germany, this is the latest in a string of terror attacks to take place on European soil.

And most likely it won’t be the last.

Our continent is increasingly finding itself the target of such atrocities, so we must prepare to protect our citizens and way of life.

Clearly individual countries cannot achieve this alone. We have open borders, free movement of people and multicultural societies. If we want to maintain and safeguard these values, then our response to the challenge must be united.

The creation of a European Intelligence Agency is part of an ongoing debate. Many prominent EU political figures have supported it in the past. A European answer to the FBI would coordinate our efforts, speed up the exchange of information and intelligence, and help prevent terrorism on our continent.

It was November 2015, when the leader of the European Liberals, Guy Verhofstadt told MEPs that the creation of a European intelligence agency, as well as a corps of European border and coast guards, was more urgent than ever.

At a debate in Brussels, the former Belgian prime minister focused on the situation in Syria and the fact that France had broken new ground by activating article 42.7, the mutual defence clause of the Lisbon Treaty of the European Union.

Verhofstadt stated that this clause necessarily implies the creation of a European coalition that other states can contribute to.

“It is becoming more and more obvious that we must reflect on better cooperation between our respective secret services,” he said.

Another year on, no considerable progress has been made on this plan, while the list of victims has continued to grow. The terrorists are getting more organised, acting across borders. They can highjack trucks in one country and use them for an attack in another. They can receive instructions from terrorist groups in the Middle East and elsewhere without leaving Europe. We need to act soon.

If national governments cannot cooperate with each other effectively, due to poor communication, mistrust or red tape, then the coordination provided by a pan-European body could smooth the process.

The one thing that Europe must not do is abandon its values and its achievements so far. The Schengen Agreement, the free movement of people and goods, our multicultural cities and open societies must not be sacrificed for the sake of any extremist.

We should stick together and refuse to allow them to sew hatred, fear and division among us. We must not scapegoat our Muslim communities for the attacks, or turn against them. However, we should ask them to join the fight against extremism, but this begins by not isolating them.

Now, we are reaching the point where Europe’s Muslim communities must cooperate, unite and be the front-runners in the fight against terrorism on our continent. If we turn against them, we will only increase their discontent and provide fuel for the fire of radicalisation, perpetuating the condition and its outcome: terror attacks. If Muslims feel disenchanted, disenfranchised and unwanted, they are unlikely to choose to cooperate.

Members of the Muslim community should eject any extremists from their circles, mosques and social groups.

Our governments, on the other hand, must identify and fight the reasons that push young European-born Muslims to reject all the benefits our countries can offer them to become murderers and, ultimately, to die themselves.

Europe needs a debate on its future and to re-imagine itself as a society. Either we will choose to enter the future divided, suspicious and scared, raising borders and barriers, alienating and scapegoating minorities, or we will choose to deepen cooperation, to coordinate, unite and streamline our efforts to create a peaceful, prosperous and safe continent for all its inhabitants.

In April 2018, at New Delhi International Airport, I boarded the flight heading to Kabul, along with a couple of my colleagues from The Dais. Initially filled with excitement as I entered the flight, the realization that I was going to Afghanistan sunk as I boarded the flight and saw before me a plane filled…

Spain has celebrated its thirtieth anniversary as a member of the EU, in a family that has little time for parties. The country has extensive experience in matters related to terrorism and the management of illegal immigration, the two most pressing issues for Europe. Therefore Spain could take on a leading role within the European club…