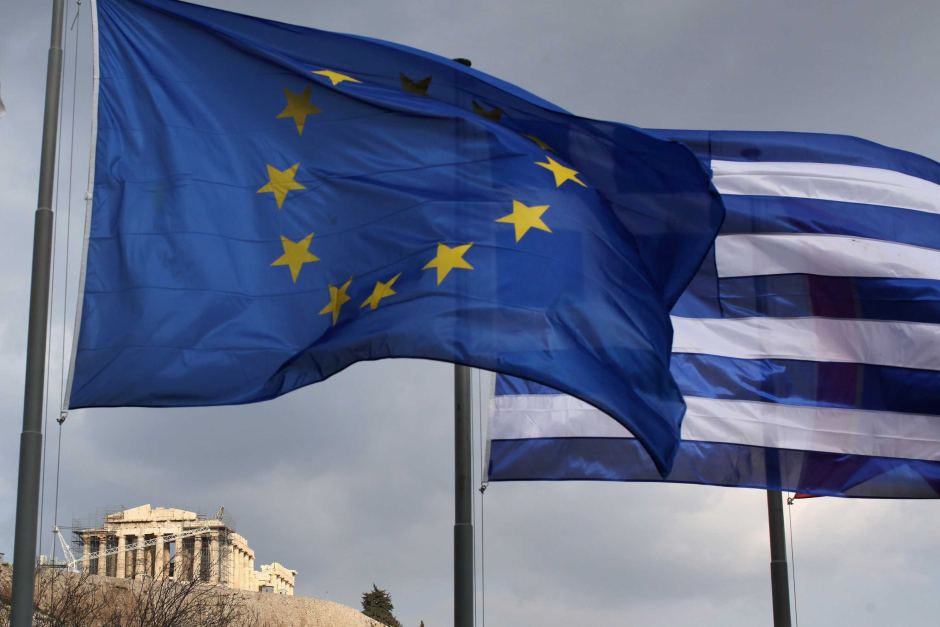 I had an epiphany while listening to Pierre Moscovici, European Commissioner for Economic and Financial Affairs, speaking to Richard Quest on CNN last night. Mr. Moscovici, clearly exasperated by the never-ending Greece-Eurozone negotiations and apparently wanting a happy ending for both sides, called on the Greek government to get serious, stop talking about big ideas and the world, and focus on concrete steps that will allow a fair compromise agreement to be reached with “the Institutions”.

That is when it hit me, not least because I recognized myself, as a Greek, in this “talking about big ideas and the world”. Perhaps that is where the big problem and misunderstandings lie!

I actually thought that this was what Greece was revered for, this broad perspective on the human condition and the abstract thinking of questions concerning our existence, dignity and well-being. This is the source of philosophy and science, democracy and human rights, that mark the biggest contributions of Greece to European and universal civilization.

But that is all attributed to Ancient Greece, not the indebted and broadly considered lazy and parasitic Greece of today. Listening to such arguments so often, I have come to partly accept this, but what if it is not true? What if Greece has not changed that much since ancient times, and what if those ancient times were never as glorious or as different from today as we make them look? If that is true, Ancient Greece might lose some of its accolades, but Modern Greece would deserve to be vilified to a lesser extent…

Here is my hypothesis, which is based on my broad reading of history, without footnotes and extra research at this point: Our understanding of Ancient Greece is very selective, focusing on the most important achievements and the most glorious moments of a civilization that was otherwise quite messy and unbalanced, like all human civilization(s) over the centuries. The Athenian democracy’s peak lasted only a few decades, its citizens relied on slaves who catered to their daily needs, women were definitely not equal, while imperial adventures and greed led to horrific crimes like the killing of all men on the island of Milos by Athenian troops.

Of course, if we focus on the magnificent pieces of architecture and sculpture, the theatre and philosophy produced at that time, we see a reflection on the human condition that basically says it all; nothing much to add today. But the context is also important, and it was flawed and self-serving, as human things often are.

In comes the European Renaissance that finds its inspiration from a glorified Ancient Greece that is largely a figment of its imagination, loosely linked to history and drawing a lot on mythology. All this gets interpreted in a self-serving – again – way by aristocrats, artists, traders, military and clergy of this new phase of humanity. It all somehow trickles down to today, when the descendants of those who interpreted Ancient Greece to their liking castigate Modern Greece for traits that it carries since ancient times. Ancient Greece, put on a pedestal and worshipped by people who have different traditions and who are more practical and focused on daily things, proves too high a standard for Modern Greece, which is largely continuing to do the same, philosophizing and thinking bigger –much bigger–than its place in the world (now and then), but doing less in practice.

This is something we need to work out, all of us in Europe, if we want this continental project to work. It may be very obvious in the case of Greece but it is valid for every civilization and tradition that is in the process of merging in this diverse whole – this Union that may never gel. Instead of fighting each other’s and our own traits, trying to become a homogeneous thing – these days a Germanic thing, since this is the civilization that is prevailing because of its industrial might and sheer numbers – we better recognize each other’s comparative advantages and integrate them in a diverse whole that enriches the lives of everybody.

Going from the philosophical to the practical, as they are not mutually exclusive, this would mean a grand bargain, starting from the case of Greece, where past mistakes on all sides are forgiven and the country is no longer stifled through an austerity that leads nowhere. Instead, it would help to introduce more discipline in the functioning of its economy and encourage development in areas where it excels, from all kinds of tourism (eco-tourism, medical tourism, cultural and educational tourism) to organic agriculture (including medicinal plants and herbs) to sea-faring and trading (the philosophy, big thinking, poetry and other intangible good things will naturally come on their own).

For that to start happening, some breathing space has to be granted from the heavy-handed austerity of the past, while at the same time deep changes need to happen, not least in the mentality, structure and operating procedures of the Greek public sector. All this is doable, over a period of time, with the right mutually-agreed-upon plan and overall good will. And all citizens of Europe can benefit, not just financially, by sharing the fruits of their labour, which are different but all important for a fulfilling life in North and South, East and West.

Can this be achieved, at the political level to start with, during the Euro Summit on Monday, 22 June, and the subsequent European Council of 25 June? Well, it should. Because Greece needs and wants Europe (see huge demonstrations of Greeks proclaiming “we are staying in Europe”) and Europe needs and wants Greece (even if it has to search deeper to realize it during these days of exasperation).

On this International Day of Democracy, we at Katoikos and FOGGS wanted to take this opportunity to discuss the Hexalogue and its connection to global democracy. While all six components of our moral framework are important to creating a new global narrative, two stand out as being particularly relevant to the day’s festivities. In order…