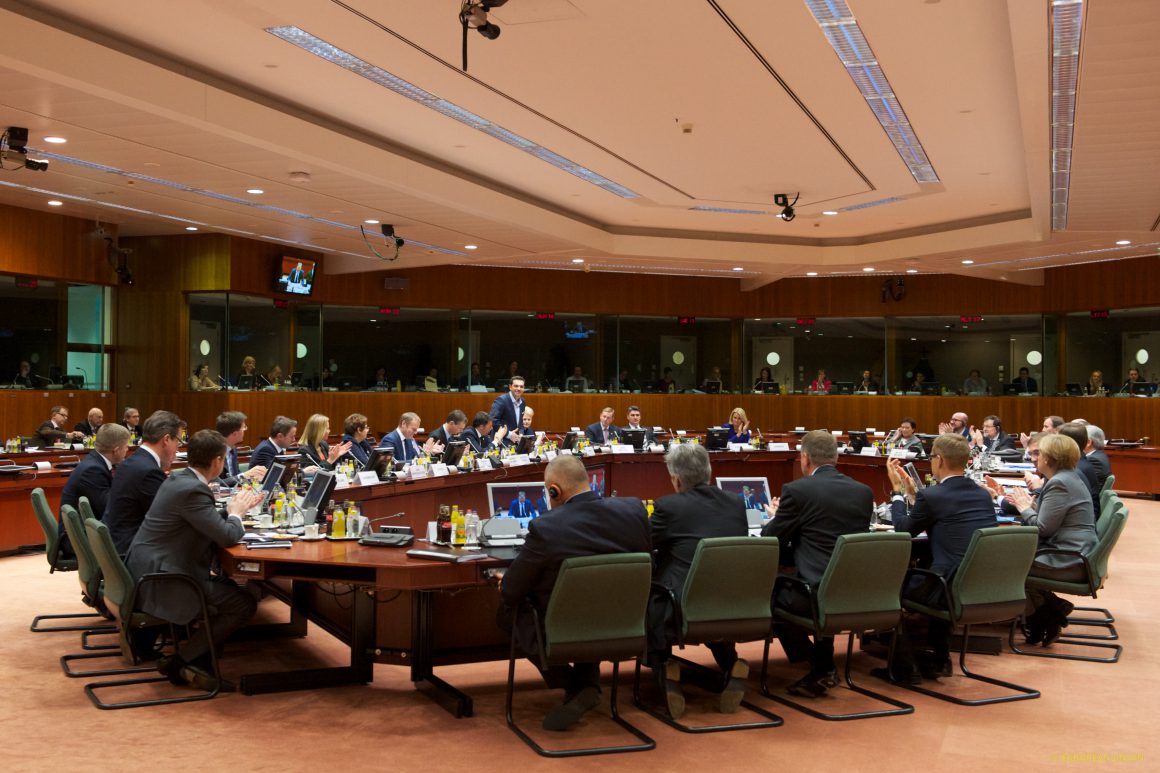 In recent days we have witnessed a spat between the Greek and Spanish governments, with recriminations flying over the Mediterranean between Prime Ministers Tsipras and Rajoy. Mr. Tsipras reportedly blamed Mr. Rajoy and Prime Minister Coelho of Portugal for undermining Greece’s efforts to get a better bail-out deal in the Eurogroup. For Mr. Tsipras this was a conservative attempt to stop in its tracks the effort of changing Europe through the radical left’s coming to power beyond Greece, notably in Spain with a possible Podemos victory in the Spanish national elections later this year. Mr. Rajoy denied this and attributed Mr. Tsipras’ polemic to an attempt to find a scapegoat for his failure to deliver what he had promised to the Greek people before the January 2015 elections. For Mr. Rajoy the Greek government’s demands were dead in the water because they were unrealistic from the start: asking other countries around Europe, some of them worse off, to pay for a better deal for profligate Greece.

At first sight, this controversy might lead one to believe that Europe is falling apart, with its national governments arguing bitterly with each other. After taking a deep breath, though, and a step back, a different picture emerges. Back in the days of strict state sovereignty both Mr. Rajoy and Mr. Tsipras could have accused each other of interference in the internal affairs of their respective states. There would have been good reasons for that, on both sides. Mr. Tsipras has been clearly supporting Podemos and its leader Pablo Iglesias in their effort to unseat the Partido Popular government of Mr. Rajoy. And Mr. Iglesias was in Athens to support Mr. Tsipras in SYRIZA’s campaign for the Greek elections in January 2015. Mr. Rajoy himself also visited Athens at that time, to prop up the chances of his fellow conservative, then Prime Minister, Mr. Samaras, who eventually lost.

Not an angelic or very proper world, one could say, but definitely one political world, with close interconnections and interactions. One could add to this a list named after Mr. Tsipras (“Tsipras List” or officially “L’Altra Europa con Tsipras”) that took part in the European elections of May 2014; various interventions by Germany and even the Commission President, Mr. Juncker, on the political situation in and way forward for Greece; critical statements on and visits to Hungary by European institution officials and national leaders; debates in and about the UK; etc. One thus gets the picture more clearly: This is an increasingly unified political space, a “demos” of pan-European proportions, that is becoming the new political arena in our continent.

You want another, even more convincing proof of this? Look at the jokes made and the videos produced in recent weeks about the Greek Finance Minister, Mr. Varoufakis, and his German and Dutch counterparts in the Eurogroup. Some of these videos have been posted on this newspaper too (see, for example, “The Great Eurogroup Rap Battle”). This is political satire of an emerging European kind, maybe based on partial facts and stereotypes but mostly funny and liberating from the accumulated tensions. It is a safety valve that is activated in societies that function. Perhaps a sign that the European society, or family, is becoming less dysfunctional, after all?

Finally, a more personal proof of my “European demos” hypothesis: I was at a Lower Saxony event in Brussels a couple of days ago, for a traditional dinner with a large number of other guests, all in formal attire and the vast majority of them German. I should have guessed it in advance and reconsidered my participation, or at least I should have brushed up my Deutsch a bit, but no; I rushed there from another commitment, as innocent and unsuspecting as a sheep going for slaughter… Or so momentarily I thought, a poor Greek surrounded by all those very energetic Germans (actually Lower Saxony natives specifically, most of them it seems).

I knew only the German friend who had invited me, and she was kind enough to explain things that my mediocre knowledge of German would not allow me to understand. Surprisingly, others chipped in too, switching to English when they realized I had difficulty understanding, and telling me how much they like Greece, and Greek people, culture and food, and asking why they could not find Greek products once back in Germany from their Greek vacations. Then the time came for the cabaret performance, sort of stand-up comedy or breathless stream of jokes. The first thing the comedian did was to ask whether there was a Greek in the audience. I raised my hand and there was laughter. I knew what was coming and I thought that by admitting publicly my Greekness I might make the artist reconsider. At the same time, showing magnanimity from my side, I put a finger in each of my ears, indicating that he could say whatever he wanted. And he did!

Maybe half of the comedian’s jokes were about Greece. I wish I understood, but the jokes were even more difficult to get, despite the good efforts of my friend to interpret. One thing is clear, that the audience was enjoying them and was laughing very generously. I believe I got at least one joke, that Germans expect the Greeks to eventually ask to be paid for every single contribution to the sciences and the arts Greece made since the time of Pythagoras, thousands of years ago; adding interest that must really be quite an amount!

OK, it was not only about Greeks that the comedian made jokes and people laughed about. It was also about two other categories of people, this time home-grown in Lower Saxony; the people from the area of Goslar and rural tractor drivers. I suddenly felt very close to those people! Well, I actually felt close to everybody, with the contagious laughter affecting me too, even if I understood 10% of the jokes. I felt exactly like we do in Greece, when we joke about Merkel and Schaeuble, but also Greek politicians of all persuasions and people from rural areas and… It all felt very familiar, after all.

In conclusion, my study here may be anecdotal, personal and not very scientific, but you cannot get it out of my mind that we are getting there. We are getting a European demos, in which we all feel comfortable enough and are knowledgeable enough about each other to be able to make jokes, break the ice, get on each other’s nerves occasionally, but basically express what we increasingly realize that we are: a diverse, noisy, funny, stubborn, intrusive and generous section of humanity that one could call “the Europeans”.