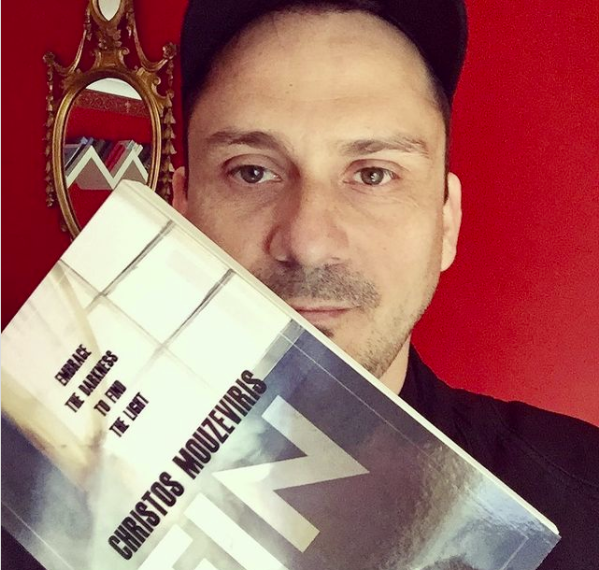 Christos Mouzeviris was born in December 1977 in Thessaloniki, Greece. Although his artistic inclination was evident from a very young age and he had always demonstrated an interest in pursuing a career in arts, he did not receive the support one would need to professionally engage in the arts in Greece. He studied tourism and up until today he has served in many different posts and industries: from hotel employee to flight attendant to HR Officer at the Irish Postal Service.

At the age of 26, disappointed by the employment situation and conditions in Greece, he decided to take advantage of  The European Job Mobility Portal (EURES) and experience life abroad, with the intention to return back to his home country. Little did he know that this would be the start of his journey as a global citizen and, 17 years later, Dublin would be the place to call “home”.

When he first arrived in Dublin, in 2004, it was the year that Ireland held the presidency of the EU. This was also the year when a number of central and eastern European countries including Czechia, Estonia, Hungary, Latvia, Lithuania, Poland, Slovakia, and Slovenia joined the European Union. Thus, Christos landed into a contemporary “Babel” and decided to immerse himself in it. Intrigued by all this mobility, and willing to be part of this new mosaic of cultures and people, he joined an online EU forum where he came in contact and engaged in conversations with people with common interests. Fellow “forumists” suggested that his writings were deeply insightful and encouraged him to study journalism.

Upon completing his journalistic studies, he began writing articles for various online magazines and blogs, including his own The Eblana Blog, as well as for Katoikos.eu (former version of Katoikos.world), focusing on topics about the European Union, Greece, and various political and social events.

Thanos Kalamidas, the co-founder of Ovi Magazine, of which Christos is a collaborating contributor, told Christos that his writings give off a lot of emotion and make the readers think. Encouraged by Thanos’ suggestion to channel his writing talent into poetry and/or fictional writing, Christos brought back to life his poetry collection “Morpheus“, written originally 20 years ago in the form of lyrics for a death metal band. 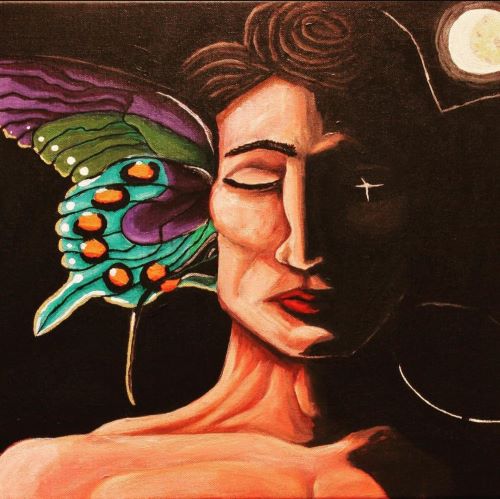 Christos’ poetry is influenced by the stimuli he had in his adolescence, such as Greek mythology, various rock bands, movies, and other poets, Greek and foreign, such as Kostis Palamas and Edgar Allan Poe. He characterizes it as gothic romantic surrealism, and his goal is to have his readers accompany him with intense emotion and symbolism, in his melancholy pursuits. The collection, hidden in his drawers for a long time, was published in April 2019 by Thraka Publications in Greece.

Two years later, in March 2021, amidst the global pandemic, Christos released his first novel in English. It is a noir existential novel, based on his personal experiences, feelings that went unexpressed, but also on people who went through his life, all set in a gothic atmosphere. Under the title “FIN,” it is available on the Amazon online bookstore, as an e-book or as a hard copy, and will soon be available in bookstores in Ireland. 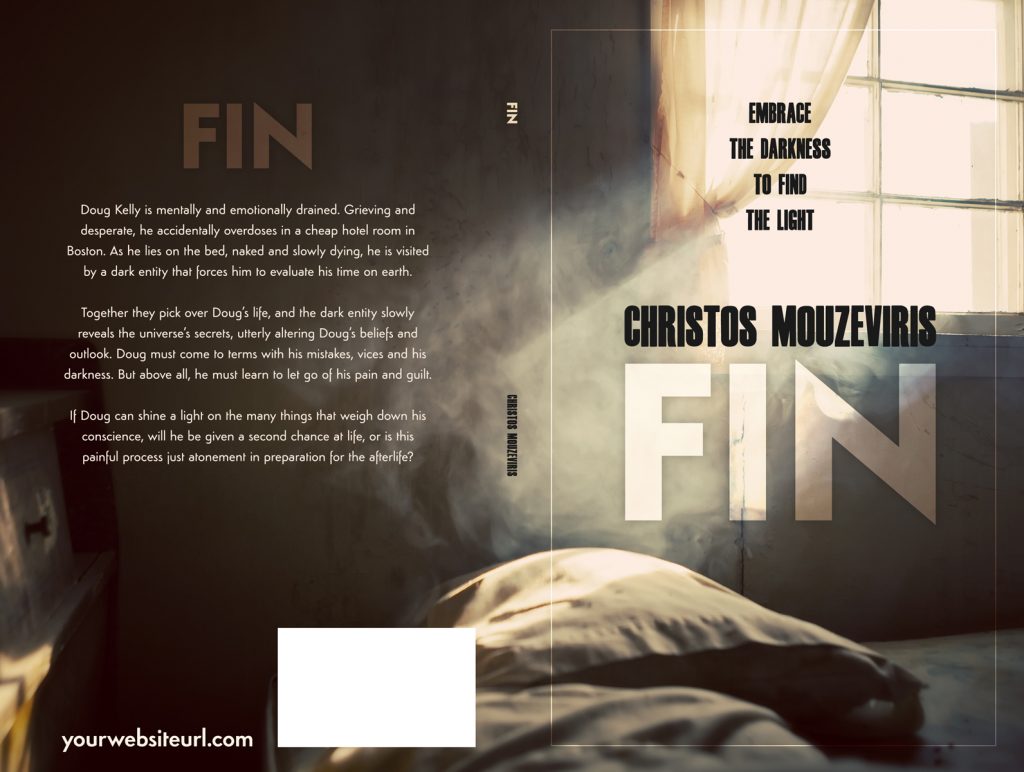 “FIN” is the story of a second-generation Irish immigrant, Doug Kelly, in Boston, Massachusetts. After a series of dramatic events, the protagonist finds himself accidentally overdosing in a cheap hotel. Lying in a state of limbo, he is paid a visit by an eerie entity, the dark side of humanity, that forces him to evaluate his time on earth. Together they pick over Doug’s life, and the dark entity slowly reveals the universe’s secrets, utterly altering Doug’s beliefs and outlook. The book serves as a reminder for the human race that we are not the masters of this world, we are part of it. In Christos’s own words, “yes, brain cells are more developed than the cells of our fingers. But we need both to function correctly. Just like other brain cells, humans need to be putting all this intelligence and evolution towards the common good, the good of a world that doesn’t belong to us; we belong to it.”

Through his journalism, Christos makes the best use of existing digital tools to instill sense into the actions of both political and economic leaders at all levels. Through his writing, he seeks to sound the alarm bell to his audience. According to the Foundation for Global Governance and Sustainability, this is the true nature of a global citizen, after all.

“Writing is global and opens up a much-needed space for intercultural dialog. In a factionalized world, writing helps abolish borders and come in unity, become a world living in harmony and respect”.

“Lake Orestias”(photograph on the left, painting on the right). Both by Christos Mouzeviris.

Christos doesn’t stop there, though. In his photography and paintings, he embodies the necessary respect for the rich diversity of human societies and individuals and the intrinsic value of other species and the natural environment.

“Water and reflections are my favorite patterns. Water connects everything, and gives me a sense of serenity”.

Christos invites us all to open up our minds to new experiences.

“Learning means that you have the option to pick what fits you best. Only you can benefit from being open to and learning new things, you will be the one to evolve. And, don’t forget to give shape to your thoughts. You never know, they may end up leaving their mark on humanity.”