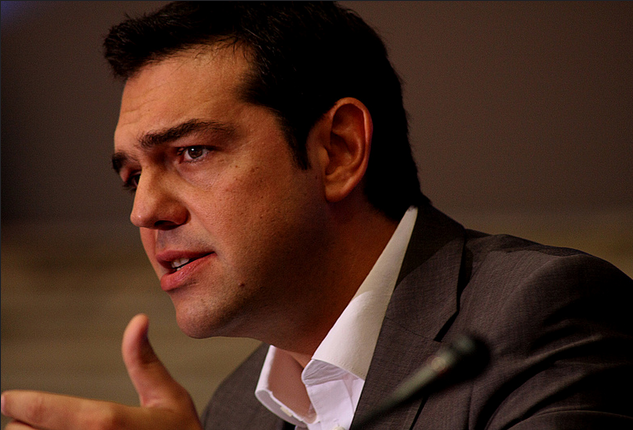 As of July the 13th, following tense negotiations, Eurozone leaders have reached an agreement for the new Greek bailout.

A few days ago, Greek Prime Minister Alexis Tsipras proposed an austerity plan which was nearly identical to the very one that the Greek people vetoed in the July 5th referendum.

The Greek PM’s move received mixed feelings from Greece, where many were furious with Tsipras, blaming him for undermining the decision of the referendum.

The Greek proposal includes strict measures like a unified VAT rate of 23%, elimination of discounts on islands, incrementation and/or adjustment of corporate income and property tax rates, abolition of subsidies for farmers, introduction of penalties for early retirement, privatization of state-owned companies, etc.

These were an unconditional surrenders to Greece’s creditors.

The Greek PM’s move received mixed feelings from Greece, where many were furious with Tsipras, blaming him for undermining the decision of the referendum.

However, even an unconditional surrender wasn’t enough for Germany and the Northern creditors, all of whom Tsipras claims have absolute power in Europe. While France and Italy deemed the proposal to be credible and serious, Germany was much more hesitant, with Angela Merkel announcing to the press that “there would not be an agreement at any cost unless there are more advantages than disadvantages.”

As suspected, Germany wanted to avenge Greece for the referendum and make sure that salvation would not come without a bit of pain.

‘#ThisIsACoup’ was one of the trending topics on Twitter and other social media websites, calling Prime Minister Tsipras back to Greece and denying the acceptance of any agreement from Brussels, taking into account what the Greek people had said.

As suspected, Germany wanted to avenge Greece for the referendum and make sure that salvation would not come without a bit of pain.

If no one is entirely happy with Tsipras’s decisions, then why did he do it?

Well, let’s look at it this way: Your country owes hundreds of billions of euros to different creditors around the globe. Your country’s debt-to-GDP ratio is as high as 177%. You are the main actor in the worst recession in a developed state since WWII. Since you have no money so you fail to meet a loan repayment to the International Monetary Fund, which cuts off your possibilities to request further credit. You have a liquidity problem in your banking system and the European Central Bank denies an increase in the amount of emergency funding available to your banks. To keep your banking system from collapsing for good, you have to introduce strict capital control measures limiting money withdrawals, with many branches temporarily closed.

As tough as he can be, even Tsipras is no Greek God.

Although you are against the sustained humiliation imposed upon your country by the creditors, you still want to preserve its status as a member of the Eurozone.

If you don’t follow your creditors’ demands, you would be kicked out and left on your own where you would have to return to your old currency and devaluate it until you can start producing and selling again, translating into further pain for the following generations. What would you do?

Chances are you would do exactly as Alexis Tsipras did.

By calling for a referendum which gave the Greek people their own voice and a clear “NO” to the way they have been treated so far by the EU, what Tsipras gained was not the possibility of putting an end to austerity measures, but a legitimization of his tenure as prime minister, his government and its firm stand in the negotiations.

However, as tough as he can be, even Tsipras is no Greek God. He cannot prevent his country from crashing for decades to come when he has no other option but to accept the brutal “peace” that was offered by those in Brussels—the very people who have pushed the country to the edge of becoming a failed state in the most developed continent in the world and who have still not backed down.

Yes, Greece has surrendered. Yes, Greece will suffer and bruise even further. Yes, it will take years for Greece to get back on its feet again. However, Greece, the cradle of the very Western civilization as we know it, will survive.