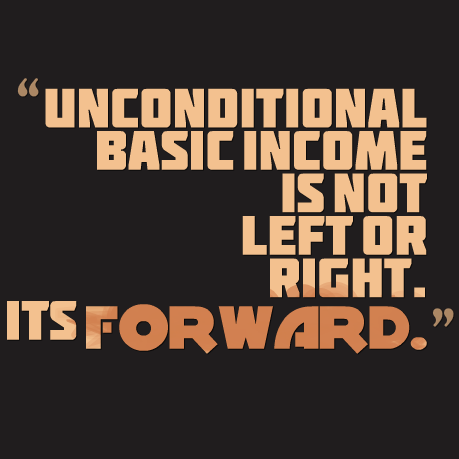 In 2016, Switzerland will hold an unprecedented referendum. Citizens will be asked to vote in favor of or against a radical idea: an unconditional basic income of 2,500 Swiss Francs (about 2,000 €) for all adults. Under Swiss law citizens can organize popular initiatives if they manage to gather 100,000 signatures. The organizers of the Basic Income Initiative managed to collect more than 125,000 signatures in favor of this innovative form of financial safety net. The element of direct democracy that characterizes the Helvetian society might therefore be able to offer a quantum leap in answering the problems of poverty and unemployment. But what about the rest of Europe?

In the current European context of economic instability, political distrust, surging unemployment rates and rising inequalities, the idea of a Universal Basic Income (UBI) must at least be discussed. While most of our politicians find the idea unattractive or politically risky, the UBI is nevertheless currently at the forefront of the public debate in many countries. Besides the well-known Basic Income Earth Network (BIEN) powered by contributions from professionals and academics, many popular initiatives have emerged. Journals, campaigns and networks all testify of the pro-active stand which the e(u)-Generation has taken in this EU-wide discussion. This article therefore aims to summarize the main characteristics of this renascent idea.

What is a UBI?

This idea is not recent and many different proposals and interpretations exist. Nevertheless, they all agree on the following criteria. A basic income must be:

1. Universal: everyone is entitled to it,
2. Individual: it is granted on an individual basis, regardless of the marital or household situation,
3. Unconditional: it is granted without a means test or work requirement.

A UBI should not replace the welfare state but would complete and transform it from a compensatory into an emancipatory welfare state.

What are its benefits?

For its advocates, the UBI is perceived as a new human right that aims to allow all individuals to live in dignity, escape poverty, and be able to take part in society more actively. Depending on the amount granted (below, at or above the subsistence level), it would provide more bargaining power for employees who would not be obliged to accept any job with any condition, a recognition of voluntary and community work and a financial incentive for those who engage in the collaborative economy.

The UBI finds interest in the left-wing movements for its social and protective aspect as well as in the right-wing movements for its emancipatory purpose. It also finds appeal in the ‘green’ movements, who see it as a way to reduce our dependence on economic growth as a solution for unemployment (as well as its undesirable effects such as pollution) and as an alternative to the industrialist society through the development of autonomous activities. Last but not least, it finds interest in the feminist movements who see it as an important step towards further emancipation for women who, in addition to taking care of the household, have many jobs or remain financially dependent on their spouses.

How could it be financed?

Many potential financing schemes exist. They are all associated with various underlying philosophical justifications and vary according to the national political context. Among them we can cite: A higher progressive income tax, an increase of the consumption tax (VAT), a taxation of the heritage, a taxation of capital income (company’s profit, dividends, …), of financial transactions or of greenhouse gas emissions (GES). Some also propose to fund a UBI with a reform of the monetary system or the introduction of local currencies.

What are the risks?

If the financial feasibility is genuine, the type of financing means has to be decided democratically since it might incur a substantial change of the welfare model. For some, the UBI would simply be an opportunity to dismantle social protection by substituting all state aids with a basic income and increase job market flexibility by removing the minimum income thresholds. In that case, it would hamper the bargaining power of labour unions and institutionalize poverty, therefore doing the contrary to what most advocates of the UBI intend to do. For others, it would be an income at the bottom of all other incomes and social benefits.

Does it already exist?

A UBI funded by oil revenues has existed in Alaska since 1982. In 2012, the State distributed an annual income of 900€ to all its citizens.
In Canada, a pilot project was launched in the city of Dauphin in the 1970’s as part of a governmental program. The effects were very positive: only 2% in reduction of working time, a rise in school attendance and a drop of 8% in hospitalisations.
Pilot projects were also launched in Namibia in 2008 and in India in 2011, with preliminary results showing a rise of economic activity, a reduction of poverty and household debts, as well as positive effects on health and female emancipation.

What about the EU?

The introduction of a Universal Basic Income in European countries is a controversial debate. Since it is difficult to anticipate the economic impacts it would have on national competitiveness, some argue that it would not be possible in one country alone but should rather be implemented at EU level or in the Eurozone. However for an EU-wide UBI to exist, the Member States would inevitably have to harmonize their fiscal policies.

One ambitious proposal was made by the Belgian philosopher and economist Philippe Van Parijs: a monthly ‘euro-dividend’ of 200€ funded by the European level VAT and distributed to all legal residents of the Eurozone. According to the professor, its most immediate impact would be to provide a precondition for the stabilization of the euro by implementing some degree of redistribution across borders. This modest UBI would be a floor under all other income and help the part-time workers affected by “in-work” poverty in priority. It would also enhance Europe’s legitimacy as a caring union.

For many the UBI is an essential remedy for many ills, starting with poverty and unemployment. For others it is an absurd fantasy, economically unfeasible and ethically obscene. In any case, for all those for whom the values of freedom and equality are essential, the question seems unavoidable. Switzerland’s public debate might trigger more interest towards an idea that seeks to harmoniously link individual emancipation and social cooperation.