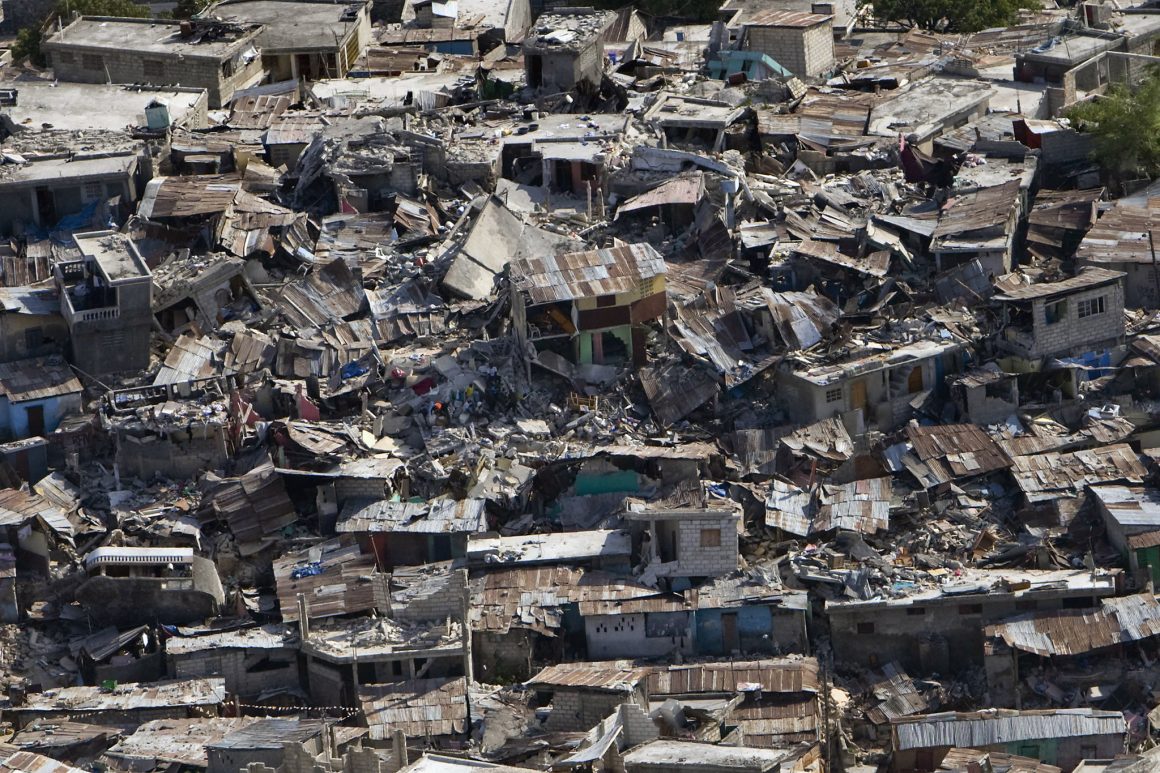 Renata Juliotti is an Inclusive Journalist, and diversity consultant, a Master’s student in Inclusive and Humanitarian Communication at the Methodist University of Sao Paulo, and a member of the research workgroup Humanitarian Journalism and Media Interventions (HumanizaCom). Her research focuses on the study and inclusion of journalists with cerebral palsy in the profession, as well as other social issues such as global feminism, intersectionality, risk communication, disinformation, and the struggle for recognition through the practice of humanitarian and peace journalism.

In a matter of days, an earthquake and a tropical storm (Grace) hit one of the poorest Caribbean islands, leading to at least 2,400 deaths and over 13.000 serious injuries. It is estimated that more than 130,000 homes were damaged or destroyed, and 600.000 Haitians were impacted. However, these last natural disasters are just part of a long-term crisis in Haiti.

It is important to emphasize that, in this context of a humanitarian crisis, the data released on the damages still does not reveal the true nature of the country’s problems. At this point, it is crucial to address both the need for aid partners to rely on local expertise and knowledge and to purchase products from local vendors to support economic recovery.

The recent disasters mark a period of significant transformation for Haitians, who recently saw the death of their president as the culmination of a socio-political crisis that ranges from the proliferation of gangs to allegations of government involvement in criminal actions.

The country’s instability, from a political, economic, and security point of view, has been a marked issue for a long time, especially with the impoverishment of the country in recent years.

The Haitian’s per capita income in the face of the full impact of recent disasters is not enough to get back on its feet and the humanitarian effort still cannot reach all of those in need. There are reports of many residents in extreme poverty and suffering acute hunger, many of whom have not yet been assisted by support networks, the vast majority of which are international. The challenges for aid delivery are mostly related to gang violence, along with recurrent political unrest and roadblocks, which have made it difficult to access the south. Damage to roads and bridges, and heavy rain, have created additional challenges.

Given these facts, what is the great challenge for Haiti at this moment? First, it is necessary to highlight the importance of updated databases, surveys, and research projects that demonstrate the true local reality. Social science and the quantitative and qualitative research of reality were never so empirical. Second of all, international humanitarian aid plays a key role in this context. Even though many countries have been working on delivering as much aid as possible, in recent years, many of these institutions have left Haiti amid multiple crises and ongoing conflicts. Lack of support, resources, and experts makes it impossible to collect accurate data.

Haiti is currently in the midst of the Atlantic hurricane season. As one of the most disaster-prone countries in the world, structural obstacles must be addressed before the next crisis occurs. Measures such as enforcing building codes, as well as zoning and planning, which help countries to absorb shocks, can be part of a risk reduction plan and climate change adaptation.

For instance, the recent tragedies in Haiti occurred only one year after the approval of the Risk and Disaster Management Plan, launched by The United Nations (UN) and the Government of the Republic of Haiti, which begs the question: How effective was the implementation of the plan?

Haiti is ranked fifth out of 96 countries likely to see higher death tolls from natural hazards, according to a study by the World Bank and the Global Facility for Disaster Reduction and Recovery (GFDRR). Fifty-six percent of Haiti’s gross domestic product and 48 percent of the population is at risk each time a natural disaster occurs.

From a humanitarian perspective, any measures in a constant imminent risk location should provide strategic planning for the most vulnerable groups, which for Haiti means the areas with the most restricted access for aid delivery, as well as people in higher danger situations such as people with disabilities, the elderly, and children. In other words, it is essential to develop a humanitarian and inclusive program to support any future disaster.

The ongoing fragile humanitarian state of Haiti hits two correlated points: the natural and the social disaster. Into the emergency measures have the mental and psychological state of the victims been considered? Risk management initiatives must be human-centered, considering the social, political, and economic aspects of a post-disaster measurement. Mostly, Haitians need sustainable humanitarian aid, a long-term effort that demands much more than emergency measures, but delivers a continuing program for recovery.

Renata Juliotti is an Inclusive Journalist, and diversity consultant, a Master’s student in Inclusive and Humanitarian Communication at the Methodist University of Sao Paulo, and a member of the research workgroup Humanitarian Journalism and Media Interventions (HumanizaCom). Her research focuses on the study and inclusion of journalists with cerebral palsy in the profession, as well as other social issues such as global feminism, intersectionality, risk communication, disinformation, and the struggle for recognition through the practice of humanitarian and peace journalism.