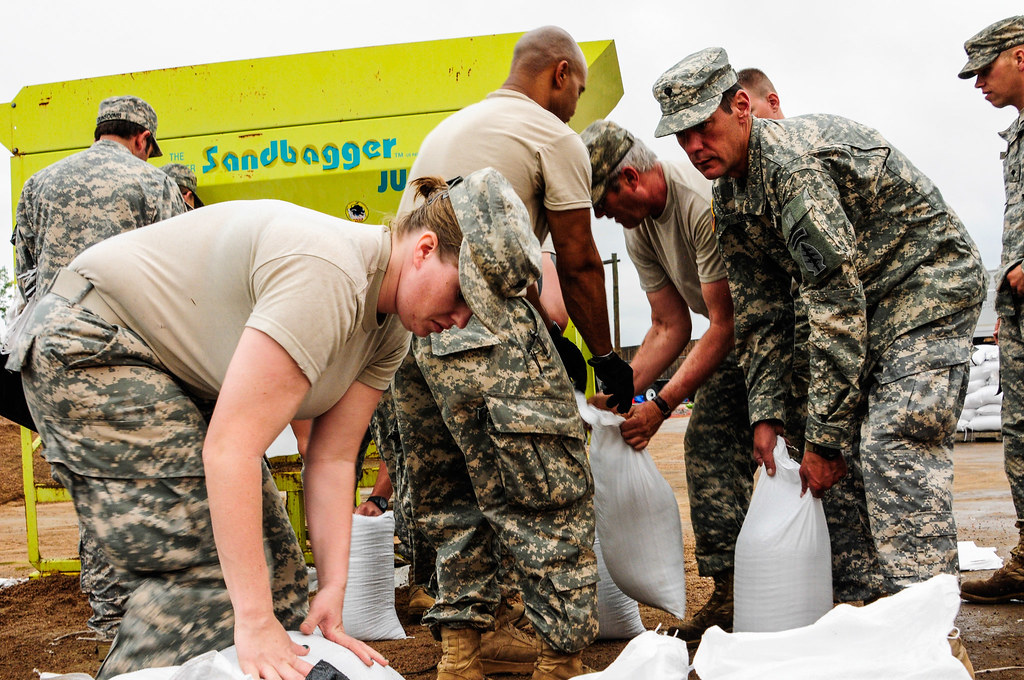 News bulletins in recent weeks have been full of references to natural disasters, floods in Western Europe, India and China, wildfires from California to the Mediterranean and even Siberia. Few now still doubt that climate change is happening and its impacts are affecting ever bigger parts of the world, more frequently and more violently. Trying to respond to these disasters and save lives and property, public rescue services and volunteers are reaching their limits, and things get even more complicated because of the continuing pandemic. Our civil defences are being attacked by the forces of nature and they / we are in danger of losing the battle outright.

In such a desperate situation, whom would you call to help? The answer seems to be unanimous across countries and regions: bring in the troops! It is not something new but now it is done more systematically, because the needs are greater and disasters strike one after the other. It is not only massive floods and fires but also hurricanes and earthquakes, volcanic explosions and oil spills, industrial accidents and of course pandemics. None of these threats are immediately associated with the role of the armed forces, but in the absence of major war, thankfully, in most parts of the world, these are the threats that put in danger the lives and well-being of the citizens that the armed forces are meant to protect. The military has the number of people, the logistics, the engineering and other expertise necessary to take decisive action and hopefully beat these non-human enemies too.

This role of the militaries has to be publicly acknowledged and included in training and other activities, so that its effective performance can be improved. There are many crucial questions that can be posed in that regard, like: When should the military be called in and who makes the decision to call them? In a civil defence operation who has the final word, the civilian or the military authorities, and how do they cooperate throughout such efforts? Are the relevant expenses covered by the defence budgets or are they reimbursed from the civil defence budget? Are the military vehicles and other equipment used by the armed forces suited for civil defence tasks, like firefighting, extracting people from flooded areas, taking care of injured people and even vaccinating people, distributing supplies, etc.?

Many of these questions have been answered in practice, more or less satisfactorily, in most countries by most national administrations. But have they been learning with time and from each other, are they coordinating across borders when more capacity or expertise is needed in a country particularly hit? You may be surprised to know that there are multilateral cooperation mechanisms within the European Union and at the United Nations for civil-military cooperation in emergencies. What may be more surprising, though, is that there is such a coordination mechanism, right at the centre of military cooperation par excellence, in the North Atlantic Treaty Organisation (NATO). In place already since 1998, the Euro-Atlantic Disaster Response Coordination Centre (EADRCC) ”coordinate[s] aid provided by different member and partner countries to a disaster-stricken area in a member or partner country. The Alliance also established the Euro-Atlantic Disaster Response Unit, which is a non-standing, multinational mix of national civil and military elements that have been volunteered by member or partner countries for deployment to the area of concern.” (from the NATO website) This, as a first instalment, and more surprises to come!

FOGGS, the parent organisation of Katoikos, has recently started a research and public information project entitled “Using military forces to defend against natural and human-made non-military threats” or Militaries for Civil(ian) Emergencies – M4CE in short. We are grateful to NATO for its support for the project, which is expected to produce a background paper on the topic, interviews with practitioners / experts, and eventually an online discussion later this year. We invite you all to follow the project’s activities, be informed about its findings and contribute your own experiences, views and ideas through the corresponding page on the FOGGS website and the dedicated social media pages on Facebook, LinkedIn, Twitter and Instagram. Bring in the troops indeed, with no arms, just with water hoses, spades, trucks, helicopters and lifesaving boats!