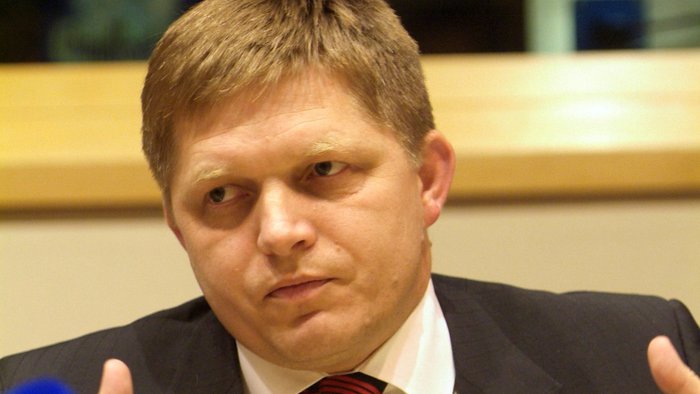 According to polls, Slovakian socialist party SMER-SD should have obtained between 32 and 40% of the votes during the general elections on 5th of March. The outcome is almost the opposite. SMER-SD, the party of the previous prime minister Robert Fico, obtained only 28.3% of the votes which changes completely the political landscape. In the Nàdornà Rada, the Slovakian parliament, SMER-SD secured only 49 seats (compared to 83 in the previous government) and is now forced to build a coalition. Now the question is: With who?

The right-wing Slovak National Party (SNS), led by Andrej Danko, received 8.6% of the votes, almost twice the support from the previous elections. SNS and SMER-SD already formed a coalition between 2006 and 2010 but it cost the SMER-SD a temporary suspension from the S&D (Socialists and Democrats) group in the European Parliament. Since then, the S&D group has kept an eye on Robert Fico, the leader of SMER-SD, whose party was suspended again from the group in September 2015. As a response to the migration crisis, Robert Fico, the prime minister at that time, said Slovakia would only accept Catholic refugees. “Given that Slovakia is a country where the Catholic Church dominates, followed by the Lutheran Church, we cannot tolerate an influx of 300 to 400,000 Muslim immigrants who would start building mosques all over the place”, said Fico. SMER-SD used the refugee crisis during its political campaign to curry favor with conservative voters — a strategy that has highly profited conservative and right-wing parties.

Nevertheless, the hypothetical 64 seats of a SMER-SNS coalition would be too few for a majority in the 150-seat Nàdornà Rada.

Center-right and eurosceptic party Freedom and Solidarity (SaS) obtained 12.1% of the vote. SaS, led by economist Richard Sulìks, has doubled its parliamentary presence to 21 seats since the previous elections, becoming the second largest party in Slovakia.

A dissident faction of SaS formed Ordinary People and Independent Personalities (OL’aNO) in 2011 and has become the third largest party in Slovakia with 19 seats.

Traditional parties born in the 90’s and the beginning of the year 2000 are losing their popularity such as the Christian democratic SDKÙ and the KDH, both without any MP at the national level – but they still have one member of the European Parliament each.

On the opposite side, two recent parties entered the Rada including We Are a Family (SME Rodina), a liberal party founded in 2015 by businessman Boris Kollàr, which obtained 6.6% of the vote, corresponding to 11 parliamentary seats, and the extremely conservative People’s Party Our Slovakia (L’SNS), a bad surprise for Slovakian democracy. The far-right party is considered to hold neo-Nazi and eurosceptic sentiments, according to several media outlets. In 2006, the party was considered illegal and forced to quit politics, transforming itself into a civic organization with Marian Kotleba becoming its new leader in 2009. While L’SNS obtained only 1.6% in 2012, this year it claimed 8% of the vote, allowing it become the fourth biggest political force in parliament with 14 seats.

The remaining parties which garnered enough votes to form part of the government are MOST-HÌD, representing the Hungarian minority, and #SIET, both center right.

President Andrej Kiska declared the 18th of March as the final day for former prime minister Robert Fico to form a coalition. Both Fico and SNS leader Andrej Danko agree that a stable government in Slovakia rests on cooperation between their parties. Meanwhile, representatives of Siet and Most-Híd have declined to take part in the official talks. Fico made it clear that this is just an initial meeting with others to come in the future. Whatever the results may be, one thing is for certain:  a SMER-led coalition will be a difficult task given the puzzle of the different political parties in a country which is due to assume the next EU rotating presidency.