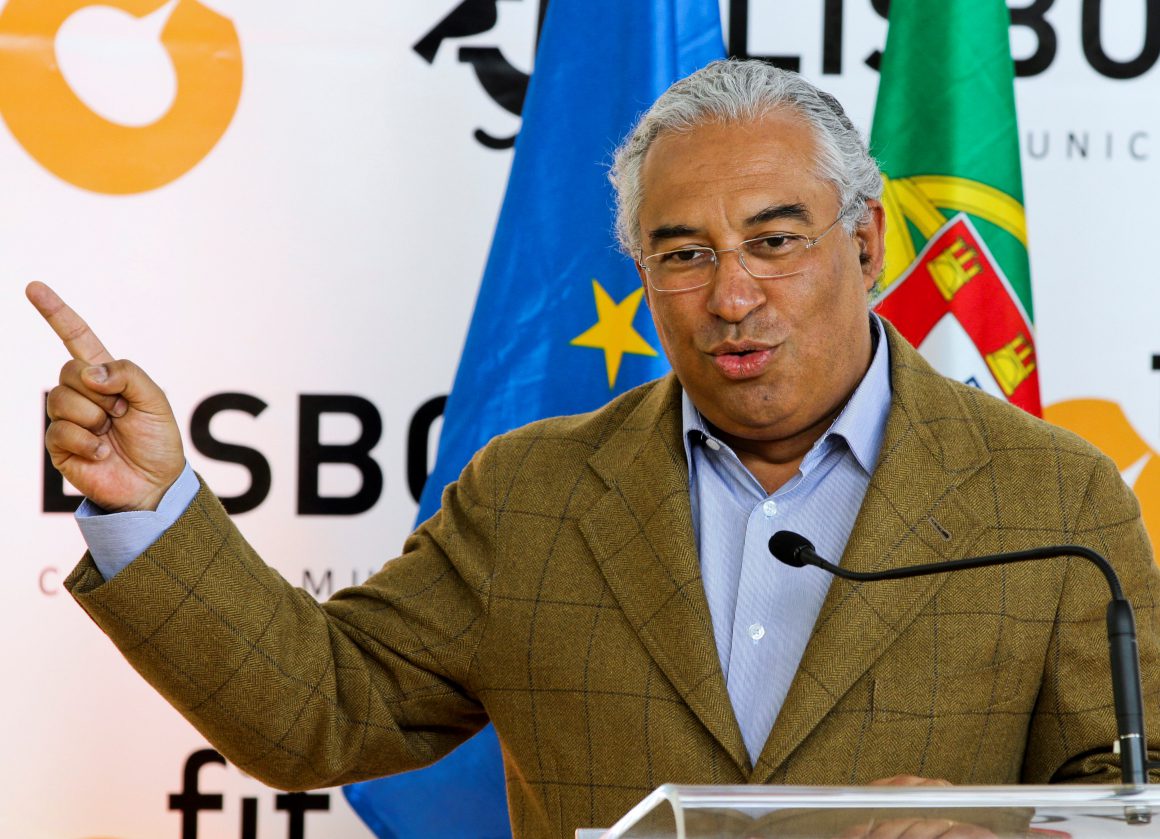 As expected, the shaky Portuguese right-wing government led by a centre-right coalition fell, toppled by a left-wing alliance. Considered by many as a milestone, the collapse of the Portugal à Frente coalition paved the way for a left-led government headed by the alliance formed by the Socialist Party (PS), the Left Bloc and the Communist Party together with the Greens. After a motion of rejection to remove the government carried out by the left alliance, 123 MPs voted in favour of the motion and 107 MPs voted against it. The final decision was then in the taciturn president’s hands, Aníbal Cavaco Silva, who nominated the Socialist secretary-general António Costa as prime minister, after almost two weeks of political deadlock and pressure from the left.

After the October 4th general elections, Portugal suffered moments of political impasse, with the country divided between factions, one apparently in favour of paying higher taxes and the other composed of the anti-austerity citizen bloc. Overall, the Portuguese people do not believe in utopias, however, they feel as if there is nothing more to lose. After years of social rights suffering enormous blows, a shrinking middle class and increased poverty, an opportunity presented itself to the left to jointly rescue a country slowly rising from the ruins. Some call it a coup d’état, others a remarkable moment for Portugal. “We don’t have a coup here: we have democracy. Whoever lacks the votes in the national assembly cannot govern,” said Catarina Martins, the leader of the Left Bloc. While the president was disregarding his political role by nominating Costa, an online petition was circulating urging the president against nominating the left-wing coalition whilst the JSD, the youth sector from the Social Democratic Party (PSD), created an online flyer featuring Lenin, circulating misinformation by implying the country would be ruled by radicals. Later on, president of the CDS/PP, Paulo Portas, delivered a speech upholding the same line of thought, focusing on the sinister threat of a fragile Communist Party in Portugal. In turn, Antonio Costa declared that “the nervous reaction from the right would soon be replaced by a responsible stance.” Furthermore, the PS secretary-general reassured external creditors – ECB, EC and IMF – on the viability of his social reformist programme and Portugal’s obligations to its lenders.

What is the Left Compromise?

The joint position among the three parties is, however, the result of a positive transition amongst the vast differences and divergences of the various factions. The three leaders – António Costa, Catarina Martins and Jerónimo de Sousa – have agreed on substantial matters rather than focusing on sensitive and disruptive questions such as the EU or NATO. Above all, the collective consciousness about the current situation in Portugal is common to all the actors; therefore, measures with a beneficial social impact as well as those focused on reducing the economic asphyxia in the country are a priority and serve as the engine which made the mutual agreement possible.

Briefly, the PS, the major force of the leftist coalition in government, claims that its programme will reduce the deficit to below 3% by 2016, lower the VAT to 13% in the restaurant sector, ensure that a majority stake in TAP remains within the State, increase the minimum wage to €600 by 2019, cancel transport privatisation of Lisbon and Porto, cancel fees for abortions, cut down fees and restore transportation for hospital patients and ensure there are fewer students per class as well as provide free textbooks. Hence, the PS, the Left Bloc and the Communist Party/Greens are all in consensus regarding these measures and have officially declared them in their joint statement.

At the European level, the chair of the EPP in the European Parliament, Manfred Weber, has shared depreciative comments on Twitter, saying the “future of the people and Portugal’s stability are at stake. Left-wing parties act against the will of the voters and the winners of the elections.” In return, former MEP and LIVRE/TDA leader Rui Tavares has fired back, wittily asking the MEP whether he was able to count. “Is 123 MPs less than 107? Do not confuse things further,” he accused. Ironically, one day after the government’s fall, Lisbon started the session leading the European stock market in gains. Ambrose Evans-Pritchard, The Daily Telegraph’s international business editor, has not hidden his contentment over the upturn of politics in Portugal; moreover, Evans-Pritchard claimed Germany has lost a key ally in the southern country, the “good student” who scrupulously  followed the German recipe in a somewhat dubious policy of indebtedness. By overthrowing the right-wing government and thus forming a left bloc of anti-austerity opposition, there is a possibility that it may spill over to their Spanish neighbor should PSOE (Partido Socialista Obrero Española) win the upcoming election and form a coalition with the left-wing parties. “There would then be an emerging ‘Latin bloc’ with the heft to confront Germany and push for a fundamental overhaul of EMU economic strategy. At the very least, the political chemistry of the eurozone would change beyond recognition,” analysed Evans-Pritchard.