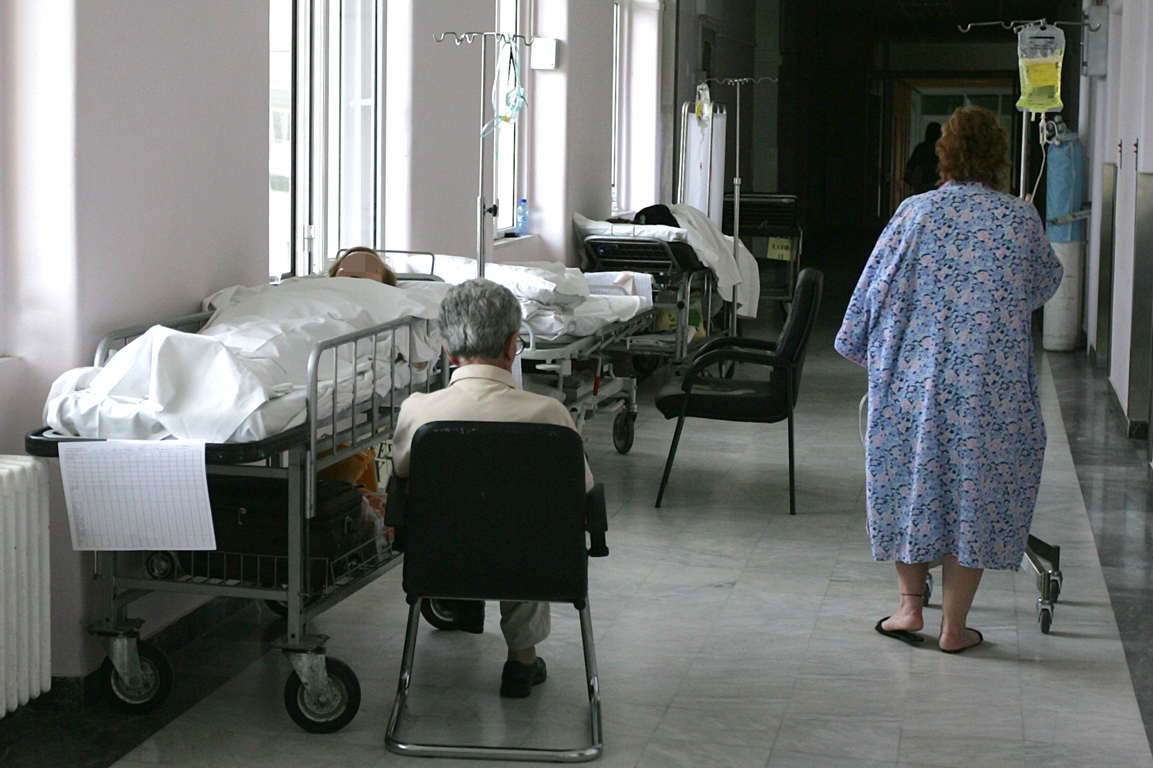 Europeans have been bombarded with analyses on the financial and economic dimensions of the Greek crisis, but mainstream media outlets have paid little attention to its most concrete impact on everyday life.

Most alarming is the situation of the healthcare system in Greece. It is an emergency.

Human rights encompass the right to health, a widely-shared principle enshrined in any European constitution, the EU Charter of Fundamental Rights and the Universal Declaration on Human Rights.

The Greek Constitution provides that “the State shall care for the health of citizens and shall adopt special measures for the protection of the young, the elderly, the disabled and provide relief for the needy.”

Article 35 of the EU Charter states that “everyone has the right of access to preventive health care and the right to benefit from medical treatment under the conditions established by national laws and practices. A high level of human health protection shall be ensured in the definition and implementation of all Union policies and activities.”

Similarly, article 25 of the UN’s Universal Declaration on Human Rights states that “everyone has the right to a standard of living adequate for the health and well-being of himself and of his family, including food, clothing, housing and medical care and necessary social services.”

My grandmother broke her femur not long ago. She lives in a tiny village in North Euboea, Pappades, and the nearest hospital that could deal with her situation is 90 km away; two hours by mountain roads. But the long journey itself didn’t even begin until 20 hours after we had called the ambulance, which came all the way from Halkida, the capital of Euboea.

Upon arrival at the hospital, she had to wait two more hours until a doctor could take her for an X-ray. After that, she was assigned a bed in a room occupied by six more people. The doctors and paramedics were very capable but scarce in number and lacking in resources. We were asked to go out and buy most of our own pharmaceuticals, antibiotics and gauzes.

What I saw visiting my grandmother in hospital was staggering. The hospital structure was in clear decay: dirty, smelly and leaky-roofed. The mattresses must have been some sixty years old and were hard as rocks, which caused most elderly patients develop bedsores. Under these conditions, infections are a major cause of death.

My grandmother was operated on after five days of waiting. Fortunately, the operation was successful. Like many others, she had developed a very painful lumbar bedsore. But the hospital could not do any more for her. “We can’t afford any more care” is what we were told, being left to do no more than take grandma to my uncle’s home and pay for a surgeon that would come regularly to treat her bedsore. These surgical operations did not take place in an operating theatre but in a regular house, with all the risks that come with this. Can this be acceptable in the European Union of 2017?

Grandma is slowly recovering, but not without significant sacrifices from four siblings and their families. Eight months have passed, and all the while she has been treated at home, we her family paying for the treatment.

Austerity measures had already made welfare practically extinct, and the same now is happening to healthcare. According the Bank of Greece, 80% of Greeks can’t afford a health insurance policy. According to Eurostat, 36% of the Greek population is at risk of poverty, while 15% of Greeks are living in extreme poverty. At the same time, 71% of unemployed citizens live in absolute poverty.

My many chats with patients revealed disquieting issues. Among them, the non-existence of institutionalised prevention. Most commonly, women over 50 years old in today’s Greece almost never undergo a mammography. Almost as common are deaths at the age of 60 due to untreated diabetes; above all a result of inadequate dissemination of information. I also heard about a cancer patient who had committed suicide because of the unbearable pain, unable to pay for treatment.

I have talked with people striving to access unavailable cancer medicines, traipsing from one hospital or pharmacy to another. Those who have healthcare know they are lucky. I have seen “social pharmacies” that try to supply citizens with the aid of private supporters, where people wait in long queues.

On top of this, a cultural problem makes the system even more restrictive. It is now common practice for patients to give doctors “gifts”, usually ranging from €200 to €1,000, in order to ensure they receive good treatment. Many doctors do not accept money, but others do and even urge donations.

This “system” dates back to long before the crisis.

Medical personnel who are lucky enough to be employed in Greek hospitals do usually enjoy fair living standards. But arguably there are also those who would be unable to make ends meet were it not for such “gifts”.

The Greek healthcare system has been suffering the consequences of unbearable shortages since 2010. Even then, the gap between Greece’s healthcare expenditure (5.9% of GDP) and that of other EU member states was significant. Today, according to Eurostat, Greece’s healthcare expenditure rate is 8.3% of GDP. Not because real spending has increased, but because GDP has decreased from €236.5 billion ($299.4bn) in 2010 to €175.7 billion ($195.7 billion) in 2016. And it looks even worse if we consider the contraction of the euro-dollar exchange rate. At the same time, the public debt/GDP rate shot up from 146% to 177%.

As a result of this situation, Greece cannot buy its citizens most of the pharmaceuticals they need, and many Greeks can’t buy themselves an appropriate treatment.

What can be done?

Not only does the Greek healthcare system need to be exempt from further cuts, it also needs more investment than in pre-austerity days. Although, in its current condition, it might actually need humanitarian aid. The EU will not help. In fact, the measures the bloc has imposed are part of the problem.

When one scrolls down the European Commission’s “Civil Protection and Humanitarian Aid Operations” page the only operations mentioned are in the refugee and migrant policy area. No policies have been elaborated nor statements made by EU leaders to address the dire situation in Greece.

It seems that a proven record in addressing external issues – such as undocumented migration – gives Europe greater international legitimacy as the “ultimate bearer of human rights” than it could hope to gain from any policy of internal solidarity. After all, migration and refugees are consistently a hotter issue than some poor Greeks getting poorer.

Depriving Greece of its right to health may not be much of a problem for the EU. But sooner or later someone will notice the discrepancy between the ideals of the EU’s charters and the actual situation. So, dear Europe, isn’t it time to allow my grandma, along with all Greeks, the dignity of hospital care?