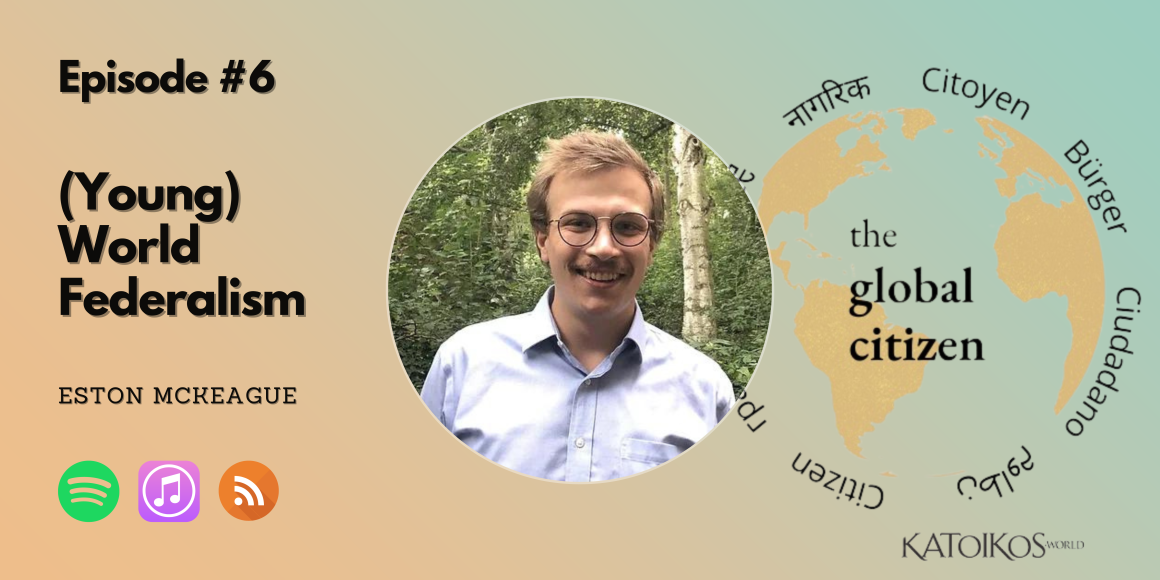 Today’s show is about one of my favorite topics around politics, one that fascinated me ever since I was a student of political science. That topic is federalism, more specifically world federalism, the idea of uniting the entire world under a federal system of governance.

My guest for the day was Eston McKeague, the president of the Young World Federalists and a member of the Board of Citizens for Global Solutions. Eston is a passionate world federalist and advocates for a youth-led movement to unite the world. We had a great conversation about his organization, the Young World Federalists, how that initiative came to be and what it’s all about, and some of its notable work.

We also covered federalism in general, examining its history, its current state, and how it might work as a globalized system, which is the ideological basis of the world federalist movement. Many thanks to Eston and the YWF! Links: