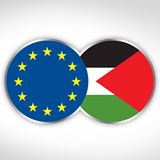 On 17 December 2014 the European Parliament adopted – with 498 votes in favour, 88 against and 111 abstentions – a non-binding resolution on the recognition of the state of Palestine. This was a move of symbolic value, with no practical effect, since diplomatic recognition rests with individual EU member states. The vote came in the wake of Sweden’s decision to recognize Palestine, and votes in several national parliaments, including France, Ireland and the UK, which urged the respective governments to do the same. The vote in the European Parliament reflected a lukewarm compromise among Europe’s main parties, declaring that the Parliament “supports in principle recognition of Palestinian statehood and the two-state solution, and believes these should go hand in hand with the development of peace talks, which should be advanced”. 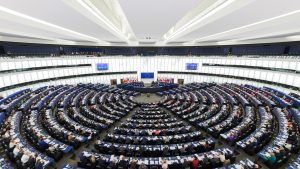 The Socialists and Democrats, the European Left and Greens had called for a symbolic vote to recognize Palestinian statehood, immediately and without conditions. But the European People’s Party, the majority group in the European Parliament, along with the Alliance of Liberals and Democrats for Europe, opposed the motion. Their position was that recognition should only form part of a negotiated agreement with Israel; thus the halfway compromise was eventually adopted.

EU states have been generally supportive of the rights of Palestinians, and have been voting in favour of annual United Nations General Assembly resolutions in this regard. In terms of formal recognition, though, Sweden was the first Western European country to take such a step. Several Eastern European countries, including Bulgaria, Hungary, Poland and Romania, as well as Malta and Cyprus, have recognized the state of Palestine since before joining the EU in 2004.

Along with the vote in the European Parliament, the European Court of Justice ruled, also on 17 December, that the listing of Hamas as a terrorist group was legally flawed. It gave EU member states three months to come up with solid evidence, otherwise Hamas should be removed from the EU list of terrorist organisations. As expected, Israel’s Prime Minister, Benjamin Netanyahu, was not very happy about the two events. He said the moves in Europe were an example of “staggering hypocrisy” and invoked the Holocaust: “In Geneva they call for the investigation of Israel for war crimes, while in Luxembourg the EU court removed Hamas from the terror list … It seems that too many in Europe, on whose soil 6 million Jews were slaughtered, have learned nothing.”

Regarding the Mandate of Palestine, granted to Great Britain by the League of Nations, the ‘Question of Palestine’ has remained unanswered for many decades, with increasing complications as time goes by. The 1947 UN plan, which proposed the partition of historic Palestine between an Arab and a Jewish state, with Jerusalem as international territory, was rejected by the Arabs at the time, who claimed ownership of the entire territory due to their numeric preponderance. The post-Holocaust establishment of the state of Israel, Jewish migration into- and Arab refugee flows out of Palestine, along with various wars that Israel has won, have now led to a very different reality. In the process the Arabs of Palestine became what we today know as Palestinians, squeezed into the densely-populated Gaza Strip and the West Bank that is dotted with Jewish settlements, and controlled by the Israeli Army. Palestinians also live as refugees in large numbers in Jordan and Lebanon, as well as in Syria and other parts of the Middle East and beyond.

Interestingly enough, it is the EU itself, rather than its member states, which participates through the High Representative for Foreign Affairs and Security Policy in the Middle East Quartet that attempts to mediate the Israeli-Palestinian conflict. The other three members of the Quartet are the US Secretary of State, the Russian Foreign Minister and the UN Secretary-General or his representative, the UN Special Coordinator for the Middle East Peace Process. De facto subordinate to US involvement in the region, whatever relevance the Quartet had has now faded away with the reactivation of US diplomacy, with an initiative by Secretary Kerry.  This initiative finally died together with more than 2100 Palestinians and some 70 Israelis during the latest Israeli attack on Gaza in the summer of 2014.

Nonetheless, the Quartet formally continues to exist, and even has a Special Envoy who travels to the region and makes statements, in the person of former UK Prime Minister Tony Blair. It is interesting that the infamous Mr. Blair, not least because of his role in support of the US invasion of Iraq, is representing Europe and the UN, along with the US and Russia, vis-à-vis this core Middle East conflict. A review of Europe’s involvement in the region and its participation in the Quartet should be conducted with urgency by the new High Representative, Ms. Mogherini, in light of the growing sense of unease in Europe regarding Israel’s aggressive settlement policy, and the lack of progress in the peace process.