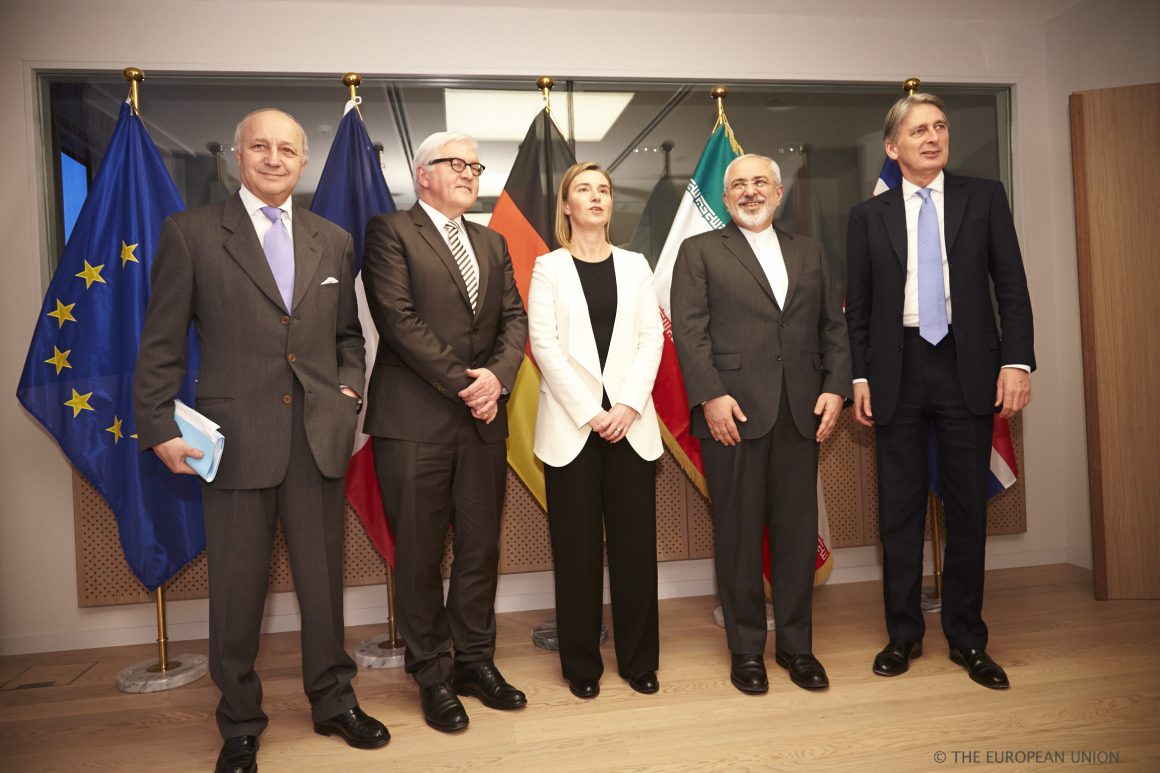 On 16 March 2015 the Iranian Foreign Minister, Javad Zarif, was in Brussels for talks with High Representative Mogherini and the Foreign Ministers of France, Germany and the UK. This was part of the six-power talks (the five permanent members of the UN Security Council plus Germany) with Iran on the latter’s uranium enrichment programme. The three European powers that participate (E3) coordinate with the EU High Representative, who has played a catalytic role in the talks with Iran, including from the times of Catherine Ashton, Ms. Mogherini’s predecessor.

Following the talks in Brussels, “the E3 Foreign Ministers and the High Representative stressed their determination to work towards reaching agreement with Iran on a solution that would address all concerns of the international community on the exclusively peaceful nature of the Iranian nuclear programme”, according to a press release issued by the European External Action Service (EEAS). Ms. Mogherini expressed her confidence that the Brussels talks would help advance the overall process, which is supposed to reach a political framework agreement by the end of March. An EU political director would join, as of 17 March, the US-Iran bilateral talks taking place in parallel in Switzerland, and would be joined by E3 political directors on 18 March.

16 March was also the day of the EU Foreign Affairs Council (EU Foreign Ministers) in Brussels, chaired by Ms. Mogherini. The topics covered included stability in Africa, the external aspects of EU policies on migration and asylum (with the participation of Commissioner Avramopoulos), active support for the political dialogue for Libya, Bosnia and Herzegovina (decision to enter into force the Stabilisation and Association Agreement). Two new EU Special Representatives (EUSRs) were approved by the Council following a proposal by Ms. Mogherini, namely Fernando Gentilini for the Middle East and Peter Burian for Central Asia. They were added to the existing seven EUSRs, who deal with Afghanistan, Bosnia and Herzegovina, Horn of Africa, human rights, Kosovo, Sahel, South Caucasus and the crisis in Georgia respectively.