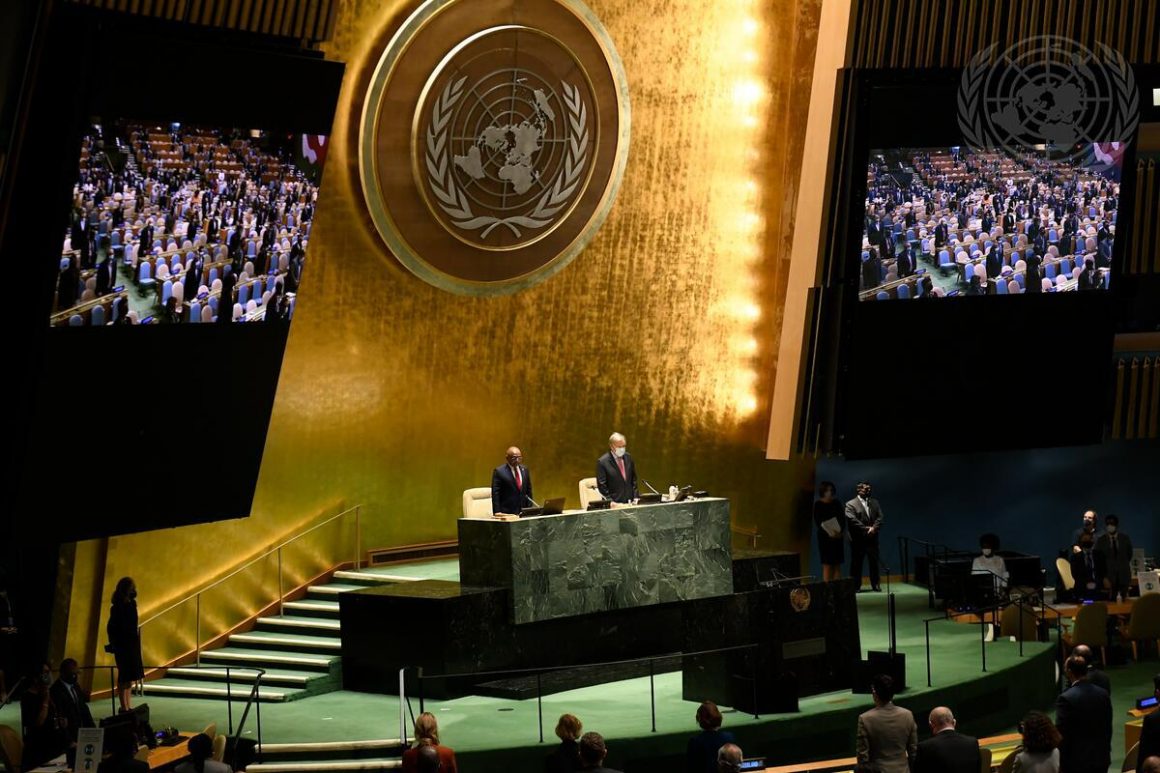 The annual meeting of the “global village chiefs”, also known as “General Debate” of the United Nations General Assembly is due to start this coming Tuesday, 21 September 2021. It is the opening of the 76th session of the world body and is planned as a hybrid event, because of the continuing pandemic concerns. Nonetheless, many leaders from around the world will be attending in person, thus marking a relative return to normalcy, after the havoc caused by COVID-19.

It was quite unfortunate that the symbolic 75th anniversary of the United Nations was commemorated somberly in the midst of the pandemic, with video messages sent by leaders and in an atmosphere of disarray, with countries in competition for personal protective equipment and medical supplies, border closures, and recriminations about the origin of the virus. The arrival, at an impressive speed, of effective COVID-19 vaccines and the establishment of clear protocols for safe interactions have stabilized the situation in the developed world.

The lack of solidarity, though, with developing countries, where vaccinations lag far behind because of the scarcity of both doses and funds, is quite telling, despite expert warnings that nobody is safe until everybody is safe. Other challenges also continue to manifest themselves, notably the climate crisis, which this year contributed to an infernal Northern Hemisphere summer of high temperatures and wildfires around the Mediterranean, but also in Canada and Siberia, devastating floods in Western Europe, India and China, and water scarcity and food insecurity in parts of Africa and Latin America.

The theme of this year’s UN General Debate is “Building resilience through hope – to recover from COVID-19, rebuild sustainably, respond to the needs of the planet, respect the rights of people and revitalize the United Nations”. A lot of ambition in one title with all the right elements, but is anything going to come out of this in practice? Multilateralism has reached a low point recently and the worrying signs concern more than sustainability and resilience, human rights and the United Nations, as important as all of these are. Broader instability and great power confrontation seem to be on the rise, notably between the USA and China, potentially threatening international peace and security.

Can the world (re)discover a sense of common purpose and embark on collective action against the many threats that humanity is facing, instead of retreating to narrow national or regional interests? Responding to a request by world leaders included in their UN75 Declaration of September 2020, UN Secretary-General Antonio Guterres presented on 10 September 2021 his report “Our Common Agenda”. In it, the Secretary-General issues a “wake-up call” and points at two alternative scenarios, one “of breakdown and perpetual crisis” and the other “of breakthrough and the prospect of a greener, safer, better future”.

“Our Common Agenda” is a far-reaching effort to reinvent multilateralism – “a stronger, more networked and inclusive multilateral system, anchored within the United Nations” –  and adjust it to today’s requirements, in the spirit of the UN Charter and established frameworks like the 2030 Agenda / Sustainable Development Goals (SDGs) and the Paris Agreement on climate change. Among other things, the Secretary-General proposes a repurposed Trusteeship Council, a “Futures Lab”, a periodic “Strategic Foresight and Global Risk Report”, a “Global Digital Compact”, and an “Emergency Platform” for responding to complex global crises. A lot of emphasis is put on engaging the youth and achieving gender parity. The Secretary-General intends to establish a High-level Advisory Board “to identify global public goods and other areas of common interest where governance improvements are most needed, and to propose options for how this could be achieved”. All this will be put before world leaders at a “Summit of the Future” to take place in 2023.

Katoikos welcomes in principle the Secretary-General’s proposals and notes with satisfaction that many of them are very close to proposals that our parent organization, FOGGS, has put forward through its UN2100 Initiative and other projects. We look forward to the two years leading to the “Summit of the Future” and to the further elaboration of the Secretary-General’s proposals and those of the High-level Advisory Board that he will set up. We will be following closely the unfolding of this process through articles by our regular and guest authors, the Katoikos UN75+25 Generation, and our partners from around the world.

A number of online events will be taking place on the sidelines of the UN General Assembly’s General Debate and the parallel Climate Week. You may be interested in tuning in to the following: