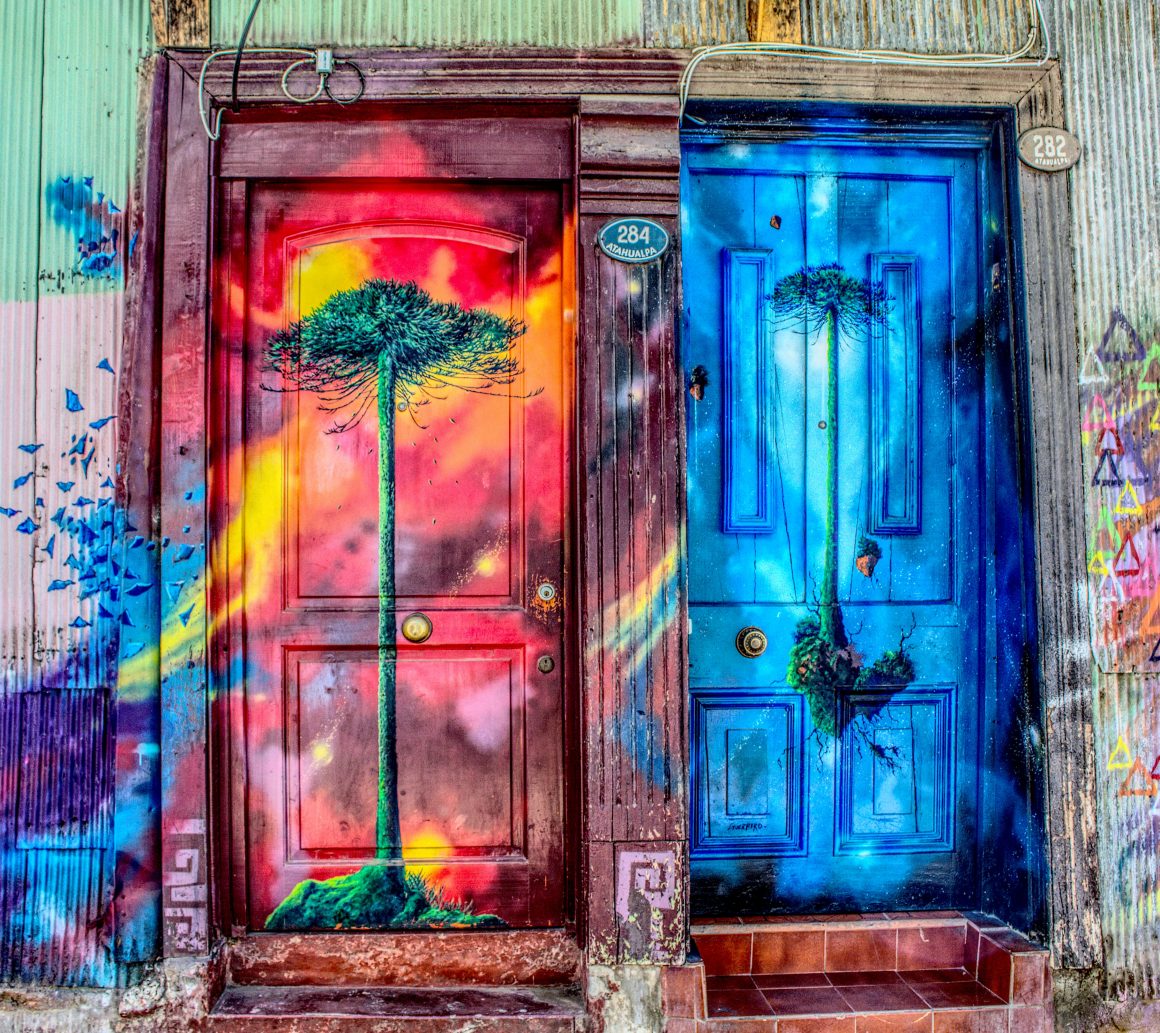 On 24 March, I had the privilege to moderate a fascinating virtual conversation on the role of narratives in shaping societies. Titled ‘Stories of Love and Hatred – Narratives that Shape our Present and future,’ (Historias de amor y odio – las narratives que dan forma a nuestro presente y futuro), the panel was made up of the following members:

Leonardo Garnier, Costa Rican economist, professor at the University of Costa Rica and former Minister of Planning and Minister of Education. He is also a writer of fiction for both children and adults.

Francisco Goldman, American novelist and journalist based in Mexico City, and professor of literature at the Trinity College in Hartford Connecticut. His books include The Art of Political Murder and, Say Her Name. His latest work is an autobiographical novel, Monkey Boy.

Nina Pacari, Ecuadorian jurist of the kichwa indigenous nation, and a leader in the indigenous rights movement. Former Minister of Foreign Affairs and judge of the Constitutional Court, she now heads the Pacari Institute of Indigenous Sciences.

The conversation ranged over various topics related to the role of narratives – the different kinds of narratives and stories being told in the world today and how they have evolved, the link between narrative and identity, the power of the arts, the role of young people and the influence of social media among others.

FOGGS organized this discussion as part of its quest for a new collective narrative of hope that can help build a more inclusive, just and sustainable world.

The panellists brought very different perspectives to the topics and, at the same time, coincided on some fundamental ideas. To mark World Art Day, here are some of the key takeaways from the event regarding the arts, esthetics, and the narratives imbued in them:

Narratives give us an identity and meaning to our lives and to the world.

In the words of Leonardo Garnier:

It helps us – and others — to see ourselves and to understand our own experiences.

Francisco Goldman said this, about writing Say Her Name, an autobiographical novel about his love for his wife, Aura, and her sudden, tragic death:

I wanted to get as close as possible, through my writing, through memory, through empathy, imagination, poetry, to Aura. Who was this person that I loved so much? That famous quote from Proust about love and death having something in common – it´s talking about the mystery of the personality. Why do we love a person? What is the essence of that person? When that person dies, where does she go? And if you can capture that person in words, does something of that person survive? I also wanted to look at my own pain, my own life. I simply wanted to see it with clarity, with honesty without lies. If you can clearly see that traumatic experience of mourning, capture it, write about it well, you are going to help people. There are going to be people who recognize themselves and not feel so alone.

In the 1990s, indigenous peoples become more visible. Narratives started to change, not only around the economy or education but around ideas of a new kind of state. They go beyond the narratives of class struggle or the struggles of union movements or the fight for land rights. Land for indigenous peoples means their own territories and autonomy.  The indigenous movement has contributed new paradigms to Ecuador and to Latin America – new concepts, new praxis, toward a life of greater equity and the principle of sumak kawsay (the good life). We have even had visitors from Asia and Europe to see what this is about.

But this concept has become too distorted with the intent to absorb it into other cultures. They do not consider even from an academic perspective the aspect of the collective subject of rights. This is completely different from the sum of individual wills. It’s about collective entities with its own history and memories. From that standpoint, indigenous peoples have also contributed to the consolidation of democracy, for example approaches to consensus building.

We used to tell stories around the fire, about history, about the economy and about politics. But now we are in such a rush with all the technology that we do not even talk with those by our side. We need to think about how to reflect, pause and start over.

The arts play a crucial role in shaping narratives and in giving meaning to life, hence also in social and political change

One book that caused a great impact in me when I was studying economics was a book called The Joyless Economy, by Tibor Scitovsky. Scitovsky puts forward an idea that seems very simple. He says, ‘Look, supposedly in economics, the increase in production and having more goods makes people more satisfied, more contented, happier. But if we compare the level of life toward the end of the 19th century and the level of life in the 1970s – which is when he wrote the book – the quantity of goods is infinitely greater, and people should be infinitely happier. Yet, in all the studies about how happy people were a hundred years ago and how happy they are now, there isn’t a big difference.’  What he says is that human beings need material comfort, but they also need stimulation, excitement, something that gives meaning to their lives. And among those stimulating activities is art. Also relationships with others. Scitovsky shows that developing a taste for the arts and for esthetics turns out to be super important for human beings, yet it is something the market economy does not do well enough.

When I entered the Ministry of Education, one of the things we insisted on was that while one of the objectives of education had to be training for economic life, for future productive work and for having an income, education also had to be about sharing life with others, learning to enjoy the company of others, to appreciate artistic expression.

Art and culture form part of the principle of integrality in the life of indigenous peoples. Economic and political activity and the institutions would have no meaning if we did not have the arts and esthetics. They are what give meaning, that integrality, harmony and balance. But this ideology of domination has undervalued the artistic and literary production of the indigenous peoples. At best, they have been reduced to crafts.

We have fabulous painters, including women. I remember in 1992 or 93 we organized a painting competition among the indigenous nationalities.  One woman came with an enormous painted rock that had to be carried by several men. We call it mamarumi or mother stone. It was not only a painting. It told a story, not only of her family but of her whole village. It was a beautiful piece of artistic expression.

I would add to our artistic production our symbols – geometric symbols, mathematical symbols, and some related to nature. One of them is the chacana, which in the West in known as the Southern Cross. For us, it symbolizes fundamental principles, such as complementarity, coexistence, horizontal relationships under conditions of equality, reciprocity and proportionality. Symbols are what have allowed us to survive. When we look at colonial architecture, particularly the churches, which were built by our ancestors, we can find our symbols there, for example in the famous Jesuit Church of Quito.

I am a novelist – it’s my vocation, my love. Whether I do it well or badly, I feel that it was what I was born to do. The only way to write novels is for each writer to write what preoccupies him or her. You cannot tell a writer, ‘You have to write this, about this topic.’ Novelists are going to write what is within them, their own thoughts, feelings, mysteries. It is a constant search. You are searching always, the ugly, the beautiful, the painful, the joyous, everything. Then you are trying to connect all that to the world.

I am against prescriptions and rules for writers. That is the enemy of the freedom of creation. But that doesn’t mean that novels do not have their place in a collective struggle.

You see the progress being made by the black community in the United States, for example. It’s a community that has very much united over the past years. They have had an enormous impact on all of our daily lives. Obviously, there are politicians and activists, but all the voices has been very, very important, including the novelists and poets – Toni Morrison, James Baldwin…Of course they have had an impact. But that isn’t something a writer can expect. You launch your novel into the world and it’s something that others will decide.

And some ideas for the future

Francisco Goldman on healing the narratives:

We have to come together after this pandemic goes away. With our friends in cantinas and bars and talk. We have to make a change in the way we think and use our time every day. Think about how we can make good use of our talents. You have to seek change through many different kinds of influences. We can do better.

Read more of what the speakers had to say at the event here, or watch the whole thing below.