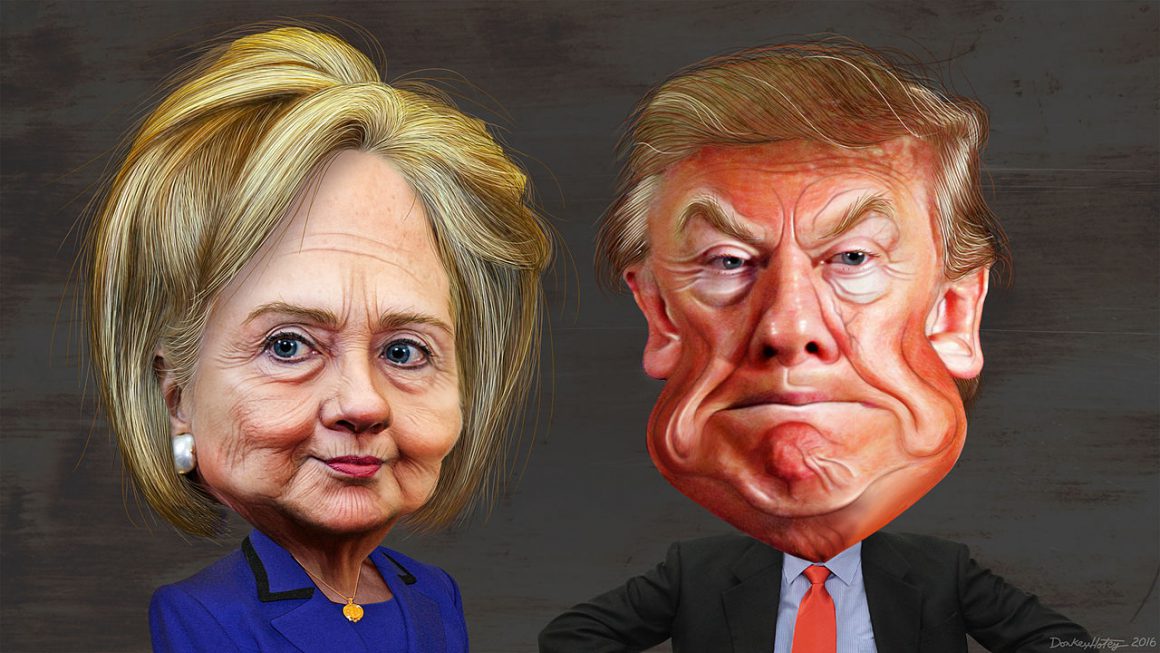 In this year’s US presidential election, Europe is sticking to its guns once again favoring a Democrat over a Republican. But, this time, the reasons are quite different.

In this year’s US presidential elections, Europe is sticking to its guns once again favoring a Democrat, Hillary Clinton, over the presumptive presidential nominee of the Republican Party, Donald Trump. A YouGov poll showed that Ms. Clinton would win 46 per cent of voters’ support to just six per cent for Trump, if Europeans were the electorate for the 2016 presidential elections in the United States.

Historically, Europeans, especially those residing west of the former Iron Curtain, feel closer to the center-left of American politics and the Democratic Party. While Obamacare, contested by Republicans, struggles to survive, universal health care, free education, unemployment benefits, retirement pensions and myriad other welfare programs stand as a source of national pride to many European nations.

Europeans have often found themselves rallying behind Democrats, throwing their full support to anyone from Bill Clinton to Barack Obama and now Hillary Clinton. We remember that back in 2008, a Gallup poll had European citizens preferring Barack Obama to John McCain by nearly 3-to-1, with only the Baltic countries rooting for the Republican candidate and his purported “stronger stance” against Russia.

Throughout the campaign, Ms. Clinton has indeed painstakingly branded herself as the “safe” option who can prevent handing the presidency to the GOP (Republican Party) and prevent a political fiasco. With that in mind, it’s becoming clearer that the new American story will be born out of fear, not hope. At this point, in this two-horse race, Europeans are more concerned with keeping Trump out of the White House than with finding a kindred spirit in Hillary Clinton.

Hillary Clinton, Europe’s pick, has the highest unfavorable rating of any Democratic candidate in the past 30 years, according to the same YouGov poll. She’s a far cry from the glitz and heartfelt enthusiasm that Europeans universally felt for Barack Obama. None of the enthusiasm, hope for change or the frenzy that once turned Europe into Obamaland accompany the current presidential campaign.

Leadership in the United States is deep in the doldrums. The political offer is scant with candidates on both sides of the aisle turning against each other, wooing voters and swaying in the undecided. Whatever arguments Hillary Clinton strives to bring into the debate, Donald Trump quickly drowns out in a spate of populist messages and tacky remarks.

In a year of insurgency, battling a hysterical Donald Trump, Hillary Clinton is the “establishment” candidate. She is predictable, moderate, and an adherent of political correctness. With her at the helm, continuity is paramount and the Old America, with its principles, policies and promises, will keep the status quo intact. Presiding over a perceived slow decline of American power in the world and a lackluster “American dream”, Hillary Clinton’s term in office would be, first of all, business as usual.

Thus, the Democratic candidate is no longer the symbol of American renewal. For many Europeans, Hillary Clinton is closer to John McCain than to Barack Obama. Fairly or unfairly, her way of doing politics is seen as old, tired and unexciting; she is no longer able to transform the United States and the world. Assuming that she gets elected, Hillary must address the fact that the old liberal-progressive story advertised by Democrats is loosely sutured and coming apart.

On the other hand, we have an erratic, brash, assertive and unabashed Republican candidate, who, so far, has ridden the crest of an immensely successful bid to become president of the United States. No one could have imagined Donald Trump clinching the Republican nomination and having a real shot of becoming the 45th American president. Trump is the anti-establishment candidate, the embodiment of an intolerant, aggressive America obsessed with its exceptionalism, looking to close in on itself, determined to become “great again”. It is this very confusion, frustration and discontent that Mr. Trump takes advantage of, promising Americans a better deal if they put him in the White House.

As for the European Union, the best deal it can hope for is a victory of the establishment camp. A win by Hillary Clinton, albeit a tepid one, would ensure that the United States stays on course and keeps populist tendencies at bay. A Donald Trump presidency, on the other hand, with his disdain for the European Union and NATO, while currying favor with Vladimir Putin and picking fights with the mayor of London, will seriously hurt the relationship between the EU and US and endanger Europe’s security, according to officials in the EU institutions.