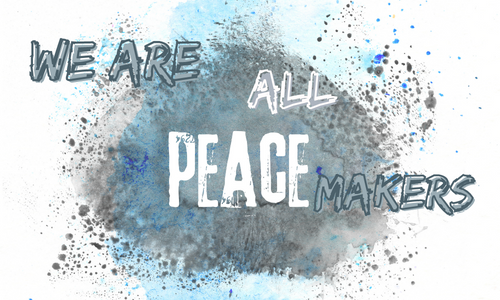 Seventy-seven years ago today, on 6 August 1945, the United States Airforce dropped an atomic bomb on Hiroshima, instantly killing an estimated 70,000 people – a number that would grow to about 140,000 over the coming year as radiation sickness took its toll. The bomb dropped on Nagasaki only three days later raised the total number of deaths to 210,000. These two horrific attacks marked the end of a World War that took the lives of over 40 million men, women, and children around the world.

Humanity had hoped never to repeat this tragedy again, in founding the United Nations and adopting its charter which vows to ‘save succeeding generations from the scourge of war.’ Yet today, we find ourselves harangued by a global narrative calling for increased militarization, in part due to the war in Ukraine.

Particularly in the Western countries, the predominant discourse around the Russia-Ukraine war is about providing increasing military aid to Ukraine and strengthening their own military capacities. The German government has announced a doubling of its defense budget and the same has been proposed by the ruling party in Japan – unprecedented and worrying steps for countries that have historically shown restraint in their defense spending.  NATO countries have committed to spending 2% of their GDP on defense, while most of them have not yet met the much lower target of 0.7% of GDP for official development assistance that would help achieve the Sustainable Development Goals (SDGs) around the world.

The rush to rearm may be understandable in the face of Russia’s aggression against a sovereign nation. What is worrying is that this narrative is overshadowing any calls for ending the violence through negotiation, pulling us all into the logic of war rather than the quest for peace. In this way, the war is not only a tragedy for Ukraine. It also threatens to derail the world at large from the commitment made at the end of the Second World War to resolve all conflicts through peaceful means

We must not allow the Ukraine war, as catastrophic as it is, to blind us to progress we have made toward realizing the core ideal of the UN Charter. Mechanisms set up under the United Nations, such as the International Court of Justice (ICJ), have helped to peacefully resolve many international disputes, some of which might otherwise have ended in armed conflict. Global citizens’ movements have led to the adoption of treaties banning armaments considered to be unethical, such as anti-personnel landmines and cluster munitions, with encouraging records of real compliance. An International Criminal Court (ICC) has been set up to punish war crimes and crimes against humanity.

Such achievements have not come easily. They have required unwavering determination to seek peace and justice in the face of powerful opposition and cynicism. At the same time, they tell us that by keeping our eye on the prize, progress towards a world without war is possible. If there was ever a time to renew our commitment to that goal, it is now.

An immediate step toward renewing the promise of the UN Charter would be for Russia and Ukraine, as well as all countries and groups currently engaged in armed conflict, to ensure full humanitarian access to the victims of war, including the cessation of hostilities whenever and wherever necessary. All parties to armed conflict should also commit themselves to protect all children from harm, specifically by never, under any circumstances, targeting schools or health facilities. Existing international humanitarian law clearly categorizes attacks on civilian targets as a war crime. And the maiming and killing of children are particularly egregious forms of this crime.

As a long-term goal, the world must aim for the global elimination of military forces and the renunciation of war in all national constitutions. The persistence of armed conflict nearly 80 years after the end of World War II that cost the lives of so many people tells us that the only way to eradicate war is by eradicating the means, both material and legal, to wage it.

As a first step toward this goal, we call for a Universal Declaration for the Abolition of Armed Forces to be negotiated by the United Nations with leadership by nations that have already taken this bold step, and with participation by both governments and civic organizations dedicated to peacebuilding.

Costa Rica is an example. Situated in a region plagued by civil wars and military dictatorships well into the 1980s, the country abolished its army over seventy years ago. It has also played an active international role in building peace, such as in brokering an end to the civil wars in Central America and the adoption of the Arms Trade Treaty, the first treaty ever negotiated by the United Nations to regulate the international transfer of conventional weapons.

The Japanese Constitution renounces war and prohibits the country from maintaining armed forces, though its Self Defense Force constitutes a de facto army.  Germany and Korea have adopted constitutions that renounce wars of aggression while still maintaining standing armed forces. We would call on these and other nations to take the next courageous step to eliminate their military forces.

To those who would say that this is impossible, that war can be avoided only through armed deterrence, we would say, let us be better than that, let us be more imaginative, more daring. We would offer the following words of former President of Costa Rica Oscar Arias, on receiving the Nobel Peace Prize for his efforts to broker peace in Central America:

It is easier to predict the defeat of peace in Central America than its victory. That is how it was when a man wanted to fly, and when he wanted to conquer space…History was not written by men who predicted failure, who gave up their dreams…

The Ukraine war and other armed conflicts around the world, such as those in Yemen, Syria, Ethiopia, and Myanmar to name only a few are terrible setbacks to the quest for lasting peace. Yet, we have also come a long way toward realizing that ideal. Let us dare to dream. And not only that – let us act on that dream. Let us in this way truly honor the victims of Hiroshima and Nagasaki, and all those who lost their lives to war.

*This article is signed by the following partner institutions: 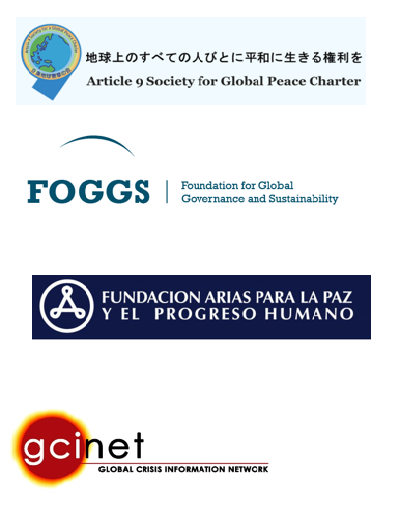