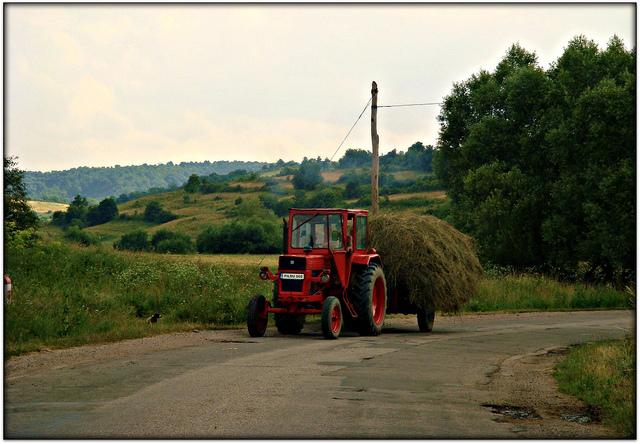 Romania is notorious for being the country with the lowest EU funds absorption rate despite its economy’s dire need for money. Romania’s public and private sector absorbed only €10.33 billion in available EU funds from 2007 until 2013, with €8.7 billion remaining in stand-by until the end of 2015, when the offer will be permanently withdrawn. However, according to the World Bank, the country still has the highest poverty rate in the EU.

There are two main reasons that help explain this apparent paradox. First, the funding reserved for Romania as part of the EU structural and investment allocations, meant to limit developmental discrepancies with other member states, follows strict rules. Applications for such funds have to go through national authorities and in most cases the EU only provides a share of the total project cost. This discourages Romanian local institutions and organizations from even searching for the limited information available on how to submit their request for funding.

When funding is allocated for successful projects, the implementation faces other challenges, from incorrect completion of standard forms to lack of consensus among different authorities on public procurement rules and generally limited capacity to run the projects. This means a high amount of unintentional irregularities in managing EU funds, which in turn lead to the EU’s reclaiming the amounts disbursed. For the first round of EU structural and investment funding, from 2007 to 2013, this was reportedly the case for over €122 million.

The second reason for Romania’s low absorption rate of EU funding is fraud. This has been a hot-blooded issue ever since the country’s accension to the EU, according to the yearly reports “Fight against Fraud” issued by the European Commission. In 2013 alone, Romania tried to defraud the EU of €45.8 million, making the top of the list when it comes to attempts to fraudulently use EU funds. Fraudulence includes any intentional irregularity with the aim of misappropriating funds. Constructing a public pool and putting it in use just for the opening day when pictures are taken for reporting purposes or registering fictional agricultural farms that would benefit from EU funding are just a few examples.

Earlier this month the EU decided to suspend some €1 billion worth of funding to Romania because previous funds were suspected to have been fraudulently spent. Another €230 million allocated to Romania was subject to financial investigation revealing fraud in many of the contracts signed and had to be returned to the EU.

The sectors where the highest levels of fraud were attempted, mainly though false claims, are the very sectors that received lower allocations for the period 2014 – 2020. Infrastructure, agriculture, as well as renewable energy, transport and education received €22.99 billion in structural and investment funds, or €164 per year per person, the lowest in the region and far behind Slovakia, Hungary, the Czech Republic or Croatia, who received between €289 and €369 per capita for major projects in these sectors.

Given that EU funding has to be managed and overseen by the national authorities in each country, Romania tried to increase control by creating a Ministry for European Funds in September 2011 and by launching a public debate on a “regionalization-decentralization” reform in 2013. The reform was later declared unconstitutional. The Ministry of European Funds, furthermore, has little weight in decision-making on the bulk of the funding, which goes to transport and agriculture―sectors under the competences of the ministries of transport and agriculture respectively.

The absorption rate of EU funds did improve over the years, and in 2014 Romania managed to absorb 52% of the EU structural and cohesion funds allotted, while 80% was acquired for rural development. Still, it lags behind the other countries in the region, including Bulgaria, whose absorption rates stand at over 60%.