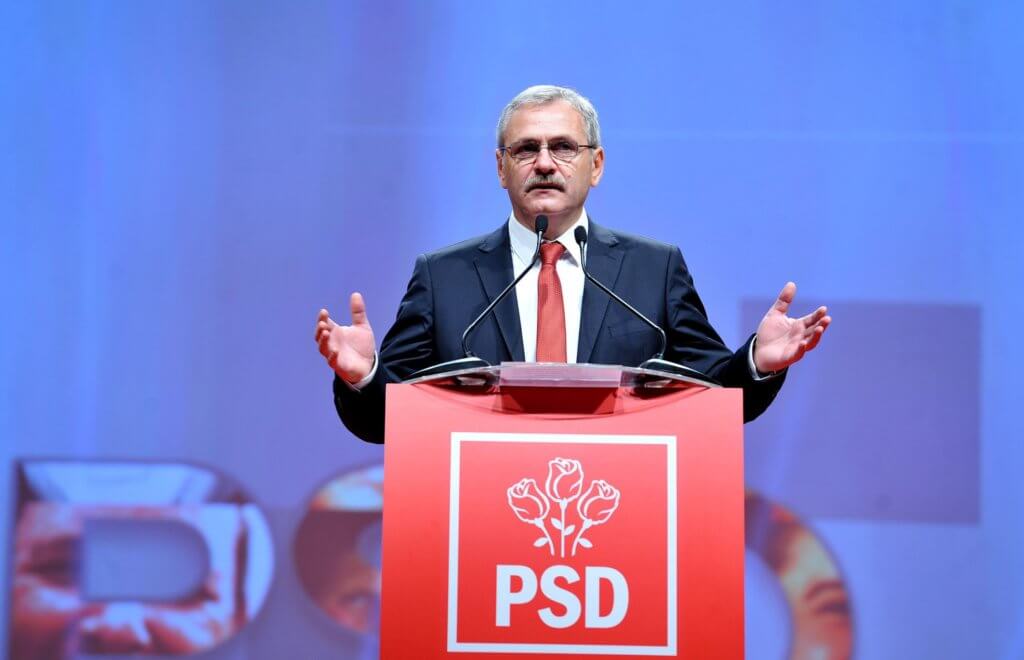 Having won 45 per cent of the votes, Romania’s Social Democrats, PSD, have managed to win the general election, and as such will form the new government with support from the smaller, center-right ALDE. Interestingly enough, it is still not clear whether the party’s leader, Liviu Dragnea, can become the prime minister because he is currently serving a suspended 2-year sentence for vote rigging in 2012. The law does not allow a person with a criminal record to become Prime Minister but the constitutionality of that law might be challenged as part of a political deal to let Dragnea, a powerful politician, run the executive anyway.

The Social Democrats are the most powerful political party in post-socialist Romania, having ruled (going by the name National Salvation Front or FSN) during the first years of transition and alternating in power with various center-right parties ever since.

PSD’s power remains unrivalled by any other political movement in Romania.

They have been around for over two decades, building up their resource base, often through corruption and clientelism. Their organizational structure goes all the way down to the village level: there are parts of the country where voters have hardly heard of any other party.

PSD has been presenting itself as an anti-austerity party ever since 2010, when center-right governments started implementing some of Europe’s harshest austerity measures in response to the financial crisis. Currently, close to 40 percent of Romania’s population is considered to be at risk of poverty and about a third of workers live off minimum wages (around 1,200 lei/zloty). Many responded to PSD’s promises of increasing the minimum wage – something they have enacted before – and proposed tax cuts that could benefit the poorest.

PSD also took advantage of the fact that the center-right  in Romania is considerably more fragmented. This year, they got unprecedented support in urban areas and among the highly educated too, presumably because their main center-right challengers, the Liberal Party, disappointed their voters, and because the PSD’s own economic proposals are mixed.

In Poland, the Law and Order Party, PiS, came to power in 2015 on a wave of anger and frustration in the society to proclaim themselves as “the will of the Polish people”, while making an authoritarian grab for power at all levels.

The widespread frustration with politics is certainly present in Romania as well but the vote for PSD looks less like a vote for change. The PSD had been around for a long time and another party, USR (more on them below) represented “change” in these elections. There is less stamina in the public support for PSD.

In his victory speech on election night, PSD’s leader Liviu Dragnea declared his commitment that Romania will remain a reliable member of the European Union.

While it seems reasonably certain that PSD will move to control state institutions while in government, nothing they have done in previous mandates resembles the takeover of Poland that PiS is now orchestrating.

They are likely to hinder the internationally praised anti-corruption drive of the National Anti-Corruption Agency, as many of its victims come from the ranks of the Social-Democrats, but it is unclear how aggressive the PSD will turn out to be when seizing power on other fronts.

Compared to the PiS, PSD’s nationalism is considerably “tamer”. They have played the „Romania for Romanians” card during their campaign, they speak about focusing on home economy and they are not above taking a stab at foreigners. The Romanian President is ethnically German and the wife of outgoing Prime Minister Dacian Ciolos, as well as Clotilde Armand, one of the leaders of the rival part USR, are French born. Dragnea has made xenophobic comments about them all, though he was not the only one: in fact, most parties running in the elections have resorted to some form of nationalism, which resonates well with voters in Romania. Compared to PiS, PSD’s rhetoric is lighter, as is the instrumentalisation of history, and the Romanian Orthodox Church, though close to PSD, can only dream of ever having the influence of the Polish Catholic one.

Romanians – at least until recently – have generally maintained a self-deprecating attitude towards their nationality. While it is certainly quite possible this will change, especially given the current international climate, it is important to note that there were also new, well-financed far-right parties running in these elections and none of them made it into the Parliament.

The Union to Save Romania ,USR, got about 9 per cent of the votes and will have representatives in the Parliament. It is a new party, originally formed as a local Bucharest party by activist Nicusor Dan in order to run in this year’s local elections; six months ago, it went national. Dan is a well-respected long-term Bucharest activist for safeguarding the capital’s architectural heritage in the midst of illegal demolitions and the privatisation of public space.

Dan’s intention was to give an answer to the anger expressed by Romanians during the big public protests of the last couple of years: against austerity in 2012 , in support of saving the village of Rosia Montana and against governmental corruption that led to 64 people dying in a fire in a club in Bucharest. These protests sparked new life into Romania’s civic activism, leading to an increase in civic involvement, independent journalism and watchdog initiatives, mostly among the urban, educated middle classes.

USR’s declared mission of standing for civil involvement and fighting the abuse of the system by politicians and corporations made sure it was popular with the Western media  as well as with a section of those who took part in the protest movement in the last years. However, it lacked a clear ideological direction. Their candidate lists featured just about everyone: left-wingers and neo-liberals, environmentalists and investments bankers.

Politically, they rallied behind Prime Minister Dacian Ciolos’ outgoing “technocratic” government, with some of its ministers even showing up on USR candidate lists. In the end, voters perceived them as mostly center-right and they ended up taking away votes from the Liberals who – despite the corruption scandals and having enforced austerity measures in the past – still managed to take 20 per cent of the votes.

It seems that while the USR managed to satisfy some of the middle class involved in the protest actions of previous years, it also managed to alienate those who criticized the current government for being appointed as opposed to elected, and for its economic neo-liberalism.

USR’s people in Parliament will face a lot of pressure. As a grassroots-based party, it will be expected to be very responsive to their voters, some of whom refute neo-liberal policies. It will have not only to provide a counterbalance to PSD, but also preserve its reputation as the first organized political expression of public protest.

A hope for the Romanian left?

As with Poland, there is no real left-wing party in Romania. The PSD, despite its promises of minimum wages and tax breaks, is quite far from being an actual social-democratic party. Even if we ignore the corruption, they have repeatedly been in power and have done little to reduce income inequalities, alleviate poverty, improve working conditions or offer good quality social services. The cuts they propose for their upcoming mandate include both the rich and the poor and it remains to be seen what funding they intend to allocate to social services. Their social conservatism and nationalism also have no place in a left-wing movement.

There are plans for a new left-wing party, Demos, that will run in 2019’s European parliament elections and 2020’s general ones. So far, it appears to be academically rigorous and constructive when it comes to criticizing other parties, which might help set them apart from the aggressive shouting game Romanian public discourse has become.

The fast rise of USR shows that there is a demand for new political subjects in Romania, which bodes well for Demos. However they run the risk of PSD inflicting yet more damage to the already bad reputation the political left enjoys in Romania, making it even more difficult for Demos to establish itself as a legitimate force. But there definitely is space for this kind of politics – in Romania and elsewhere.

Claudia Ciobanu is a freelance reporter based in Warsaw, contributing among others to Inter Press Service and OpenDemocracy.