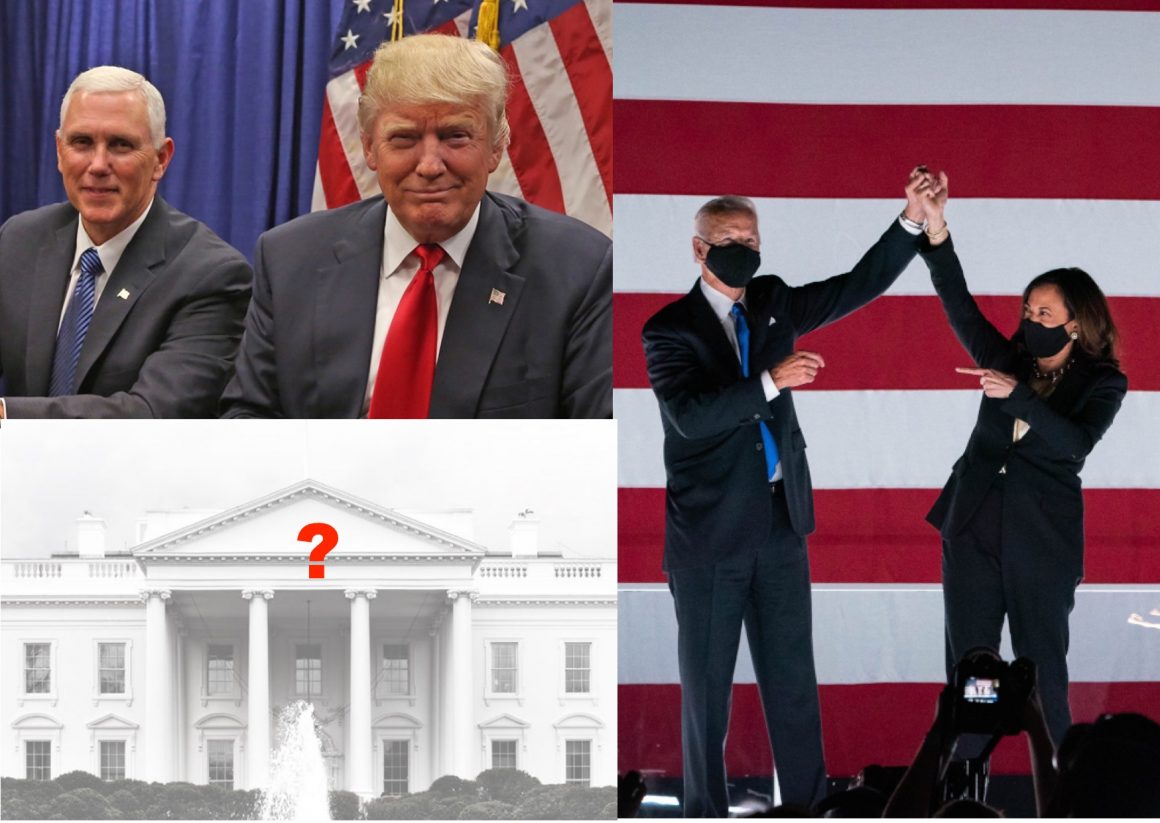 Dr Tapio Kanninen, former chief of policy planning at the UN in New York, is a member of the Advisory Board of the Foundation for Global Governance and Sustainability (FOGGS).  He is also currently President of the Global Crisis Information Network Inc., senior fellow at Ralph Bunche Institute for International Studies (CUNY), and founding member of Climate Leadership Coalition Inc. His latest book is ‘Crisis of Global Sustainability’ (2013).

Back in May, Georgios Kostakos and I published two articles (see them here and here) on the global and national responses to Covid-19, and its implications for global governance.  The biggest impact, we said, will be determined by the responses of China and the US.

In this article I analyse the United States itself – in the midst of both the pandemic and elections.  What global implications might these developments have?

My conclusion: while the US has been the leader of the world order created after WWII, its leadership role is now deteriorating.  But there are positive and well as negative scenarios.

US exceptionalism: some worrisome trends

1. Failure of the US pandemic response

The fact that the US has been the worst in the world in dealing with the pandemic is surprising and indicating a possible gradual decline of the US’s role in the international system. Five reasons for the US failures:

2. Pandemic’s contribution to US political instability

Covid-19 has also intensified other new trends in American politics and culture.

The racial divide has become a renewed focus of the American political discussion after a number of cases of police brutality.  This divide is used by both right-wing and left-wing extremists to create violence and instability. Law and order has become a new campaign issue. Both the protests and counter-protests, mostly without masks and no social distancing intensify the spread of the virus and create more divisiveness and allegations of hypocrisy and lawlessness behavior by both sides.

Prof Lawrence Douglas’ book “Will He Go? Trump and Looming Election Meltdown in 2020″ and Barton Gellman’s 23 September on-line article in The Atlantic ”The Election that Could Break America” – among other similar accounts – have revealed the so far hidden truth that the US Constitution does not provide a path for a peaceful succession in case a sitting president campaigning for a second term does not want to leave the office whether or not he wins or loses the elections. Covid-19 is contributing to this dangerous situation.

The nightmare scenario would be the outcome of two basic factors.

This nightmare scenario might not be realized if Biden is able to win by a landslide on Election Day.  But it is important to consider this scenario as it reveals the vulnerability of the US constitution in case of a ruthless president seeking a re-election or any future populist presidential candidate understanding the constitutional loopholes and using them to his or her advantage.

The US reputation in the world was already hit hard by its poor initial Covid-19 response. Any election instability will further erode its potential leadership role…

In Gellman’s nightmare scenario, Donal Trump leads on Election Day while Biden wins after all voting is counted. Trump’s strategy is to declare himself a winner on 3 November and to seek the assistance of both the courts, including the Supreme Court, and of Trump’s sympathetic Republican legislators and governors in swing states to stop any further vote-counting.

So far this kind of situation has not happened in the US for some 150 years. But in January 1877, when Congress met in early January to declare a new President there were two contradicting results from key swing states. This can happen in a worst case scenario on January 6th, 2021, as well. In January 1877 the leaders of the Congress (and others who were involved) were able to negotiate a winner but the process was difficult. Two days before Inauguration, the sitting president, Ulysses Grant, was so concerned that he considered declaring martial law and naming his fellow Republican as the winner.

If such a scenario proves to be true then either the Congressional leaders (with covert assistance from generals, state governors and others) will reach compromise before Inauguration Day, or they just cannot. Then, if Trump declares martial law, and himself as President for four more years, the US will become an ‘unstable democracy’.

This is not such a far-fetched scenario as it might look in the first instance, as some see already a possibility of civil war situations when we approach late 2020 and thereafter.  The strongly ingrained attitudes and ideological rigidity of both Democrats and Republicans has intensified recently auguring badly for the election aftermath. Note Hillary Clinton saying: “Joe Biden should not concede under any circumstances.”

Implications for the global community: A question of values

The pandemic has hit the world hard – increasing poverty, inequality and economic and social hardships everywhere. Its impact on the environment and climate change is not yet clear. But its impact on our values is maybe the strongest.

The US has been a champion of the stable and globalized liberal world order with free trade and support for international organizations and coalitions. But since Trump’s election we have seen a clear erosion of US leadership in these areas. The US has also been a champion of human rights and fundamental freedoms in the world but Trump has shown little interest in following US presidential tradition.

The US reputation in the world was already hit hard by its poor initial Covid-19 response. Any election instability will further erode its potential leadership role, particularly in furthering democratic values and setting an example to new or restored democracies that are struggling to maintain such principles and practices amidst the pandemic and deepening economic and social calamities.

Worse, US electoral instability might inspire a new wave of ruthless leaders to resort blindly to national interests and ‘survival of the fittest’ away from globalism and internationalism as strong global values that grew out of the tragic experiences of the WWII, and the idealism of the victorious states.  Populist leaders, and of course dictators, can use the vulnerabilities in democratic constitutions and practices, and sudden openings for power grabs created by Covid-19, for their own political benefits.

But perhaps the most dangerous trend inspired by the current US politics is the effort at undermining the value of truth. Honesty and integrity are under attack by populists, dictators and conspiracy theorists who want to create a strong feeling of divide between ‘us and them’ – the ‘evil’ and the ‘patriotic’. Strong emotions dominate when ‘fake news’ is a new political slogan and truth is losing its impact as a uniting force in national and global politics. The culture of ‘lying without shame’ might become the new normal. Prof Joseph Nye calls this trend a ‘1930-like authoritarian challenge’.

The international governance system is also under attack and might see major changes.  Trump’s isolationist strategy will probably continue whether Trump or Biden is the next US president, albeit less so with Biden. But Biden as a new president might face so wide street violence and instability by Trump supporters that he might not have the luxury to devote much time to international affairs as he is trying to save the US from civil war-like conditions.

As a consequence, both China and Europe are likely to become more influential players on the world scene.  Because of Covid and the election instability, US leadership and exceptionalism in the world is bound to decrease. China’s growing role might be inevitable. That might not bode well for global democratic values and transparency in global governance. The EU, however, might offer a balancing counterpoint.

The above trends are mostly negative currents in the world governance system of today. But not all possible future trends are negative.  Joseph Nye saw a possibility for a greener planetary future. Public opinion in many democracies is beginning to place a higher priority on climate change and environmental conservation. Some governments and companies are re-organizing to deal with such issues. Even before Covid-19, one could foresee an international agenda in 2030 defined by each country’s focus on green issues. By highlighting the links between human and planetary health, the pandemic accelerates adoption of this agenda.

Trump’s re-election might not further greener global trends but it might not stop them either. Biden’s win might accelerate the international focus to stop global warming as an existential threat to all of us.

The future will show if the goal of a sustainable planet will unite us all amidst the aftermath of the pandemic. Such a new unifying global value is, in fact, badly needed.

*This is an abridged version of the article by the same author published in the Blog of the New Zealand Center for Global Studies under the title “The Global Community and the US Election –  Potential scenarios: negative and positive”, 25 October 2020, accessible online through this link.

Dr Tapio Kanninen, former chief of policy planning at the UN in New York, is a member of the Advisory Board of the Foundation for Global Governance and Sustainability (FOGGS).  He is also currently President of the Global Crisis Information Network Inc., senior fellow at Ralph Bunche Institute for International Studies (CUNY), and founding member of Climate Leadership Coalition Inc. His latest book is ‘Crisis of Global Sustainability’ (2013).

As the Covid-19 pandemic continues its stranglehold over societies and economies the world over, it is becoming increasingly clear that widespread vaccination of whole populations is one key to re-opening the door to some semblance of normality.  Part one, the rapid development of safe and effective vaccines, was a triumph for science, however it is…

Vaccination is underway and it is great news… However, according to the WHO, “94% of countries that have started vaccinating their populations are in the high- or high-middle income category.” Despite the efforts of WHO with COVAX (the vaccines pillar of the Access to COVID-19 Tools (ACT) Accelerator), around 2.5 billion people living in 130…