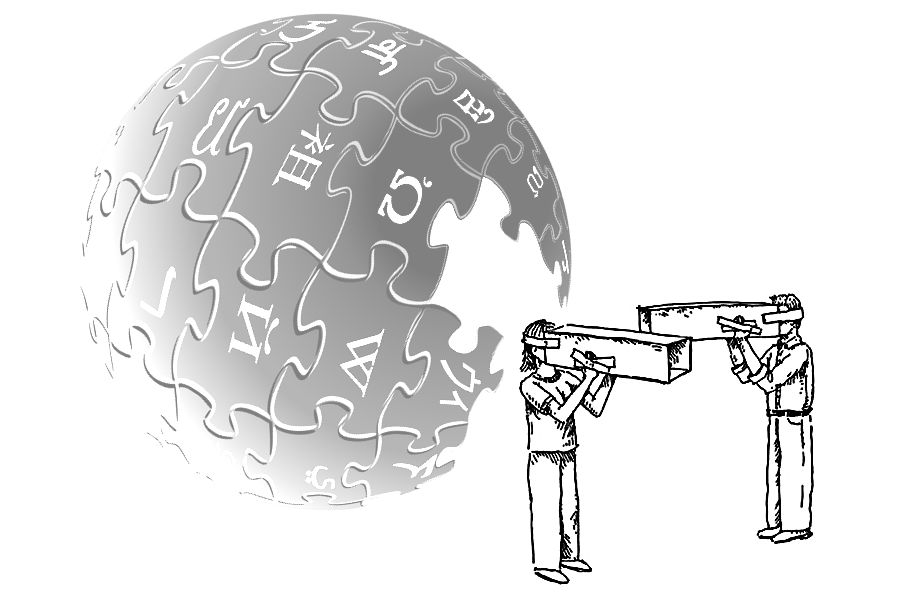 Vaidas Norkus is an ESFL National Coordinator and the chairman of Students For Liberty Passau. He is a student of Governance and Public Policy at the University of Passau.

Academics should improve Wikipedia articles to ensure the public have access to accurate and unbiased information, whatever language they speak, writes Vaidotas Norkus.

I recently took part in an academic research project, comparing the Wikipedia articles in different languages on several international political issues: the Israeli-Palestinian question, the 2014 conflict in Ukraine and the refugee crisis in Germany. The aim of the group research was to find out whether Wikipedia is a reliable source of information in the field of current conflicts.

Wikipedia is a free, open content online encyclopaedia, created through the collaborative effort of a community of users. Anyone registered on the site can publish an article and registration is not required to edit articles. The site’s name comes from the Hawaiian word meaning “quick”. But wiki is also a piece software that enables anyone to edit website content through their browser.

The results of the research were stunning. We discovered that there is a clear connection between a government’s position on a certain conflict and articles published in that government’s language.

We discovered a clear connection between a government’s position on a certain conflict and articles published in that government’s language.

I researched the Wikipedia entries on the Russo-Georgian war of 2008. 86% of the sources used in the Russian language article came from Russian media, with a further 3% from Russian-influenced territories. Anglo-Saxon sources accounted for 89% of those used in the English language article. Even the article in the language of tiny Lithuania used national media for 25% of its sources.
This shows that there is a lot of trust in national media, which tend to reflect the government’s position on a certain conflict. The other 11% of the English Wikipedia article’s sources were largely from countries with a strong alliance with the United States. The Lithuanian Wikipedia article, on the other hand, used 15% Georgian sources and 8% Russian media sources – so clearly the Lithuanian audience found the Georgian information to be “more reliable”.

The War in Donbass, the Kashmir conflict, Europe’s migration crisis and the Chilean coup d’état – all these articles on international conflicts showed a high level of trust in politicians and government actions, thus presenting only a narrow point of view with little balancing of arguments from different perspectives. My concern is that the so called ‘state belief’ is reinforced by such inherently biased information. At the end of our academic research, we were forced to conclude that Wikipedia is not a reliable source if you read an article in just one language.

Rather than asking them to write piles of pointless essays that nobody is ever going to read, professors should task students with changing existing Wikipedia articles on a topic in their field of research, or writing completely new articles.

Inspired by Bernd Hüttemann, I decided to spread the idea at a seminar on Lobbying and Public Diplomacy, that students and their professors could do valuable work improving the quality of Wikipedia articles. Hüttemann’s idea was quite simple: rather than asking them to write piles of pointless essays that nobody is ever going to read, professors should task students with changing existing Wikipedia articles on a topic in their field of research, or writing completely new articles.

For instance, I translated the Wikipedia page on lobbying into Lithuanian. Such activities are worthwhile in every regard. The student gets to do something valuable by improving, adding to or spreading information on a certain topic, free from the bias of governments, companies or other interest groups, while the professor saves time to prepare for lectures or even to spend more time with students.

For some internationally influential universities like Cambridge or Oxford, this way of working might not be advantageous, since their research is already read and put to good use by a wide range of scientists and even by the general public. But things are rather different at public universities in Germany, for example, where much of the research carried out by professors and students goes virtually unnoticed and remains unused. An often-heard phrase is that public universities are public goods. So why is it that these public goods give so little of their research back to society?

The power of Wikipedia is immense and many students, scholars, business people and politicians use the site daily. As a scholar and as a student, I secretly still use Wikipedia, since it is so convenient compared to other sources available on the Internet. It is a quick way to get a taste of what something is about, especially when moving into a new scientific field.

If we believe that ideas change the world, then we should take better care of the knowledge that surrounds us. One of the ways to do this would be to improve the quality of Wikipedia. Although libertarians prefer private to public education and would argue that nothing should be given away for free, we have a responsibility to take care of the flow of information, which strongly influences individuals, whether we like it or not. The media is often strongly partial towards a certain government or country, especially in the field of international relations. Here, Wikipedia could play a big role in shedding light on certain conflicts from a variety of points of view.

I encourage you as academics to update Wikipedia with your research, adding a variety of perspectives, to create a more neutral Wikipedia.

Vaidas Norkus is a national coordinator of European Students for Liberty and the chairman of Students For Liberty Passau. He is a student of Governance and Public Policy at the University of Passau.

This is an edited version on the article that was originally published on the European Students For Liberty Blog.

Vaidas Norkus is an ESFL National Coordinator and the chairman of Students For Liberty Passau. He is a student of Governance and Public Policy at the University of Passau.

The ravaged battleground that replaced the once cosmopolitan city of Aleppo is at the centre of a major war of information and disinformation.