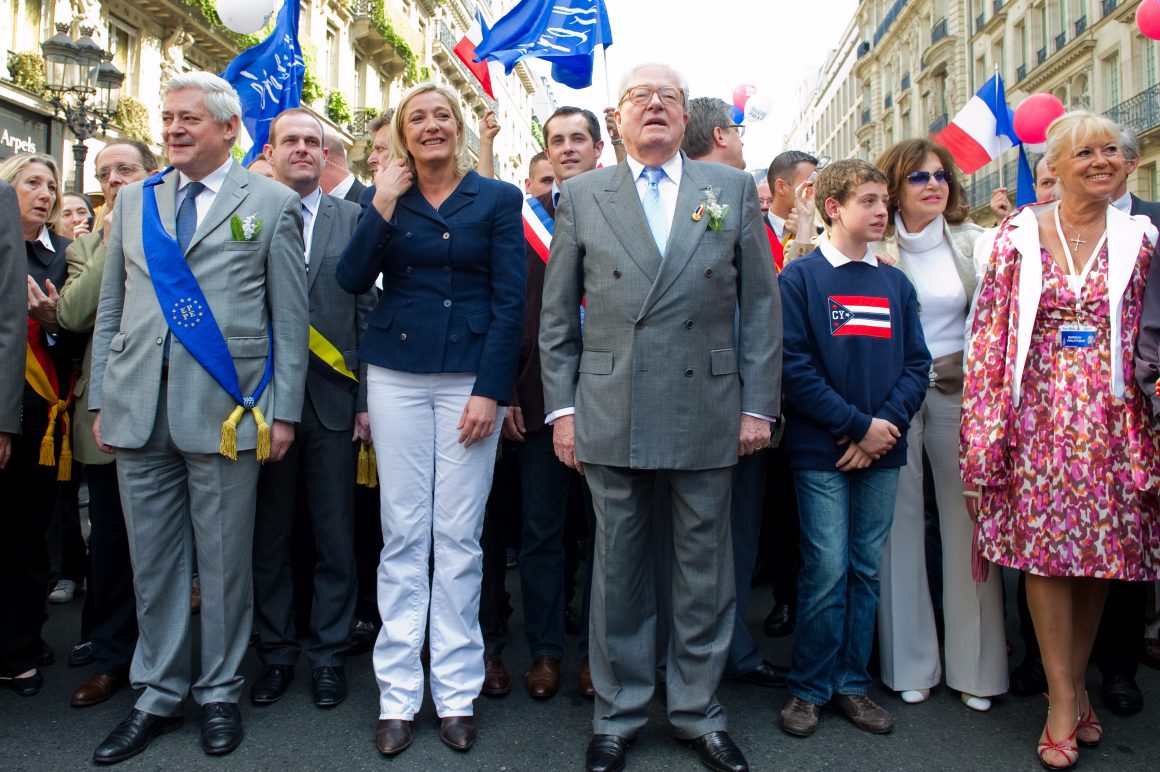 I canvassed French people for the best arguments to make against voting for Le Pen.

Everyone above a certain age will have had that experience of looking round a bus or a meeting table of compatriots on the morning after an election and thinking: how could you.

The Tory victories in 1992, 2010 and 2015. Brexit. There’s been an acceleration of late. Days and nights of trying to rationalise and make excuses for the irrationality and inexcusable selfishness and cruelty of the average voter, to adjust to the certainty that my values were not shared by my neighbours and that things were about to get worse in terms of all the things I cared about.

Of course, it doesn’t have to be that way. I did enjoy the optimism of Labour’s victory in May 1997, although I was living in Dublin at the time. In the last six months we’ve seen the far-right beaten back in Austria and failing to get into government in The Netherlands. Maybe this poet had a point:

Sometimes things don’t go, after all,
from bad to worse.  Some years, muscadel
faces down frost; green thrives; the crops don’t fail,
sometimes a man aims high, and all goes well.

A people sometimes will step back from war;
elect an honest man, decide they care
enough, that they can’t leave some stranger poor.
Some men become what they were born for.

Sometimes our best efforts do not go
amiss, sometimes we do as we meant to.
The sun will sometimes melt a field of sorrow
that seemed hard frozen:  may it happen for you.

Actually it may not comfort you to hear that the author of that poem later disowned it to the point of asking her name be removed from all future posts and publications, on the basis that it encouraged undue optimism. We shouldn’t assume, as many do, that Marine Le Pen won’t become the next President of France.

This is the big one. Le Pen is an outright fascist, a Vichy revivalist who even Nigel Farage prefers to steer clear of. Her victory would mean the far-right taking power in the cradle of the enlightenment, one of the world’s most iconic and reputable democracies. The scum of history is finally rising back to the top. Her voters will include many who are feeling frustrated at rising unemployment and inequality, have been persuaded by her exploitation of the EU’s lack of response to the terrorism and the refugee crisis and her sly attempts to link the two, and are generally terrified about the future. They may well never have voted for her repugnant father, Jean-Marie, and they have certainly not given sufficient thought to the fact that the fascism she represents involves nationalist militants collaborating with traditional elites to destroy democratic liberties and impose a regime based on violence.

Now, Le Pen is famously politically independent of her father. He repeatedly called the Holocaust/Shoah ‘a mere footnote of history’, whereas his daughter just denies France’s part in it. Marine’s niece, Marion Maréchal-Le Pen, (also a National Front politician) is known to associate with Hitler-saluting skinheads. As for the sympathies of the candidate herself, let’s just say that Nazi allegiance is not one of those genetic traits known to skip a generation. Like all those of her stripe, Le Pen knows full well what the Third Reich and its French collaborators were responsible for, she just approves and presumably wants to resume it.

Face-to-face with the Front’s potential voters

I’m not French and I don’t live in France, but near where I work in the centre of Rome I sometimes find myself literally surrounded by French people, blocking the pavement while they point and marvel at some ancient wonder. I sometimes get asked for directions and get into brief conversations with francophone tourists. They’re generally cheerful and chatty, and some of them may well right now be thinking of voting for someone whose life’s mission is to destroy democracy and get rid of all those she regards as inferior beings.

Rome is also one of the most popular cities for US tourists, which led me, at one point before the US election, to develop the idea of getting together a group of people and standing outside the Colosseum or the Pantheon wearing Stop Trump t-shirts and urging people to vote sensibly. A man called Nate Silver convinced me it wasn’t necessary. Maybe it could have made a tiny difference in an election where the stakes could not have been any higher.

Over the last couple of days I’ve been canvassing ideas as to what might be an effective response to someone saying they might vote for Le Pen.

Over the last couple of days I’ve been canvassing ideas as to what might be an effective response to someone saying they will/might vote for Le Pen. I don’t want to suggest for a second that it’s easy to turn people away from the FN or that I have more of an understanding than anyone involved in the various campaigns. This is about extending the political battlefield to anywhere that voters in the French election are to be found and also giving visitors to France an opportunity to engage politically with their hosts.

Why not just argue about it on Facebook or Twitter?, you might ask. I’ve now come to accept that ‘discussing’ electoral politics online is an absolute waste of time, indeed probably more counter-productive than anything else. In person we are obliged to treat each other civilly, as fellow human beings. In online ‘debate’ no such conventions apply and any adversarial discussion is much more likely to end in abuse and entrenched opinions than in dialogue and understanding.

The collection of phrases below are offered in the context of polite debate: persuading rather than abusing. They derive from suggestions from people living in France and French people living abroad as to how best to respond to potential FN voters. Once pleasant greetings have been exchanged and the niceness of the weather/food/wine remarked upon, it’s easy to enquire “Pour qui pensez-vous voter?”. The suggestions as to how to continue the conversation can be proferred with a smile and lightness of tone. There’s always the possibility that those swayed by the FN will also speak good English, so obviously there’s no need to struggle through a potentially uncomfortable conversation in French if a ready alternative is available.

The maverick philosopher Slavoj Žižek, in relation to the US election of 2004, suggested that only non-Americans should be allowed to vote, and obviously something of that provocative approach has inspired this. One obvious riposte to my mischievousness is: after Brexit, what is a British person doing telling people how (not) to vote? Is it a good idea for a foreigner to try to change the voting intention of people whose voting intentions are partly influenced by resentment of foreigners? At the same time, it’s also the case that as a British person I’m ideally placed to know what it is to be manipulated by the far-right into doing something absolutely catastrophic.

Fatalism is no response to fascism.

That Le Pen can win has become a truism. There’s an (in my lifetime) unprecedented level of apathy and complacency with regard to the return of actual fascists to major political power. We are increasingly resigning ourselves to the victory of fascism in Europe. People openly state that Le Pen is going to win as though such an outcome isn’t the absolute worst thing that could happen to the world right now. Fatalism is no response to fascism.

These are extremely conservative times, for which I hold the internet largely responsible. I suspect that if the election was happening online we might feel more inclined to get ‘involved’. Doing so implies less emotional risk than starting a conversation about politics with flesh-and-blood strangers. That’s the political placebo effect of social media. Except we know that the other side have the weapons to win the online battle. The much more important debate is happening off-Matrix. The excuse that “I was too busy looking at my phone to stop another holocaust” ne marchera pas: it won’t wash.

C’est la fille de Putin! (She’s the daughter of Putin/daughter of a whore! – Obviously use this advisedly if you’re sure the other person can take a joke.)

Mais vous soutiendriez son père? (Would you vote for her father?)

Avez-vous lu quelque livre d’histoire? Il faut que je vous expliques ce que va arriver a la prochaine page? (Have you read any history books? Do you need me to explain what happens on the next page?)

Avez-vous confience en elle? Apres tout elle a volé del’argent à Europe! (Do you really trust her? After all, she did steal money from Europe! – Obviously don’t say this is you’re not familiar with the background.)

Ne te trompes pas de colère! (Don’t trip yourself up out of rage.)