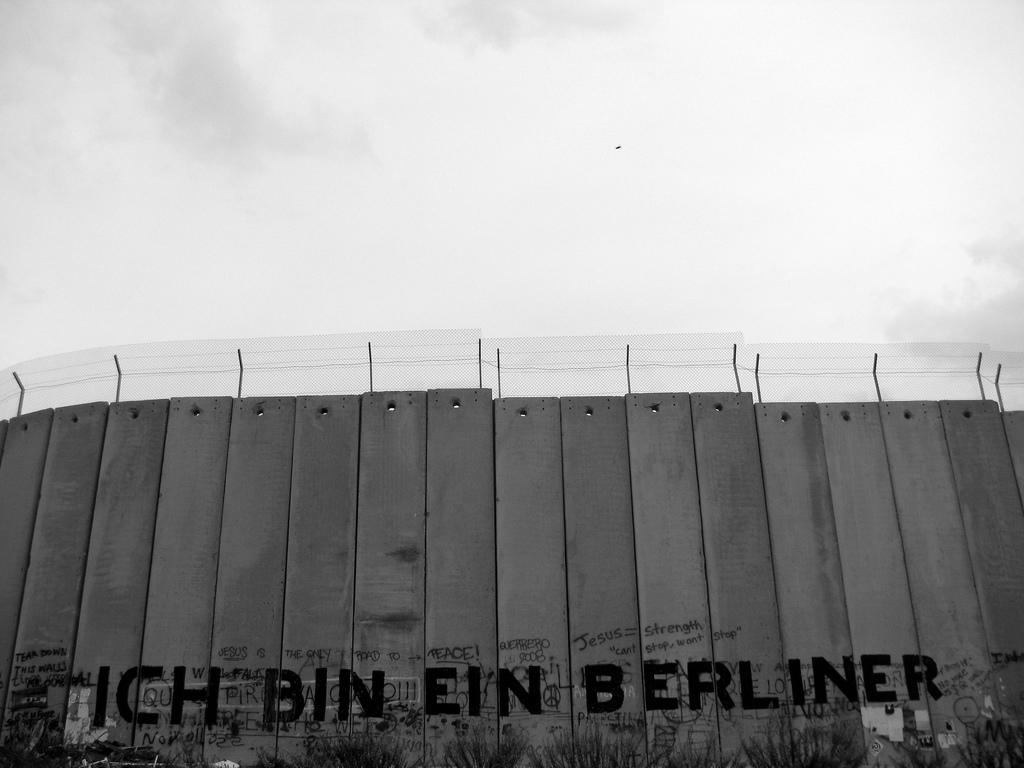 The price of security

Before I became a European, I had been an Israeli citizen and my closest relatives still live in Israel. I do not have the slightest doubt that containing terror with the help of security measures is effective only up to a certain point.

Multiple levels of security have been introduced at Ben-Gurion International Airport and in several airports around the world, where El-Al, Israel’s flag carrier, is operating. It could indeed prevent attacks on Israeli planes similar to several dramatic hijackings by Palestinian terrorists in the 1970s. Yet, securing air traffic comes at a price. Passengers are now expected to be at the terminal some three hours before departure and many foreigners report humiliating searches and interrogations.

The so-called “Separation Fence” in the West Bank is claimed to have reduced suicide bombings that targeted Israeli buses and shops during the Second Intifada (2000-2005). But the 8-meter-high Wall has become both the symbol of occupation and, together with the accompanying system of check-points, has further aggravated human rights violations against the Palestinian population.

The Gaza Strip has de facto become the largest ghetto in the world. Pounding it with bombs from the air, land and sea in the summer of 2014 has stopped the barrage of home-built rockets, at least for now. And while Hamas extremists are improving their missiles’ range, my parents and other Israelis tidy up their panic rooms, keeping them ready for the next round of confrontations.

Moreover, Melman’s article passes in silence over the new wave of “terror” that has been plaguing Israel since September 2015. A series of stabbing assaults that occur almost on a daily basis have been labelled “the Intifada of Individuals.”

Israel’s leadership has so far failed to address the roots of Palestinian terrorism. Instead of working towards a lasting political solution, it sticks to old habits, treating the symptoms (security challenges) and not the disease (the occupation). As a result, terrorist threats, time and again, mutate and reappear in ever scarier forms.

The lack of political prospects has dramatically increased the share of the Palestinian population willing to engage in violent resistance. Solidarity rooted in blinding rage is replacing terrorist networks. Scissor-wielding teenage girls and old men armed with screwdrivers attack settlers as well as random bystanders. The systemic violence of occupation, which deprives the Palestinian people of a future, transforms itself into spontaneous outbursts of reckless brutality.

In recent months, Europe has experienced a drastic increase in terror attacks by Islamists. For now, the response of the European governments has been impulsive and short-sighted. They turn a blind eye on the suffering of refugees on Europe’s borders, further discriminate against already underprivileged parts of Europe’s own population, and increasingly limit the freedoms for the rest in terms of cross-border movement, their right of privacy and the rest.

Instead of addressing the roots of radicalisation, these “security measures” can only exacerbate it. By all means, they do not deserve the attribute “security.” Neither can they qualify as a cure. Rather, they seem to be part and parcel of the very syndrome that have been afflicting Israel and now increasingly spreads into Europe as well – securitarian myopia.

Of course, Europe must take care of acute symptoms. Evidently, the authorities (especially the Belgian ones) will have to admit serious failures. Also, each European country, and Europe as a whole, should crack down on existing networks of radicalised youth at home. Abroad, we should join moderate forces on the ground in their fight against the cutthroats of the self-declared Islamic State.

However, despite its shortcomings, or rather because of them, Israel’s “holistic security doctrine” provides strong evidence that security measures and military operations alone, however sophisticated they might be, ultimately fail to ensure long-lasting security. The Israeli case offers Europe the following lesson: a symptoms-centred treatment only lets the disease progress.

Secure the airport – and the terrorists will switch over to buses and cafés. Erect ever tighter barriers around entire populations, terrorise them with frequent night-raid arrests, populate its sky with surveillance drones, turn daily commuting into an enfilade of checkpoints – and you will see more ordinary people turning into terrorists. Try to prevent the hopeless from accessing weapons – and they will use their hopelessness itself against you.

In 2011, Anders Breivik’s lone-wolf attacks resulted in 76 deaths. The then Norwegian prime minister, Jens Stoltenberg, reacted as follows: “The Norwegian response to violence is more democracy, more openness and greater political participation.” Europe should learn from that, too.

The destructive power of terrorism lies in its capacity to blow up a hole in the fabric that keeps society together. But today’s attacks in Brussels were also, if not primarily, an attempt to jeopardize the rule of law.