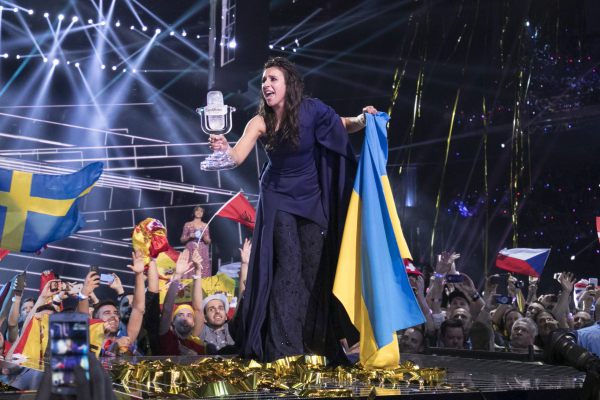 The 2016 Eurovision song contest held in Stockholm, Sweden, on 14 May, was won by the female singer Jamala for Ukraine with the song “1944”, which got the highest score (534 points).

The personal story narrated in the song, alluding to the persecution of the Crimean Tatars by the Soviet Union under Stalin, had indirect but clear connotations to Russia’s 2014 annexation of Crimea and the conflict with Ukraine. Interesting that the Russian song, “You Are the Only One”, apparently without any political connotations  (unless it was referring to President Putin), also did very well. It came third, with 491 points, just after the second song, “Sound of Silence” from extra-territorial Australia, which got 511 points.

The exemplary Swedish production and hosting of the show, the high quality songs and performances, and a revamped voting system that added to the excitement, contributed to a memorable pan-European event, Europe writ large beyond the 28 countries of the EU.

With what has been happening in the EU in recent months this felt like a more venerable and solid European institution than the usual ones based in Brussels. Also the organisers, Eurovision, shined with apparently much more vision than Europe and its political leaders. The participation and the high score of far-away Australia, and the broadcasting of the contest also to the US and China, added elements of global reach and brought Oscar-award-ceremony kind of glamour to the contest.

By Stuart Best and Péter Kakucska After being postponed a year for the first time in its 65-year history, the curtains will finally part this weekend for one of the world’s largest annual shows, the pan-European event of song, music, and dance – the Eurovision Song Contest.   As last year’s event was rescheduled due…