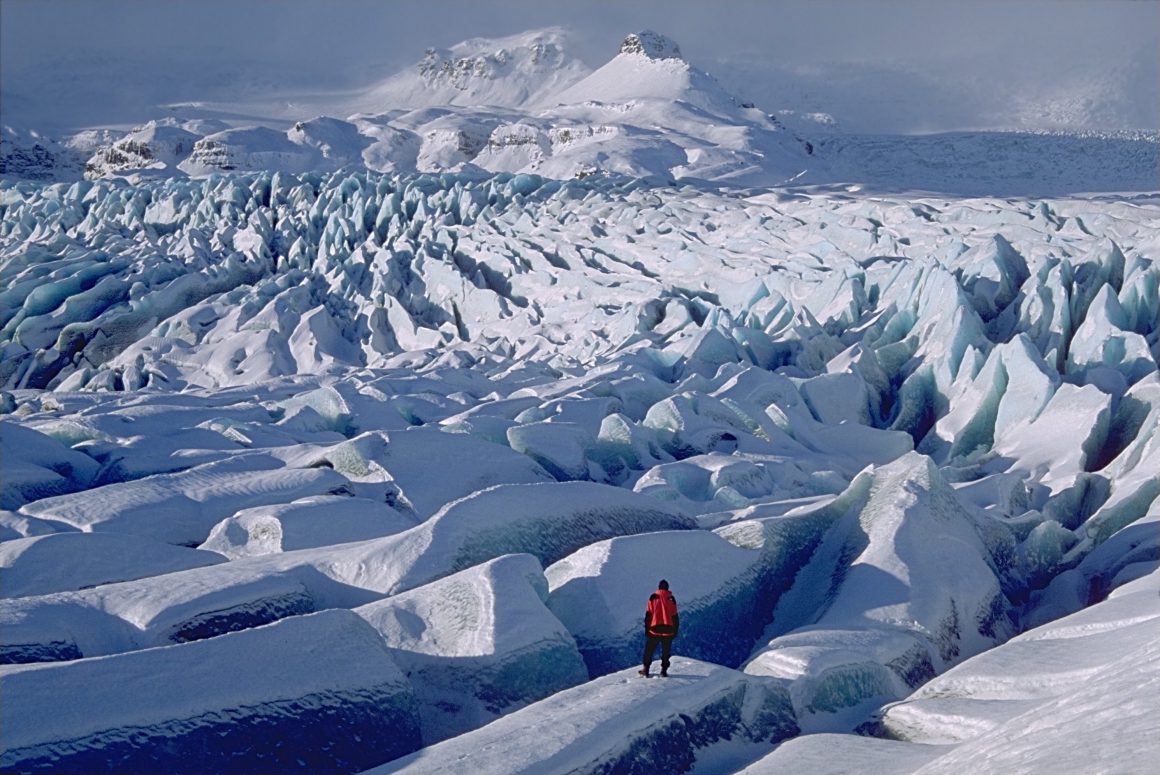 Dirk Messner is Director of the German Development Institute in Bonn, Germany.

The election victory of Donald Trump can paralyse global climate and sustainable development policy for years. But it is not just for to the US to decide whether it actually comes to this.

Donald Trump will become President of the United States of America on 20 January 2017. Even if he only implements a part of what he has announced, a political earthquake will be unleashed. This will radically change the conditions for implementing the Sustainable Development Goals of the 2030 Agenda adopted in September 2015, and the Paris Climate Agreement.

This is a turning point for the world order. Efforts to organize global cooperation now need to be massively expanded: the EU needs to strengthen its international profile, and it needs a 100-day programme outlining its priorities for global cooperation and development following the Trump election.

The German G20 Presidency can help to strengthen climate protection and the 2030 Agenda. These are the foundations upon which the transatlantic partnership with the US government as well as dialogue between our societies must move forward.

Will Trump follow through on his pledges? Between fear and hope

What was unthinkable just a few days ago is now a distinct possibility following the US election: the United States could withdraw from its climate change mitigation commitments and return to the era of fossil fuels. They may refuse to participate in the Green Climate Fund, which is designed to provide USD 100 billion a year to developing countries to help them transition to a climate friendly model of society.

Climate sceptics within the President-elect’s core team are preparing to restructure the US Environmental Protection Agency. If the world’s second largest emitter of greenhouse gases fails to reduce its emissions, then it will be very difficult to limit global warming to below two degrees Celsius. And that is not all.

The incoming President promises to address the needs of the middle classes, who risk losing their social status, and those on the margins of society, the “forgotten people”. This is urgently needed, but if it were to be achieved through escalating protectionism and infrastructure investment, which would cement resource and greenhouse gas intensive patterns of growth decades to come, then this approach could conceivably result in a state of deadlock.

The things we already know about the economic, social and environmental programme of the incoming US government do not exactly read like an implementation strategy for the universal 2030 Agenda. Additionally, although the Sustainable Development Goals rest on the basic idea of global cooperation and the reconciliation of interests at the international level, the new US President pushes the idea of “our country first”.

Will the United States now weaken the key pillars of the world order, which it itself developed following the Second World War?

The way the United States now positions itself in relation to international organisations will also be important. UN development and environmental organisations, the World Bank and regional development banks have committed themselves to implementing the Paris climate accords and the 2030 Agenda. Will the United States now weaken the key pillars of the world order, which it itself developed following the Second World War?

Trump’s world view, his concept of society and the 2030 Agenda – it looks like a new version of the “Mars and Venus” narrative which Robert Kagan used in 2003 to describe the absolute incompatibility between the George W. Bush administration’s view of world politics and European criticism of his unilateral foreign policy.

We can only hope that the new US government will be far more moderate in its actions than the presidential candidate promised his voters. It will be revealed during Germany’s presidency of the G20, which begins in December 2016.

An historical analogy – from the Brandt Report to Agenda 2030: “Please resubmit later?”

Five days after Willy Brandt signed his foreword to the famed “North-South Brandt Report”, or to give it its full title “To Ensure Survival – Common Interests of the Industrial and Developing Countries”, on 20 December 1979, the Soviet Union began its invasion of Afghanistan. This closed the door to further cooperation on issues of global human development.

The Cold War turned even frostier. Margaret Thatcher became the UK Prime Minister in 1979 (a post she held until 1990). Ronald Reagan was the White House incumbent between 1981 and 1989. The Brandt Report reflected a global discussion about the need for a global governance perspective, but it was released at an unfavourable time.

It was not until ten years later that the idea behind the report experienced a renaissance following the fall of the Berlin Wall and at the end of the Thatcher/Reagan era. The major world conferences of the 1990s, which were expected to create a common, global agenda for the nation states in the 21st century, and in particular the United Nations Conference on Environment and Development in Rio in 1992, were inspired by the spirit behind the Brandt Report.

Is there a similar fate looming for the 2030 Agenda and the Paris Climate Agreement? Both accords reflect in condensed form the recognition which has arisen at international level that global cooperation and inclusive development within planetary boundaries are essential to lasting prosperity for a world population soon to reach nine billion people, and to a peaceful world order.

However, the Paris Agreement and the 2030 Agenda are not yet fully out of the woods, as their key pillars are being radically challenged by ever stronger neo-nationalistic, populist, authoritarian movements and governments, and by leaders from Vladimir Putin to Viktor Orbán and Trump.

Is history repeating itself? And is it a farce or a tragedy?

Is history repeating itself? And is it a farce or a tragedy? Will it only be in 2021 or 2025, after the Trump era, that the 2030 Agenda and the Paris Climate Agreement are resubmitted? The costs would be high in such a case.

If global climate change mitigation efforts were to be massively thwarted, it would no longer be possible to stabilise global warming at the two degrees Celsius mark, and the consequences of climate change would give rise to international security risks. If the US, still regarded as the world’s leading country, were to pursue a domestic and foreign policy geared towards social and political exclusion, restricted self-interest, polarisation and the weakening of shared institutions, then this would also provoke national and international instability and conflict.

What needs to be done to prevent a situation in which it takes conflict and global crises to pave the way to greater global cooperation?

The discussion about the rise of a post-Western world order is closely linked to the rise of the emerging economies and their strategies and visions for the global order of the 21st Century. What is surprising is that the underlying structures of the multilateral system are now being called into question by right-wing populist movements in the West itself.

On the agenda are the discrediting of international organisations from the European Union and the World Trade Organization to the United Nations, through “our country first” perspectives threatening the concept of promoting common interests, and, last but not least, the calling into question of open and diverse societies as the basis for global cooperation.

It is easy to identify those who would benefit from a Western world in tatters: nationalist powers in China and Russia.

As such, the international system is at tipping point. New alliances of actors from OECD countries, emerging economies and developing countries are needed in order to pave the way for a fair world order based on the reconciliation of interests and a common culture of cooperation and freedom, without which a world of global interdependencies would descend into conflict, chaos and escalating insecurity.

The worst case scenario would see Marine Le Pen elected President in 2017 and France leave the EU, which would then implode and collapse. Trump and Le Pen would become nuclei for right-wing populist movements in the West and beyond. This would mark the beginning of the end of the world order as we currently know it. While such a forecast would have been seen as far-fetched just a few weeks ago, it can no longer be entirely ruled out.

In the optimistic scenario, Trump’s election would serve as a wake-up call to Europe, which would renew its commitment to its core values of human rights, equality, democracy, multilateralism and a focus on global common goods.

The 2030 Agenda and the Paris Agreement could provide the starting point for a European and global modernisation, justice and peace project, thus improving future prospects for Europe and the international system: the radical reduction of social inequalities, the creation of employment prospects for the young generation, endeavours to drive the decarbonisation of the European energy system, work to combat the tax evasion strategies of wealthy citizens (Panama Papers) and global companies (profit sharing) on the international financial markets, and efforts to push a modernisation pact with Africa.

Europe could take a similar approach to the new US President and develop a 100-day strategy to secure the support of international partners for this project and engage proactively in dialogue with the Trump government. This would give a whole new meaning to Germany’s G20 presidency in 2017, as an opportunity for developing communications channels with the new US administration and exploring options for mainstreaming the Paris Agreement and the 2030 Agenda to the greatest possible extent within the G20.

Of course, governments only represent one group of actors here: thirty years after the Brandt Report and the Reagan and Thatcher era, it is not only economies, but also societies which have become far more closely intertwined. Consequently, the way that civil society groups, culture makers, research networks, cities and also companies respond to the Trump shock will be of crucial importance.

Maybe we will see progress akin to that which followed the failure of the 2009 Copenhagen Climate Summit: a wave of international cooperation originating primarily from societies, cities, international organisations, science based networks, and certain sectors of the business community which ultimately gave rise to the Paris Climate Agreement.

The future of the world order at the beginning of the 21st Century no longer depends solely on the US President, his administration and the intergovernmental system. We are living in an emerging global society.

The original version of the article was published in German on Zeit Online.

Dirk Messner is Director of the German Development Institute in Bonn, Germany.