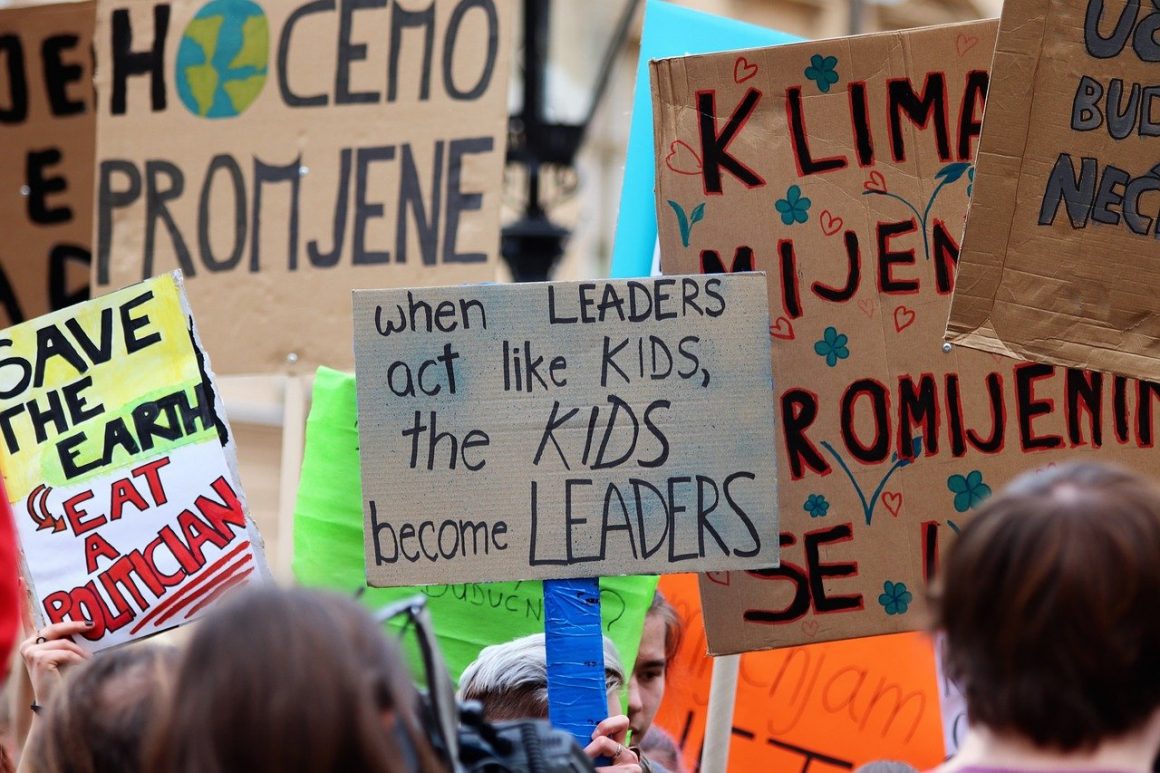 Climate Change – unheard of before the 1950s, is now the most significant issue against which humanity has to fight. Our planet Earth has existed for billions of years and has seen a great number of periodic heating and cooling cycles. However, with the rise of our species, a major change has occurred. In the past couple of centuries, the Industrial Revolution marked a period of tremendous “development”, which came at a heavy cost borne by the environment.

In the past few centuries, humanity has progressed at a rate never seen before. We have achieved better living standards. Mankind, which just about 500 years ago was discovering sea routes on our own planet, has successfully sent  multiple manned missions to the moon. Our knowledge of our environment, our planet, our solar system and our universe has expanded. With the technical advancements, today, we have enabled better medical facilities increase average human lifespan by many years. However, all these achievements and successes have led to an unwanted result: it has altered the very planet that has been sustaining and giving us life so far.

For the sake of growth and development our species has consumed a substantial amount of the planet’s resources. The most damaging activity of all has been the extraction of fossil fuels. Coal mining and drilling alone cause vast deforestation, soil erosion, and instability to the ocean floor. The usage of the extracted fuels further produces enormous amounts of air pollution. In some cases, disasters like oil spills and coal-seam fires result in additional damage to the already depleted environment. All of this together has resulted in dramatic changes in the climate across the globe.

The average temperature has been consistently rising over the last four decades. The average rate in temperature rise from 1881 to 1980 was at 0.07° C per decade. Since 1981, it has more than doubled to 0.18° C per decade. This may not sound too alarming; however, it has already caused irreversible changes to the Polar regions.  Over the last fifty years, change in seasonal winds and depletion of arable land have often destroyed crops and contributed to the hunger crisis that humanity is facing today. Despite the alarming consequences and the world scientists’ warnings, the general population has been mostly ignorant of this catastrophe until recently.

Distressed by the irresponsible attitude of the baby boomers and Gen X, millennials and Gen Z have taken notice of the crisis. Today, we see a growing number of young people raising their voices, taking initiatives, spreading awareness, and working towards solutions. Today, Climate Change has finally been mainstreamed into the public discourse, forcing world leaders to address the issue.

The last decade has seen a number of youth-led start-ups coming up with innovative solutions. One of the most successful such start-ups is The Ocean Cleanup, founded in 2013 by 18-year-old Dutch inventor Boyan Slat with the ambitious aim to clean up 50% of the Great Pacific Garbage Patch in five years after a full scale system roll-out. The youngest ever recipient of the United Nation’s highest environmental accolade, Champion of the Earth in 2015, Boyan hopes to have a plastic-free ocean by 2050. Brickify Ltd, based in Nigeria, upcycles plastic waste into fire-, water-, and heat-resistant paving bricks used in the construction of roads and low-cost houses. Oluwamayowa Salu, the CEO of Brickify Ltd, has innovated this unique way to combat plastic pollution, while addressing housing deficit issues prevalent in many developing nations. Lubomila Jordanova, a German entrepreneur, has started Plan A, an IT firm which helps businesses calculate, monitor, and reduce their monthly carbon footprint. Founded by Kushagra Srivastava, India-based Chakr Innovation develops solutions to make energy production sustainable and environment friendly. Recognized by renowned organizations like UNEP and WWF, Chakr Innovation has taken up the mission of cleaning the air of New Delhi, one of  the Earth’s most polluted cities.

Gen Z is not far behind when it comes to supporting the millennials. In recent years, we saw a rise in the number of young climate activists, from the internationally celebrated Greta Thunberg, who is at the forefront of Fridays for Future and School Strike for Climate, to many others who have not received equal media exposure such as Ridhima Pandey, from India, and Leah Namugerwa, from Uganda. Upon witnessing the Uttarakhand floods in 2013, which killed more than 5,000 people and damaged over 4,000 villages in India, Ridhima took up the challenge of climate change. In 2017, at the young age of 9, she filed a lawsuit against the Indian government over its inaction against climate change. This lawsuit was the starting point of her fight against climate change, which eventually led her to the United Nations Climate Action Summit in September 2019. Lesein Mutunkei, a 15-year-old boy from Kenya, has launched a #Trees4Goals campaign. He has combined his interest in football with his activism, starting a unique movement where he plants a tree for every goal he scores and encourages others to do the same. Lesein has encouraged his school and football club to be more sustainable and plans to spread his movement to the entire African continent. Last but not least, Autumn Peltier is an activist for clean water and indigenous communities. She has achieved multiple nominations for the International Children’s Peace Prize and was included in the BBC’s 100 Women of 2019.

Climate change is not a new phenomenon; it has been prevalent since the last century. Our species has conveniently ignored it so far, but we cannot afford that luxury anymore. Many mistakes have been made, and irreversible changes have occurred for which future generations are bound to pay. However, as the baton of leadership is passed to a new generation, we see rays of hope for our future. Fortunately, youth today not only recognizes this catastrophe but is also willing to work towards actively combating it.

We must not forget that we do not inherit the earth from our ancestors; we borrow it from our children. Let’s strive to leave behind a planet that can sustain life long after we are gone.

Reimagine. Recreate. Restore. Those are the watchwords of World Environment Day, an annual day of celebration and contemplation taking place globally on June 5th every year. In 2021, Pakistan is playing host to the official events of the day, which this year also mark the beginning of the United Nations Decade on Ecosystem Restoration. According…

Earlier this year, scientists at the Netherlands-based Wageningen University conducted research that had many buzzing with excitement. After only several hours of meticulous training, a sample of honeybees had learned how to detect Covid-19 infections, within a matter of seconds, due to their keen sense of smell. While this method of detecting Covid-19 will certainly…