Viktor Sukup is an analyst of European and international affairs and regional integration. Former professor of international economics at the University of Buenos Aires in the 90s and official of the European Commission between 2000 and 2012. Author, in particular, “Europe and globalization“, Buenos Aires, 1998. Member of the Steering Committee Club of Rome / Brussels. 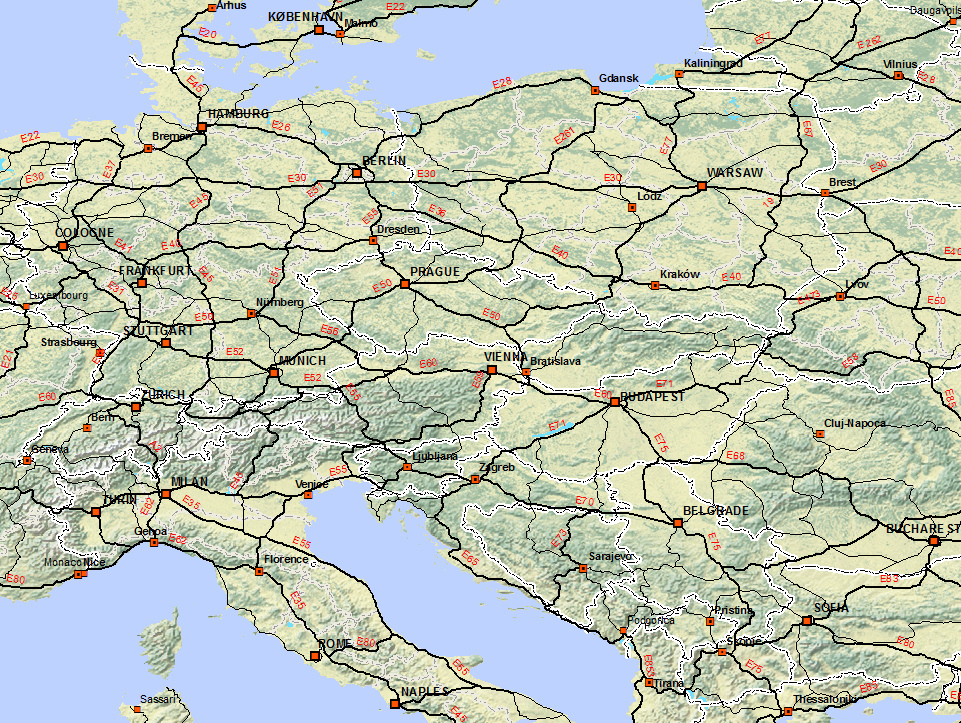 The Roman Empire stretched as far as the Danube and the Rhine, where the name of Cologne itself still recalls the ancient Romans. But it was precisely the “northern barbarians” that put an end to it. And central Europe, the Mitteleuropa of the upper Danube, experienced the many migrations that completely changed the face of Europe. From the East came the invasions of Slav peoples and the fearsome Huns, ancestors of the Hungarians who alone in Europe, along with the Finns, the Estonians and the Basques, a language that does not belong to the Indo-European family.

Also appearing in the thirteenth century were the relatives of the Huns, the Mongols, invading as far as the lands of Poland and Germany. But to see contemporary Hungarians or Finns as descendants of those Asian invaders would be as wrong as thinking that Germans are all tall, blond and blue eyed. Over the centuries, repeated mass migrations have created intractable ethnic melting pots, and not only in large cosmopolitan cities like Berlin, Prague and Vienna, or in other emblematic cities like Venice, Trieste and Salzburg, the city of Mozart.

To see contemporary Hungarians or Finns as descendants of [the Mongols] would be as wrong as thinking that Germans are all tall, blond and blue eyed.

In the nineteenth and twentieth centuries, long after the occupation of the Balkans by the Ottoman Empire and their two sieges of Vienna in 1529 and 1683, there were significant migratory flows from all over this Mitteleuropa of the Austro-Hungarian Empire, and its neighbouring Swiss and German regions, mainly to North America. Within this empire, with no less than eleven nationalities, an internal stream of migrants was that of many Jews from Galicia and Bukovina, regions absorbed only towards the end of the eighteenth century, which increased, during the second half of the nineteenth century, the Jewish proportion from less than 2% to more than 10% of the population in Vienna, transformed by then into a multi-ethnic melting pot with countless Slavs and other non-Germans family names.

Wars and other upheavals of the twentieth century brought new trends, especially in terms of displaced persons, among these about twelve million Germans in 1945, refugees from the East, and migrants to Britain, France and the United States. If the States now became the champion of Nobel Prizes, earlier it had been Germany. The fact that the US became the Mecca of the film world was due largely to its many central European immigrants. What would Hollywood be without directors like Fritz Lang, Michael Curtiz, Ernst Lubitsch and Billy Wilder? Or global finance without the great speculator, but also original analyst and philanthropist, George Soros? And who could ignore Sigmund Freud, born in Moravia and famous for his teachings in the multicultural Vienna of the early twentieth century, before his forced emigration to London? Or the artistic, literary and scientific contribution of countless central European refugees of the disaster brought about by Adolf Hitler, a native of an Austrian city bordering Bavaria, and then “Führer” (conductor) from 1933 to 1945 of a “Great Germany” won over by his dementia?

Having recovered from the horrors of World War II, how did the region respond to the challenges of the Cold War and its transformation into a group of immigration countries? In Germany, Austria and Switzerland, it was not easy to consider the “guest workers” (Gastarbeiter) as new residents with equal rights. Their integration, especially that of Turks and others of Muslim confession, was complicated, resulting in violent xenophobic attacks like the burning of foreigners’ homes in Germany and the emergence of powerful right-wing populist parties in Austria, Switzerland and Northern Italy, that demanded a drastic reduction in their numbers.

We should remember that Switzerland has a particularly high proportion of foreigners – more than 20% – only surpassed in Europe by Luxembourg. In Austria it is lower, but more than 10%, especially in Vienna, now with one of the highest percentages of immigrants in Europe; this figure had increased rapidly in the 80s and 90s, contributing without doubt to the rapid and worrisome rise of the xenophobic populist party from the 80s, which now exceeds 25% of the votes, while in Germany and Switzerland mass immigration had accompanied the previous rapid economic growth.

Migration flows, especially large-scale emigation, did not bring undue stress, but the growing presence of Muslims strongly contributed to the rise in xenophobic parties.

There were flows linked to various different political events: Hungary 1956, Czechoslovakia 1968, the breakup of Yugoslavia; the latter, especially, caused large-scale emigration, particularly of Bosnians and Kosovars. And, of course, the end of the Cold War brought an increase in arrivals from neighbouring countries. Overall, these flows did not bring undue stress, but the growing presence of Muslims strongly contributed to the rise in xenophobic parties.

Today, Central Europe is back in the thick of migration, this time the migration of despair, coming from the Middle East and heading in its direction and to more northern countries. There are very varied popular and official reactions, from surprisingly supportive and generous to very negative ones and outright refusal, as in former Soviet bloc countries which are part of the region. These are the same countries that had supported the Bush-Blair war in Iraq, the root cause of the subsequent disasters in the region. Nevertheless, they seem unaware that their attitude could endanger the whole Schengen system, which they are great beneficiaries of.

There is no doubt that the one million immigrants, foreseen for Germany alone, is a huge challenge, even for efficient governments, strong economies and understanding populations. This illustrates the changing German policy linked to the extent of migratory pressure, especially in southern Bavaria, where every day thousands of migrants arrived in Munich, the regional capital.

Taking in a lot of immigrants is one thing, and not at all easy at that, while providing them with shelter, access to healthcare and education, and especially suitable jobs, is quite another, much harder still…

The temporary closure of the border with Austria, imposed in response, has an impact on the Austrian border with Hungary, as neither country wants to go from being a corridor to become a final destination for these flows. And there are other chain reactions, with possible major gains for the right wing xenophobic parties in the upcoming elections in Austria, Switzerland, and elsewhere. Germany is more open, partly because of the drop in the indigenous population and the need for new labour. But taking in a lot of immigrants is one thing, and not at all easy at that, while providing them with shelter, access to healthcare and education, and especially suitable jobs, is quite another, much harder still…

The former Yugoslav republics, from Macedonia to Slovenia are also at a loss as to how to deal with these unprecedented migrations, even though these countries are considered only a land passage. However, they also create tensions between the old foes, Croatia and Serbia. Hungary, with its anti-migrant fences on its southern borders, certainly deserves very clear condemnation. But we must understand, above all, the complexity of the current migration problem which leads the “good” and the “bad” to simplifying too much. Countries with no past tradition of immigration, with their own problems of post-communist transition and the election of some right-wing populist governments, are not very prepared to suddenly receive crowds of desperate migrants. In particular, strong pressure on Hungary is linked to its geographical location. The Hungarian prime minister, a repeated violator of European democratic values ​​but tolerated by his colleagues and the European Union, has accused Berlin of “moral imperialism” but is increasing in popularity and was well received recently in Bavaria by its governor who is equally critical of the German Chancellor. As chairman of the CSU, the sister party of Angela Merkel’s CDU, his attitude clearly reflects the German and central European contradictions on the issue of migration.