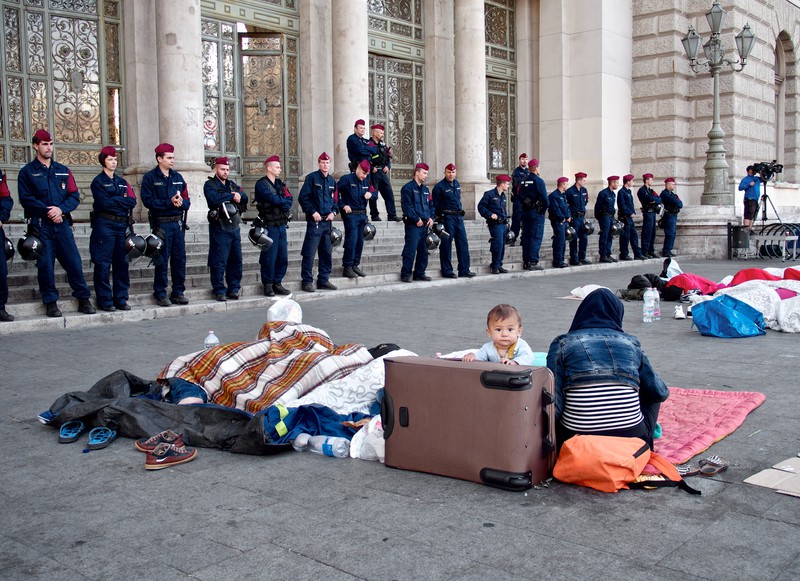 The current refugee crisis facing Europe has proven to be more than just a humanitarian tragedy; it has become a huge test for the EU’s capability in dealing with such crises.

Each country is trying to deal with the problem on its own, often colliding and bickering with other neighbouring member states and with the EU institutions.

For example, nations mainly from the Eastern bloc are refusing to accept the refugee quotas proposed by the EU Commission which would redistribute 120,000 people across the Union.

The real issue here is the huge differences of mentality, type of economy, culture and attitude towards migration among the European states.

While Germany is trying desperately to shake off the image of the “bad guy” in the continent and appear welcoming, open and friendly, other nations do not have the same aspirations.

Many former European colonial powers like France are by all means used to multiculturalism and, in fact, have even modelled their economies around migration. Other countries like Sweden have been rich and open societies for a very long time and are organized and prepared to deal with the issue.

On the other hand, Eastern countries like Poland, Hungary, Romania, Slovakia and the Czech Republic have only recently advanced in terms of their economies and societies. They have been caught totally unprepared for such a crisis. In fact, it is doubtful that they ever expected to find themselves as a refugee destination.

Until relatively recently, it was they who were fleeing the clusters of oppressive communist regimes to enter wealthier Western Europe and America. One would have expected them to be more open and welcoming to refugees.

On the other hand, though, they have a point. Europe as a whole, the UN and all the rich Western or Eastern nations should have been more generous in helping countries like Turkey and Lebanon.

These nations have been hosting refugees in greater numbers and for a considerable amount of time. If Europe had played a more active role in the crisis since the beginning, it now would not have to face floods of refugees arriving on its doorstep.

Now, as we are forced to deal with the problem, we must show solidarity, firstly, among ourselves and, secondly, towards the refugees. Prove that Europe can handle the leadership that is sometimes required from it.

We cannot allow only a handful of countries in the Mediterranean to tackle the crisis on their own, nor Germany to take full responsibility in sheltering all of the refugees.

For starters, we should have formed a joint policy for such humanitarian crises, since the phenomenon is not new.

Ever since the war in Iraq and Afghanistan, or later the Arab Spring, the rise of ISIL or even the war in Ukraine and the annexation of Crimea by Russia, we should have been prepared.

It is understandable that Europe has still to recover from the economic crisis, thus sourcing funds for migrants is difficult. But that is why sharing the responsibility, be it financial or humanitarian, must become a norm among European states.

As the situation is too much for one country to handle and since we are all affected by the crisis, then closer cooperation would seem sensible, if not inevitable.

Europe should set up refugee welcome camps all over its territory, while spreading their numbers and the financial responsibility to accommodate them.

We must agree on the creation of a policy that will ensure either their integration in our countries or gradual repatriation once the threat is over in theirs.

We should also try to come to an agreement for helping and cooperating with other rich regions of the world, engaging them and ensuring a global response to the crisis.

If the situation continues without being properly dealt with, it poses a major security threat for all European nations and a potential cause for social unrest and instability.

Instead of bickering and trying to shift responsibility from one country to another, our governments should utilize what they have already set up— an agency with a particular task in minding Europe’s common borders, like Frontex.

That naturally means increasing funding and supplying it with all necessary resources, plus recruiting individuals to work for the agency.

We have huge unemployment rates ravaging Europe’s youth, why don’t we start employing people to work where they are needed the most nowadays?

Unemployed people could apply for a paid assignment for a season, a year or more—even a permanent assignment in the Greek Islands, southern Italy, Malta, Bulgaria, Hungary and so on.

This way, we could control who enters our continent, plus we could have already their documents and identity before they hand them out to smugglers, arriving illegally to our continent. If there is a way to avoid alleged ISIS fighters entering Europe, perhaps this is one.

Our leaders have been burying their heads in the sand for too long, being preoccupied by the economic crisis and Greece. They hoped that this humanitarian urgency would never knock on their door.

Now that they were proven wrong and people are arriving in the hundreds of thousands, they still rush to protect their borders and blame their EU partners, than take action and responsibility.

We should support Frontex and, if needed, send additional forces and officers to the entry points on Europe’s borders.

Furthermore, we could assist transit countries by sending them resources, plus officers to encourage legal migration into Europe, discouraging illegal entry.

We must understand that since we have opened our borders, the only way forward in dealing with this challenge is to act united.

We cannot bow to the pressure from nationalist and conservative parties, which take advantage of this situation to achieve their goal; we cannot let them raise the internal borders in Europe again.