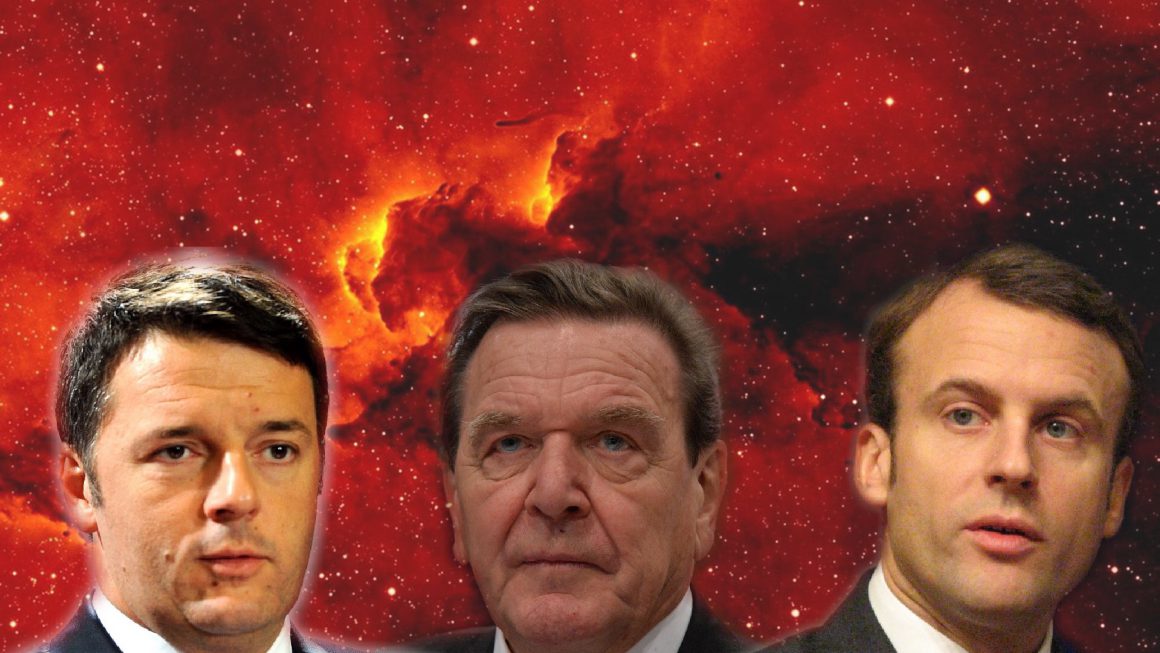 Renzi and Macron aim to promote growth and employment by following the path of Germany’s last social-democratic chancellor. They may be digging their own graves.

That Germany is the North Star of labour market reforms has been the dominant narrative since the outbreak of the euro crisis. The German social-democratic chancellor Gerhard Schröder’s reform of employment regulations has been considered fundamental in boosting the country’s productivity. Accordingly, other European countries have been encouraged to follow the German example to recover their own “competitiveness”.

Governments in Italy and France have decided to fully implement this prescription. The result is a requiem for social-democracy.

When Schröder announced his revolutionary labour reform, known as Agenda 2010, Germany’s 2003, unemployment rate stood at 10.5% and there was a broad consensus that something had to be done. “Sozial ist was Arbeit schafft (Whatever creates work is social)” – these words, pronounced by Schröder when introducing his plans, marked a historic ideological watershed in the way social-democrats conceive labour.

Whatever creates work is social.

They undermined the concepts of “social and distributive justice”, which had been until that moment at the core the SPD’s message, and opted for a strategy whose declared aim was full employment, even if it meant lower salaries and higher social insecurity.

The Agenda promoted employment deregulation by expanding the ‘minijobs’ scheme (part-time and low wage jobs, where the monthly income is actually less than €450), by making it easier for companies to offer fixed-term contracts and hire subcontracted workers, and by making it cheaper to dismiss workers (especially for small firms with fewer than ten employees).

Additionally, a series of measures pushed unemployed workers to accept new job offers, by limiting access to unemployment benefits and by making them less generous. Unemployment insurance was reduced from 32 months to one year. Moreover, after one year, unemployed people could no longer benefit from the open-ended “unemployment assistance”, that paid roughly 50% of the recipient’s previous net income. They now had the right to a much less generous “social assistance” (infamously known in Germany as Hartz IV), which is today worth €409 a month. To obtain it, they have to commit to accepting every proposal put to them by the job centres (even the so-called “one euro jobs”, community jobs that are paid €1 per hour).

The reform had split both the country and the party. Oskar Lafontaine, Schröder’s predecessor at the head of the SPD, abandoned the party to join Die Linke, the successor to the GDR’s ruling party and now the third force in the German Parliament. Schröder subsequently lost the elections, and his adversary Angela Merkel benefited doubly from the labour reforms, beating him by building both on the improved unemployment statistics and the popular dissatisfaction with the dismantling of the social safety net.

As the euro crisis hit the continent, Germany emerged as the reference model. Other EU member states were encouraged to increase their market competitiveness by passing reforms to decentralise collective bargaining, liberalise employment protection and raise the retirement age, as Germany had done.

The crucial novelty introduced with the new law is that permanent contracts cease to exist in practice.

The crucial novelty introduced with the new law is that permanent contracts cease to exist in practice, as employers are no longer obliged to reinstate workers, even when they are wrongfully fired, with the exception of discriminatory or oral lay-offs. Employers now just have to reimburse workers with an amount equal to two wage packets per each year of past work and no less than four wages.

Moreover, the new law has also increased the maximum amount of revenue (from € 5,000 to €7,000) that could be received in vouchers (i.e. hourly tickets used to compensate temporary or part-time workers, where the net hourly salary amounts to € 7.5), boosting their use and abuse. At the beginning of 2017, the government of Paolo Gentiloni, Renzi’s successor, backtracked on this last measure.

Renzi resigned in 2016, after losing an important constitutional referendum. However, he took back the reins of his party, winning the race for the new secretary and he is planning his comeback as PM after national elections in 2018. But his party is languishing in the polls and several new political forces are flourishing on his left.

Since his victory in the French presidential election, Emmanuel Macron has given his political actions a sense of urgency that has allowed him to present in a relatively short space of time an ambitious proposal on labour reform. A plan that represents a continuation of the strategy of the previous centre-left government of François Hollande. Prime minister Edouard Philippe unveiled the project on Thursday 31 August.

Leave employers free to negotiate agreements within the borders of an individual firm.

As expected, the new plan aims at reducing the negotiating power of the trade unions, as it proposes to leave employers free to negotiate agreements within the borders of an individual firm and not at sector level, as it has been the case until right now.

The reform project proposes to make firings easier in at least two ways. Firstly, judges should no longer be able to oppose firing plans because a multinational is performing well on a global scale, but must now only refer to the performance of the firm in France. Secondly, Macron’s plan proposes that, in case of unfair dismissals, an employer would have to pay damages equivalent to three months’ salary for every two years of employment. Currently, most cases are solved through an arbitration process that can result in massive pay-outs for the firm.

Finally, according to Macron’s plan, with the new law, duration and renewal terms of temporary contracts should be set at the level decided by the relevant professional sector. In principle, this means that workers could be employed on a temporary basis for even longer than the current limit of 18 months.

Macron’s honeymoon with the French people seems already to be coming to an end: the new president saw his popularity fall to 40% in his first couple of months in office. We can bet that in the months to come that attacks from political opponents and trade unions will become more and more virulent.

Why go on with a “more of the same” strategy? Why risk importing the most regressive aspects of the German system without gaining its economic efficiency?

Instead of trying to blindly jump on the German bandwagon, Italy and France should acknowledge that they lack both Germany’s institutional settings and its leading role in the European Union, which allowed it to champion a reform of the eurozone and to increase demand, partly by reinvesting some of its monstrous trade surplus.

German economic strength is built on high levels of wage coordination, excellent vocational training and collaborative intra- and inter-firm relations – a mix that allows firms to compete on quality as well as price.

In Italy and France, wage bargaining is more difficult, since the trade unions are strong but divided, vocational training schemes work less well and large segments of the workforce are less skilled. Before the introduction of the euro, these countries coped with this situation by running economic policies based on the expansion of domestic demand and offset the consequences of inflation through devaluation.

However, since the creation of the eurozone, demand-led strategies have simply been outlawed and France, Italy and other Mediterranean countries have rapidly lost competitiveness compared to the EU’s Northern states. To solve this, Southern European states are being asked to roll back 100 years of social and job security legislation.

The European social-democratic centre-left has accepted a part in a fatal race to the bottom instead of fighting for the establishment of a fair European labour policy, and it will pay a high price for this lack of vision. Renzi’s and Macron’s labour reforms are digging a deep trench between insiders and outsiders (i.e. those with guaranteed long-term and permanent jobs and those with short-term contracts) – with the latter abandoned to their own destiny. In this way, they the left is dismantling what remains of its traditional electoral base.