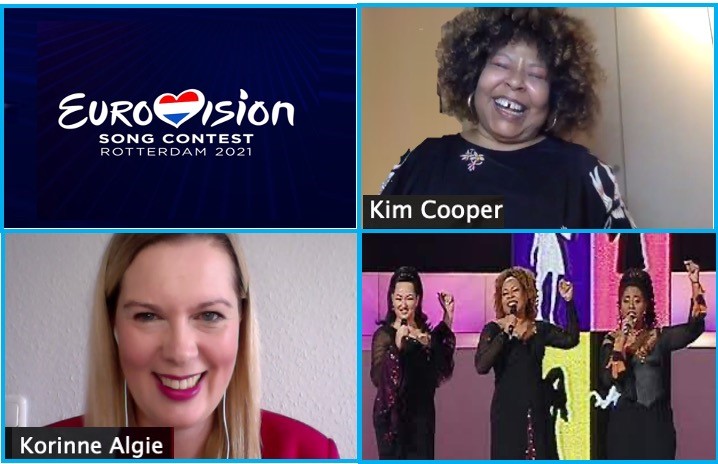 By Stuart Best and Péter Kakucska

After being postponed a year for the first time in its 65-year history, the curtains will finally part this weekend for one of the world’s largest annual shows, the pan-European event of song, music, and dance – the Eurovision Song Contest.

As last year’s event was rescheduled due to the coronavirus pandemic, there is even more expectation and increased attention for the over 200 million people worldwide who will watch this unique celebration of pop culture during the week’s preselection shows, culminating in the Grand Final this Saturday, in the Dutch city of Rotterdam. The theme for the show remains the same, “Open Up” which eerily was coined well before the pandemic and is even more poignant today.

With no shortage of indescribable show effects, outlandish costumes, quaint lyrics and harmless-seeming performances, Eurovision showcases nations whose performances are grounded in building on post-war narrative themes centred on hope, peace, and unity, such as “We Are One”, “Building Bridges” and “Come Together”. Eurovision’s conception was borne out of the European ashes of the Second World War and undoubtedly, if not subliminally, it promotes peace and positive kinship.

“Eurovision is Europe’s window to the world and a mirror of its reality”, Korinne

Loved by many and maligned by a few, Eurovision can be seen as a window that Europe looks out through into a positive and optimistic future, but it can also be seen as a mirror that reflects the cracks and flaws amongst the glitter and wind machines. There is much more to the contest than just a race for ‘Douze Points.’

This week, we spent a lunchtime interviewing two inspiring women whose careers have been shaped and intertwined with Eurovision. Their thought-provoking and fascinating insights, both backstage and on the world stage, made it abundantly clear that Eurovision has played an important role in developing global issues, including global harmony and social equality.

Korinne Algie, a digital communication correspondent, Eurovision expert, and PR specialist, says “Eurovision is a festival of song that for one night celebrates the diversity of the many nations of Europe and unites them to create a very special and unique community. “

Kim Cooper is an artist who rose to fame as the 90’s disco diva of house music and is also one of the “Rounder Girls”, an all-female group that competed in Eurovision 2000, representing Austria. Kim agrees with Korinne that Eurovision is a family-friendly festival for the public, but she adds that it is “very much a competition” for the artists, as “it’s their chance to gain exposure to an audience of hundreds of millions and possible record deals” which, in the case of ABBA, the 1976 winners, amounted to 800 million USD.

Eurovision has developed from merely a song competition to a social movement, which artists may use as a platform for advocacy, where deeper social and political issues and causes are inextricably intertwined with songs, dance, music, and performance. “Every country that participates in Eurovision uses it in some way to present their country in a particular light” comments Korinne, whether it’s to improve their public image abroad or simply as a tool to drive the foreign tourist dollar.

Kim recalls the time when Eurovision became an international PR tool for the newly elected right-wing Austrian government. In the 1999 federal elections, the populist right-wing Austrian Freedom Party (FPÖ) received the second most votes. The party, and in particular their polarising leader Jörg Haider, played on Austrian nationalism, used racist, anti-Semitic, and xenophobic language, flirted with national socialist concepts, and advanced social dismantling with their conservative attitudes regarding abortion and homosexuality.

In February 2000, just months before the contest, a new government was sworn in whilst tens of thousands were demonstrating in front of the government chambers not far from where Hitler declared his “Anschluss” with Austria in 1938. In that crowd was also Kim who was performing songs from her “Tribute to Black Icons” concert, “It was a scary time”, notes Kim. Once in power, the European Union applied sanctions and began a programme of diplomatic snubbing. They also sent a 3-man task force to Vienna to report on political and social developments.

It was in the midst of this social and political turmoil, that the Austrian state broadcaster – ÖRF, chose the Rounder Girls to represent the small alpine nation in Stockholm. For Kim, it was clear that the rising tensions were the reason for their selection. The group comprises Austrian Tini Kainrath, the late Brit Lynne Kieran, and our guest Kim Cooper – an American. With two-thirds of the group being black and foreign, singing “All to You”, a wonderfully catchy sing-along number, praising the human happiness of being in love and written by an American, Dave Moskin, one can say that the state broadcaster was doing the work of the foreign affairs ministry, by deliberately picking foreign, black women to soften the country’s image.

“They wanted to show Europe a different side of Austria and Austrians”, says Kim. Whilst she “was grateful that ORF did not muzzle” them, one can arguably say, the opposite was the government’s intent. Once they landed in Stockholm, they unknowingly took on the unofficial role of Austrian ambassadors, heralding the young generation of Austrians and promoting them as positive examples of good Austrian and European citizens. They gave countless interviews, “not about the song, but about Austrian politics”, says Kim almost rolling her eyes.

The mere imagery at these press conferences raised questions on how integral national identity and outward imagery was in the contest and this became a talking point. But not always positive. Kim and band members received countless emails, which “were vile and unrepeatable, saying that we did not represent real Austria.” The discomfort is wiped from Kim’s face when she recounts “as I entered the massive Stockholm stage, I told Lynne, “That’s how it must feel like to be Tina Turner”. That memory, her Swedish family and the emails from strangers commending her and their “girl-power” remain as positive trinkets. 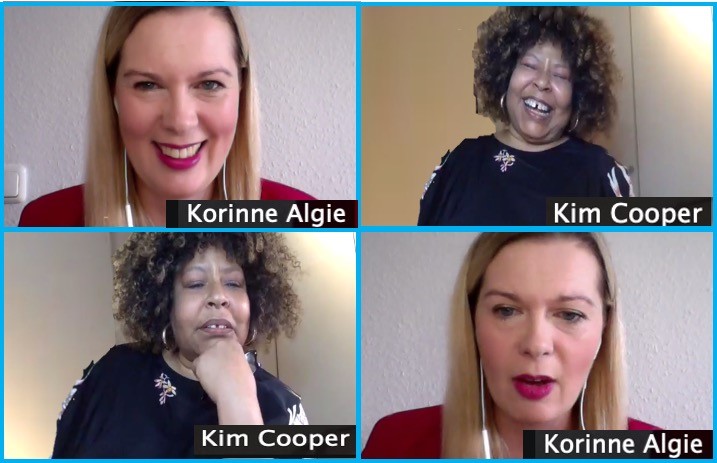 “Eurovision gives people a sense of acceptance and belonging”, Kim

Eurovision has become a ‘safe space’ for activism and social movements and can be a powerful platform to “push political agendas.”  Interestingly too, the “public support of such acts indicates wider support for such movements, and Eurovision can foreshadow social developments long before they make it to national parliaments.”  These supporters of progressive movements are primarily drawn to social human issues of gender parity, racial equality, minority rights and are usually allies for environmental causes and champion climate change and global sustainability. Rotterdam too is an ally and organisers have insisted this year’s event will be the most sustainable in history.

Social movements and progressive narratives have been intertwined with Eurovision for years, and it has undoubtedly been vital in changing perceptions.  LGBTI issues have been at the forefront, with Russian entrants t.A.T.u being used by Putin’s regime to pinkwash Russia in 2003, exemplifying how Eurovision is used as a platform to project desired national images.  Jumping a decade ahead to 2013, and LGBTI issues were again in the spotlight, but this time, it was to make a political statement in order to influence policy.  Finnish performer Krista Siegfrids kissed a female dancer on stage to promote the legalization of same-sex marriage in her country, receiving rapturous applause from the audience.  One’s freedom to express sexual orientation was central to these social narratives, even in the social backwaters of the Balkans. In 2007, Serbia wins the contest with the epic love ballad “Molitva” (Prayer) sung in Serbian by Marija Šerifović, dressed like a dishevelled groom surrounded by 5 female “grooms” and includes the lines “Falling in love frightens me” and “I can’t lie to God”. Marija, who eventually comes out as a lesbian, is powered to victory, notably receiving twelve points from all the other former Yugoslav countries.

The fact that just years earlier the Balkans were engulfed in a Serbian ignited war, shows the power that Eurovision can have in building peace and unity, and that narratives of hope belong front and centre of the Eurovision stage.

Of course, reaction to these powerful statements is not always positive.  Notably, transsexual Israeli artist Dana International, Kim says “put her life on the line” when representing Israel in 1998 and received death threats from Ultra-Orthodox Jews in her home country.  Decades later, despite drag queen Conchita Wurst storming to victory, there was a barrage of criticism from politicians in Turkey, Russia, and Poland. A similar reaction greeting Siegfrids kiss, with some international broadcasters removing it from transmission altogether.  In any social movement, there will always be those who do not agree, but what is clear, is that Eurovision has become the premier platform for highlighting social causes in Europe, and its huge audience and fanbase are a powerful voice that politicians should ignore at their peril.

So, as we ended our call with our interviewees, Korinne was busy preparing press releases for the big event and as Kim was heading to virtual rehearsals with her newly formed all-female eleven-piece group “Viennese Women”, many Eurovision fans are looking forward to sitting down on Saturday to see the annual festival of music, lights, and sounds.  However, it is clear that it encompasses so much more, and this year’s event, like every year, will be inherently political as Korinne admits that “there is a lot of strong political commentary this year”.  Korinne adds that Malta, France and Italy are her favourites to win the competition, but more often than not, the real winners of Eurovision are the issues that are advanced and the barriers that are broken… not just those who receive ‘Douze points.’

The Eurovision Song Contest will be live across national broadcasters Saturday 22nd May, at 21:00 CEST

The 2016 Eurovision song contest held in Stockholm, Sweden, on 14 May, was won by the female singer Jamala for Ukraine with the song “1944”, which got the highest score (534 points).

Vienna, the grand city of music, is playing host to the 60th edition of Europe’s premier pop singing event; albeit, Vienna is famous for opera, symphonies and classical music. #12Points is how the city has been rebranding itself for the duration of the Eurovision Song Contest (ESC). The face of the ESC 2015 is Thomas Neuwirth, more commonly known by his Drag Queen persona ‘Conchita Wurst.’ From advertising for bank loans to having a sausage named after her, no one in the past few years has achieved as much popularity after winning the ESC as Conchita. The city entered into a week of celebrations on the Sunday leading up to the finals. The State Opera House (Wiener Staatsoper) organised a special matinee programme, with the overarching theme of ‘Building Bridges’…