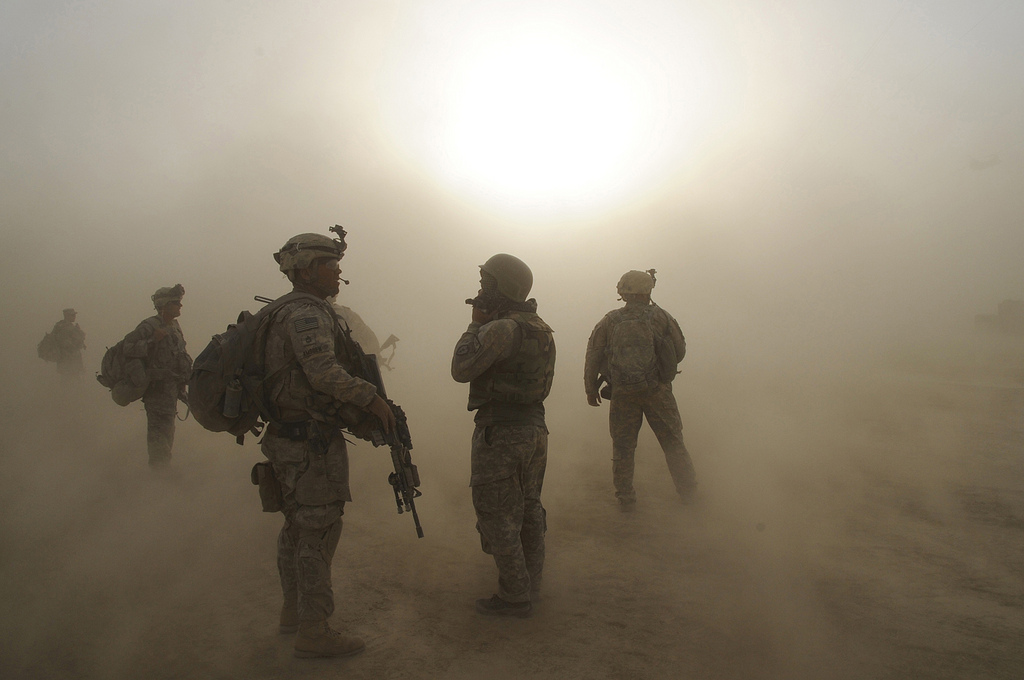 The UK and the US are shifting their focus away from Europe. Should the EU create its own defence alliance?

This summer, as the EU was rocked by doubts, NATO, the world’s mightiest military alliance, has also had its share of uncertainty caused by remarks of some of its members’ prominent politicians.

In mid-August, Jeremy Corbyn called for NATO to be “closed down.” The British Labour leader also said the military alliance was an “engine for the delivery of oil to the oil companies” and called for it to “give up, go home and go away”.

His comments quickly sparked condemnation by numerous defence chiefs, warning that his comments “weaken western civilization.” Mr Corbyn was also criticized after he refused to say whether he would defend a NATO ally if it were invaded by Russia.

Less than a month earlier, the US Republican Presidential Candidate, Donald Trump, struck his most stridently isolationist notes recently. He declared that NATO’s principle that an attack on one is an attack on all, should be conditional on every member country paying “their fair share”.

“I want to keep NATO, but I want them to pay,” Trump told a rally in Scranton, Pennsylvania. “I don’t want to be taken advantage of . We’re protecting countries that most of the people in this room have never even heard of,” he added.

Hybrid war tactics seen in the annexation of Crimea might become much more common.

In a recent interview, the former NATO Secretary, General Anders Fogh Rasmussen, argued that, with Mr Corbyn in No. 10 and the loudmouth Donald Trump in the White House, Europe would be left weakened and Putin would have free reign to launch attacks. He said: “I think [Corbyn’s] refusal to clearly state that as a possible prime minster of the UK, he would not be sure that he would defend NATO allies has really undermined the credibility of NATO.”

Rasmussen also added that it is unlikely that the Russian president would launch an open attack on the West, but that he might engage in a sinister “hybrid warfare”. He also warned that tactics seen in the annexation of the Crimea might become much more common.

Meanwhile, following the Brexit referendum, calls from within the EU for the creation of a European army are getting more vocal.

The European Commission’s President, Jean-Claude Juncker, declared that an EU army would enable the EU to “fulfil” its mission to the world. He added that Europe’s image in terms of foreign policy has been tarnished and the continent has not been taken “entirely seriously” and as a major power.

Czech Republic’s Prime Minister, Bohuslav Sobotka, has backed plans for a European Union military force to help tackle the threats of extremist militants, Russian aggression, and the migrant crisis. He nevertheless insisted that the new army would not threaten NATO, but would act as a “more actionable and reliable partner”.

Poland, Hungary and Germany have also openly expressed their support for such army recently.

The above statements and developments, indicate that Europe is about to go through significant change and reforms. And it is about time.

Our continent cannot always rely on our American allies for protection. Firstly and although this protection may cost Europe less as a part of NATO, it leaves it contingent on USA. Europe cannot have a truly independent foreign policy.

Secondly, it is getting clear that both the UK and the US are shifting their focus away from Europe. The Post-Brexit Britain could, at least in potential, create similar ripples within NATO. If Trump get elected and sticks to what he says, the membership in the alliance will become more costly. Not only will the European states have to follow the US interests and wars abroad, they will also have to pay more into the alliance’s budget and take more responsibilities.

Europe should hence form its own military and establish a different kind of alliance with America – one that will be between equal and similarly engaged super-armies: a North American and a European one. It could be then joined by other Western nations like Australia and New Zealand.

For the time being, it will not be wise for Europe to abandon NATO altogether, given the increasing instability that spreads right at its doorstep. We still need a back-up support from our allies in NATO and beyond. Until we develop our own defence and become coordinated militarily, we will have to get the most out of USA and the UK, their knowledge and infrastructure.

With its own military, Europe could gain confidence and be eventually taken seriously as a world power.

Right now, with Russia as well as America passively or actively influence our internal and foreign affairs, and our continent remains nothing more than a trade behemoth and the world’s biggest market, which does not have concrete abilities to defend itself.

The benefits of militarization

Naturally, the European citizens will wonder what benefits will such development offer him. Besides, shouldn’t the world become less militarized, less hostile to each other?

Ideally, it should. We must start spend less in weaponry and our arms industries, while investing more in education, science and technology. Yet sadly, the world is not yet ideal. Until we can achieve peace globally, we still need an army for defence, security and dealing with natural and humanitarian disasters.

With its own army, Europe’s own vision on world security could thus become a serious alternative to the one defined largely by the US foreign policy. We would be able to counterpart the US, based on our own interests, ideology, values and world views and to stop simply following our US allies.

Europe can shape the world for the better, if it gets actively involved, stops being a follower and just a market and when it is seen by the rest of the globe as a region that they can turn to when in need.

Over the weekend of 28 January 2022, Russia moved blood supplies close to its border with Ukraine, where tens of thousands of Russian troops have been amassing, further adding to US concern of the imminency of invasion. When stored at 6ºC, donated blood can last up to approximately six weeks. The clock is ticking as the…