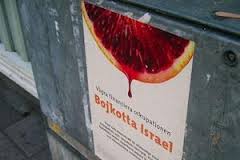 Benjamin Netanyahu might be right— the European Union indeed “singles out” Israel by its recent labelling guidelines. But maybe not exactly the way he thinks.

The EU now requires to label products that originate in the territories occupied by Israel since the Six-Day War in 1967: the Golan Heights, the Gaza Strip, and the West Bank including East Jerusalem. However, shouldn’t imports from illegally occupied territories be banned altogether, and that as a general rule?

After all, this is precisely what the EU did in June 2014, when the Council prohibited the import of goods from Crimea or Sevastopol as a reaction to the annexation of the Ukrainian region by Russia. This shows that the EU can act when it wants to.

But are the new labelling guidelines a part of a general policy? And if so, is it consistently applied to all disputed territories? Does the EU label or ban, say, Chinese products from Tibet? And what about Nagorno-Karabakh, Western Sahara, Kashmir, Northern Cyprus, La Reunion, the Falklands, Ceuta, Gibraltar? That’s one thing the Israeli prime minister is right about—the list is potentially very long.

With some of the disputed territories being controlled by EU member states, it is clear that Europe itself is not without sin. But, at the very least, Netanyahu’s rhetoric places the territorial dispute between Israel and Palestine in a broader context and, thus, seems to acknowledge at least some legitimacy behind the EU’s decision. It agrees that there is a problem and something should be done about it; it just resents that the EU decided to start calculatedly with Israel.

The EU’s ambassador to Israel, Lars Faaborg-Andersen, told Reuters that it’s all about introducing a more precise “indication of origin, not a warning label.”

So the idea is to make possible the distinction between goods produced inside Israel’s internationally recognised borders from those produced outside. “In such cases the expression ‘Israeli settlement’ or equivalent needs to be added, in brackets,” says the EU’s imperative notice. For products from Palestinian producers, the notice recommends adding “Palestinian product” instead.

When there is no political consensus on banning imports, labelling is, perhaps, a broadly acceptable interim solution. As such, it seems to provide not only morally relevant information—letting people decide what producers they want to support and on which to apply pressure using their pocketbooks—it’s also simply a matter of accuracy.

The question is, rather, the following: As the EU has never recognized Israel’s sovereignty over the territories, how come the goods produced there have been labelled as coming from Israel in the first place?

One sixth of one percent

What will be the economic result of labelling?

It has been one of the arguments on the Israeli side that the first to suffer would not be the Israeli producers but their Palestinians employees. The latter might lose their jobs as a result of the eventual reduction in exports. This is indeed a problem. But it is hard to believe that it was overlooked by the European legislators. When sweatshops are closed, the employees may also initially lose their jobs. In other words, a utilitarian evaluation of an act’s morality must extend beyond the immediate impacts.

Around one third of Israel’s export goes to the EU, a total of $20-30 billion per year. Only around 1% of these exports originate in the occupied territories. In comparison, the EU’s imports from Palestine amounted to a mere $19 million in 2014. Israel’s Economy Ministry estimated the direct loss that Israeli producers would sustain from a diminished demand for products deemed “of a morally doubtful origin” by the settlements label. According to the most pessimist estimate, the loss should not exceed one sixth of the above-mentioned one percent.

The feet of justice

Hence, nobody would dispute that the main impact of the move is not an economic but a symbolic one.

However, the symbolic value of the EU’s measure may be undermined by doubts on whether double or triple standards are at play. The EU’s decision as to whom to punish and whom not, and in which order to deal with the long list of territorial disputes does not exactly seem to be a model of objectivity. The EU’s moral superiority card in bureaucratic disguise appears to be of low value.

Israel’s card isn’t better, though. It is simply a ludicrous attempt at obfuscation to claim that the EU “singles out” the Jewish State simply because it is Jewish. But, again, the fact that the feet of political justice are swift in some cases, while being lengthily dragged in other comparable cases, does not strengthen the perception of EU fairness.