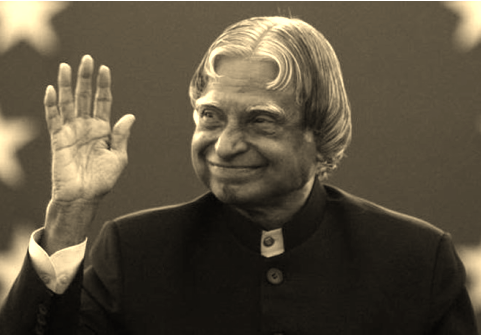 Shortly after 18:30 local time on Monday, 27 July 2015, India lost its favourite scientist-president. Dr. APJ Abdul Kalam, born into a fisherman’s family in the southern Indian town of Rameswaram, one of the holiest Hindu pilgrimage sites and the closest town to Sri Lanka, geographically. Dr. Kalam, a scientist who headed India’s guided missile programme and, later, the thermonuclear project of Pokhran II, became the country’s eleventh President in 2002.

Reports of his death put the billion-strong nation into a state of mourning. What was touching to see was the fact that most of the country’s youth could relate personally to a politician, but even more moving was the flooding of social media sites with their own pictures with him. He travelled far and wide during his years as the country’s First Citizen and, later, to spread his message.

Europe is a collection of people with cultures strewn across various lands—very similar to India. Europe needs a unifying personality, perhaps not a politician at all. Kalam, hailing from Tamil Nadu, the very state that wanted to avoid the suzerainty from Delhi and that harboured thoughts of leaving the federation altogether, unified the nation like none other; he is a personality that every Indian is proud of. Europe has its founding fathers among the leaders that created it on the rubbles of the Second World War; but that was many decades ago.

Every now and then, a nation or group of nations need a unifying person or event. In the 1960s America had Kennedy and the space programme. More recently Germany had Helmut Kohl to bring about its reunification, the Czech Republic had Vaclav Havel, Poland had Lech Walesa; but whom does Europe have now, as a whole?. Kings and monarchs can serve the idea of bringing the people together, as the Queen is revered for doing in the United Kingdom. The exiled heir to the Bulgarian throne, Simeon Saxe-Coburg-Gotha, played that role for a few years but from the position of Prime Minister in post-communist Bulgaria. Considering the democratic state Europe is looking to become, we cannot expect monarchs to play that role at continental level.

President Kalam addressed the European Parliament in Strasbourg in 2007 during Hans-Gert Poettering’s presidency. The statesman, scientist and poet enraptured the audience. His speech was forward-thinking on knowledge-sharing and empowering the youth. He even wrote a poem, ‘The message from Mother India to the European Union,’ as his final words.

With all due respect to the European project, Europe needs to stand up today and change itself but that is easier said than done. Change is slow, but it is continuous. The European Steel and Coal Community of the post World War II setting has become the European Union. Europe needs to look to the future, to see the dream of its youth realised, to stand united as one, towards a common goal. Europe must not sleep away to realise this dream. That is what Kalam said, ”Dream is not what you see when you sleep at night, but dream is something that does not let you sleep”. He breathed his last breath delivering a speech to the very students he so wanted to motivate. He was 83.

This article attempts to observe and reflect on the eco-system of violence & education with reference to youth education in conflict regions & special focus on Afghanistan.   Covid-19 Pandemic: 9 Billion Realities The Covid-19 pandemic over the past two years has hit all walks and areas of life deeply, widely and comprehensively. The reaction,…