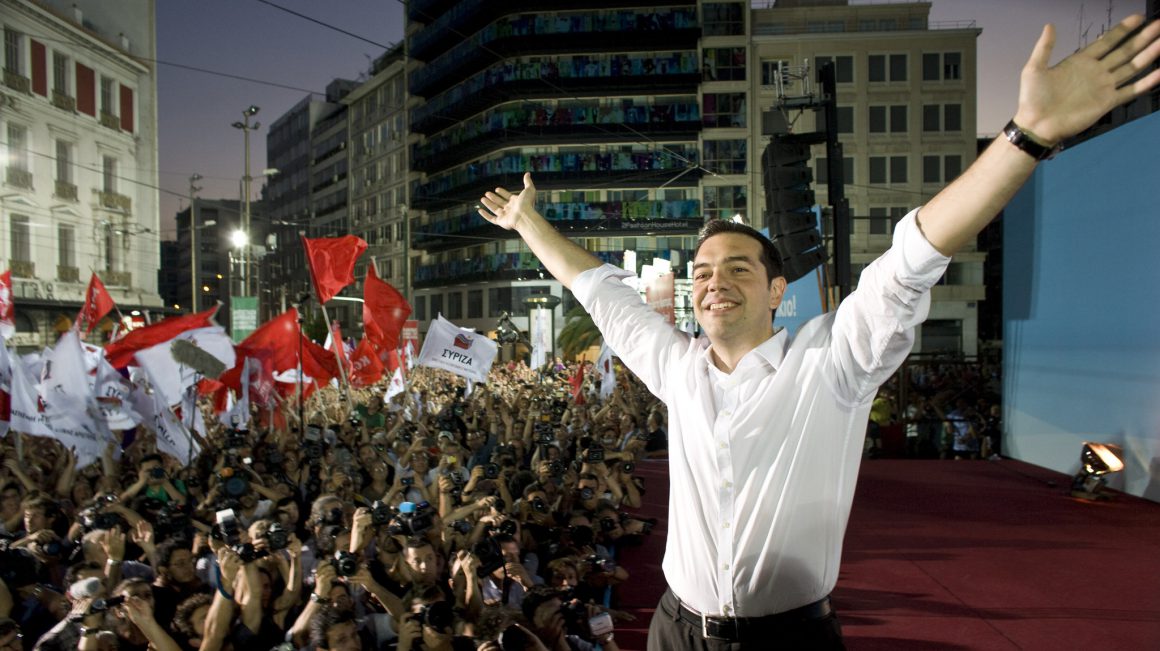 Chaos has always been a scenario for Greece, ever since the bailout. The mix was there: a bankrupt country, crippling unemployment, violent riots, weekly strikes, neo-Nazis in parliament, a rapid decline in living standards that turned into a humanitarian emergency. Outside Greece, in public analysis and private conversations, the possibility of the destabilisation of democracy came up every now and then, some kind of coup that would send the country to the extreme left or right. For those who indulged in these cassandric predictions the rise of leftist Syriza was a vindication: surely this is a rogue party, self-positioned on the Radical Left, with communist roots, and a populist rhetoric? Discussion of the Greek problem has always involved a degree of fear-mongering, which is useful in the manipulation of public opinion, but rather redundant in adding any nuance to our understanding of a foreign context. A useful key-phrase, if one truly wishes to understand Greece in crisis, is “structural reforms”. While this now stands in for internal devaluation, deregulation and privatisation, it has been, and is still, in its literal meaning, the popular demand.

Greeks have endured, if not implicitly accepted, the first memorandum’s abrupt 20- 30% reduction of income, precisely because of hope for true structural reform.

Greece has not slipped into any kind of authoritarianism, because quite plainly, democracy is not up for negotiation in this country. Greeks have endured, if not implicitly accepted, the first memorandum’s abrupt 20- 30% reduction of income, precisely because of hope for true structural reform. This stance was not out of character for the Greek electorate, but a claim consistently voiced in the elections of the past 20 years. The Social Democratic Party (Pasok) took power in 1996 with a mandate of modernisation. This was construed in terms of a national goal of a convergence with the living standards in Europe. It materialised in the effort to enter the Eurozone, during which austerity was once again imposed. While modernising infrastructure was installed in Greece, this project was managed in a way that forged an elitist connivance of the government, big business and media. The Greeks voted for the Conservative Party in 2004, which campaigned with a strong anti-corruption message. Riddled with scandals and an apathetic leadership, they were unable to make good on their promise and eventually paved the road to the debt crisis. Both traditional parties failed to deliver on legitimate modernising demands, and they failed once again with their crisis governments, by distributing the burdens of austerity unfairly, in the protection of existing elitist privileges. The fundamental restructuring of Greek political and economical affairs is now the pressing popular claim, a reformulation of the same consistent demand for modernisation. This is hardly populist or radical, and has been there all along in the vox populi. Had the European leadership not been busy punishing, and instead had aligned with the Greek majority, progress would have been visible already.

Syriza’s core voters are young, well-educated, urban citizens, a demographic far from anyone’s idea of radicals. They are joined by the disenfranchised and the unemployed in what is considered to be the big party of the middle class, the successor to Pasok, albeit more clearly aligned with the Left tradition. It includes everyone from the Marxists to the Greens and the Social Democrats, and in Greek society the left end of this spectrum in not marginalised. At the very worst Marxists are considered rigid utopians, albeit appreciated for their egalitarian ethics. Greek political culture is dominated by leftist ideas and this is commonly understood as a historical reaction to the repressive right-wing governments of the post civil war period, which persecuted communists, and the military junta that succeeded them. The Greek bourgeoisie, which traditionally supported Conservative governments, has been historically incapable of contributing to the intellectual and cultural production of the country. Content in renewing its power in the financial realm through exclusive socialisation in private schools, it has been easily dominated by the exhibitionism of new money. Tensions between the public and the private, equality or distinction, state and market, are mostly resolved with a tilt to the left in the Greek public space. More widely there is a strong culture of identification with underdogs and anti-establishment attitudes. Conservative is a word that even the right wing party shies away from adopting.

Jean Claude Juncker’s recent remark about ‘known faces’ is useful to understand why Syriza is convincing when championing ‘restructuring’. It is precisely because they have not governed, that they are able to benefit from the overwhelming disillusionment with the traditional two-party system. They are seen as a non-systemic power vis-à-vis the governmental coalition which allowed for the clientelistic scandals that involved even the minister for finance Giorgos Papakonstantinou . Even outside of this local context Syriza’s plans can hardly be classified as radical populism. They campaign for a rise in the minimum wage and pensions to €750 a month; free electricity, food, shelter, and health care for the impoverished; tax cuts for all but the rich; a moratorium on private debt payments to banks above 20% of disposable income. And famously for a debt write-off on the basis of what Germany received in 1953. The latter they are ready to negotiate in a deal that would include new Greek bonds that are linked directly to Greece’s economy. It fits within their idea of a growth oriented New Deal for Europe, a restructuring of the European Union into a less centralised, more democratic realm that will resume the unification process. By any standards this is a social democratic agenda.

Austerity is now only supported by hardcore ideologues in Europe. In 2010 it has been convincingly articulated by Germany in terms of a new ‘plainness’. More than just policy this was also pervasive as a cultural proposition.

Austerity is now only supported by hardcore ideologues in Europe. In 2010 it has been convincingly articulated by Germany in terms of a new ‘plainness’. More than just policy this was also pervasive as a cultural proposition. Chancellor Merkel, the most powerful woman in the world, was lauded for her plain public appearances. This particular vision of neoliberalism emphasised a self-sufficiency that negated profligacy and excessiveness. These values, autarchy and plain living, are popular and demotic, part of the working class ethics. The Left, easily dismissed as New Labour, gauche caviar and champagne socialism, could not credibly claim them. Five years later life in the real European economy debunked the austerian vision. Social misery can no longer be explained economistically. Europe has taken political decisions and these have been instrumental only in normalising the “there is no alternative” argument against most mainstream economic logic.

Meanwhile plain living has been alternatively articulated. Shedding its protestant roots it is performed away from abstinence, towards proactivity and participation. Whilst this can hardly be linked to any grand narrative, it is a rather real culture breeding in the housing crisis of London, the unemployment of Spain, or the scarcity of Athens, dominant among the educated, young, urban Europeans. Still in a liminal phase, it can be inclusive of contradictions, fads, and trivialities, but it is nevertheless unified by a good citizen morality. Its communities reclaim plainness in terms of environmental sustainability, against inequality, and market greed. They campaign for the welfare state and their individual liberties alike, and a good part of them will vote for parties like Syriza. Are they radicals?