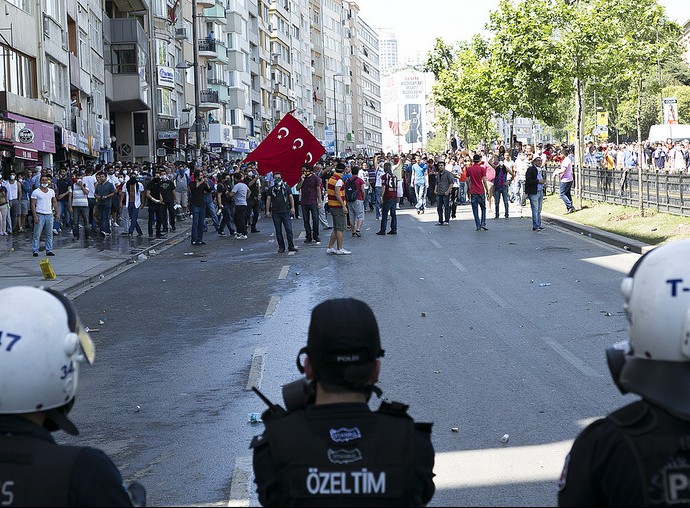 Hosting nearly 2 million Syrian refugees and serving as the crossing point into the European Union for many other hundreds of thousands, with unfortunate tragedies occurring on a daily basis, Turkey’s domestic unrest has been out of the spotlight for the past few weeks. Recently, the conflict with the PKK has brought Turkey’s domestic situation back to the spotlight, namely in the city of Cizre in recent days. As strategically important as ever, the current disarray in the country is even more relevant to the rest of the European Union.

In the general elections earlier this June, the Justice and Development Party (AKP) was dealt some harsh blows. Having lost the absolute majority and the authority to govern as a single party rule, the ex-Prime Minister– current President of the Republic Tayyip Erdogan– mandated his successor as AKP leader, Ahmet Davutoglu, to form a coalition government.

Subesquently, talks between the AKP and other political parties seeking to solidify their existence in parliament were held, although rumours that the negotiations were a guise by the AKP with the aim of intentionally failing to create a new government. Since the AKP’s loss in June meant the failure of Erdogan’s idea of converting Turkey’s current parliamentary system into a presidential one, many thought that he deliberately wanted the negotiations to fail in order to call for new elections.

Not long after, Turkey was shocked by a suicide attack perpetrated by ISIS, which killed dozens of volunteers on their way to help re-build social services in the Kurdish town of Kobani. Erdogan promised retaliation and, in a bizarre way which no one could fully comprehend, Turkey ended up re-starting an armed conflict with the Kurdistan Workers’ Party (PKK), a terrorist organization that had agreed to a ceasefire in 2013 and had not carried out any attacks on Turkish soil ever since.

In a matter of a few weeks, various attacks organized by the PKK killed dozens of military personnel and police, with the latest two attacks in the first week of September killing more than 30 people. The Turkish government has announced plans of retaliation by bombing Northern Iraq, where PKK forces are presumably located.

Meanwhile, on 1 November, the country will hold new elections, where the outcome will be even more important for the destiny of the entire region. Following a deadly attack by the PKK that left 16 dead, Erdogan said in his statement that “if 400 deputies were given to the AKP in June, none of this would have happened”. 400 is the absolute majority in parliament that would have allowed AKP to change the country’s constitution.

Last but not least, Hurriyet, one of the country’s oldest newspapers, has been attacked by fierce Erdogan supporters twice this week, who claim to be offended by the way the newspaper commented on Erdogan’s infamous “400 deputies” statement.

There are a variety of serious concerns for Turkey’s stability and future that will affect the voters’ decision in the November elections. The upcoming days are bound to be difficult and hard to tolerate for many Turks. However, the way they vote in a couple of months will not only decide a new path for Turkey, but for the entire Middle East and Europe as well.