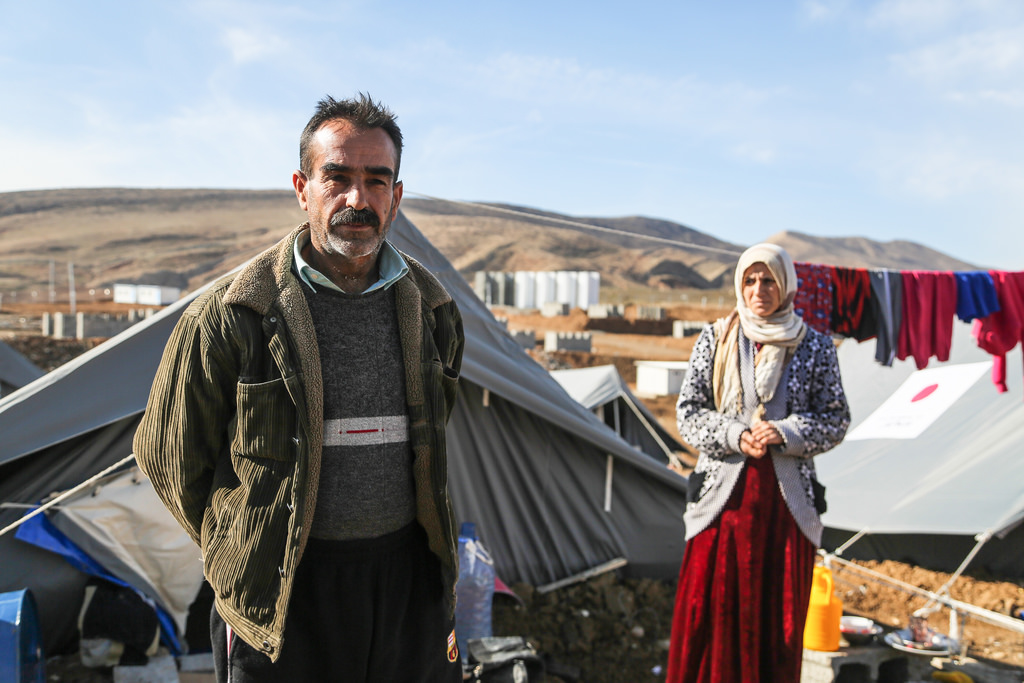 When I was working for a UNESCO Commission in Turkey a couple of years ago, we had started receiving dozens of phone calls from the Southern Turkish border with Syria, from refugees desperately trying to get in touch with some authority that could help them get settled in a camp or help them get to the EU. A sense of despair overtook us every time such a call came, since the only thing that we could do was to give them the contact information for UNHCR and try to explain to them that this wasn’t the right UN agency and we could not help. Many would reply by saying that they had been trying to contact the UNHCR but the lines were always busy and asked us if we had any friends there who could help. Every “please” from the other side of the phone was a rattle to the foundations of our two-storied building, every “I don’t understand” was a slap in our faces.

Every “please” from the other side of the phone was a rattle to the foundations of our two-storied building, every “I don’t understand” was a slap in our faces.

According to the latest data from the European Commission, more than 12 million Syrians are in need of humanitarian assistance inside Syria, with nearly 5 of those 12 million stuck in besieged areas. An estimated 9 million have fled Syria since the violence began in the country in 2011 and nearly half of this number are registered in Turkey, Lebanon and Jordan.

Since 2011, nearly half a million asylum applications have been completed in the EU, where more than a quarter million Syrian refugees were registered only last year. The top destination is Germany, which has received over 100,000 asylum applications and recently announced that it will be accepting a total of 800,000 refugees this year alone. Germany criticized the other EU big players like France and the UK for not doing their part in handling the influx of migrants and refugees. As of now, the application numbers for the two countries are slim, roughly 7,000 for France and slightly more for the UK. In order to match Germany’s plans for handling the refugee crisis, both countries would have to accept more than half a million asylum seekers; however, they only pledged to welcome some 20,000 each over the next five years.

Meanwhile, being the gateway to the more developed West, countries like Greece, Serbia and Hungary have seen hundreds of thousands of people arriving at their borders. These people have been risking their lives along the way, given the fact that, on many occasions, they rely on smugglers who ask for exorbitant amounts of money and use equipment, such as rickety boats, that are unworthy for sea travel.

In September 2015, the EC president, Jean-Claude Juncker, proposed an agenda for an additional 120,000 asylum seekers to be distributed among the EU states. Mr. Juncker received criticism from the Czech Republic, Slovakia and Poland, who are, not surprisingly, amongst the least welcoming EU states for refugees. Slovakia holds the record amongst the three with only 60 applications, followed by the Czech Republic with 300 and Poland with 700 applications.

On top of that, given the diversity of judicial systems among member states, harmonizing asylum policy across the EU seems even more complicated. While compared to the figures from the US and the wealthy Gulf States, the figures from the EU seem much more reassuring and welcoming for refugees. However, Europe still has a long way to go to match the numbers that Turkey, Lebanon and Jordan have been accepting for the past few years.

Slovakia holds the record amongst the three with only 60 applications, followed by the Czech Republic with 300 and Poland with 700 applications.

The natural expectation from the EU would be to harmonize its asylum policy and start taking in more refugees at the earliest possible time. Surprisingly, however, the EU seems more interested in pressuring Turkey to take in more refugees than dealing with its own members that are reluctant to open their doors to asylum seekers. Such demands brought to the table by the European Council and the European Commission could be forced upon Turkey with promises of further EU integration and funding. This may not work, though, in view of the current stand of Turkey’s authoritarian leader, President Erdogan, whose willingness to accept what he is being told by the EU is not a given.

In Turkey, hundreds of thousands of refugees now live on the streets of cities throughout the country in poor conditions, trying to survive by begging or engaging in illegal labour, both of which are creating tensions with local residents.

Furthermore, as recent reports suggest, a further increase in the number of refugees in Turkey is likely to result in social tensions, since the local perspective has been shifting from opening the doors wide for refugees to asking the EU and developed Western countries to also help deal with the crisis at hand. Not settled in the refugee camps in Turkey’s Southeastern region because of insufficient resources, hundreds of thousands of refugees now live on the streets of cities throughout the country in poor conditions, trying to survive by begging or engaging in illegal labour, both of which are creating tensions with local residents.

The EU’s internal divisions and external insistence on forcing the neighbouring states to take in more people could only make the situation worse. We are facing the worst humanitarian crisis since World War II and it is our duty, not as the EU, not as Turkey, not as Jordan, but as humans, to do our best to help solve it.

This is a republished version of the original published article on the Our World Too website, which you can access here When countries capable of absorbing environmental refugees are at or beyond their carrying capacity, every individual on the planet becomes a potential environmental refugee with no place to go (John Cairns Jr.) Natural disasters are…