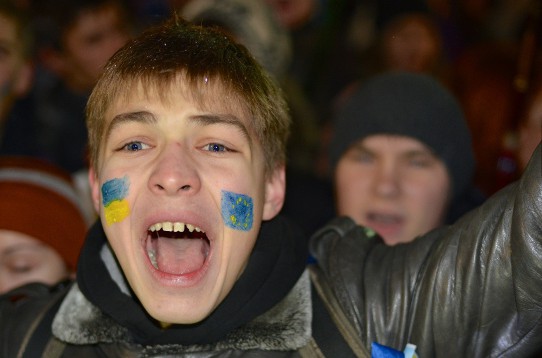 His research is concerned with the post-Soviet space, particularly socio-political developments in Central Asia and the South Caucasus. He focuses on the interaction between newly established states, such as Georgia, Azerbaijan and Kazakhstan, with key regional (Russia, China, Iran, Turkey) and extra-regional actors (US, EU).

No, Europe is not considered a victim of the economic phenomenon known as “Dutch Disease” or “resource curse”, referring to economies of countries that rely heavily on natural resource revenues. But it might suffer from a different kind of “Dutch Disease” brought about by the serious blow from the “NO” outcome of the April 6, 2016 Dutch referendum regarding the EU-Ukraine Association Agreement which has served to fragment the EU and weaken its unified decision-making power. To assess the nature and seriousness of this “disease”, we turned to Mr. Jos Boonstra, a Netherlands-based Eurasia expert and Coordinator of EUCAM, whose opinions we quote throughout the article.

Under a recently enacted law which stipulates that a referendum can be imposed if it is backed by an online petition signed by a minimum of 300,000 people, Dutch citizens were asked last Wednesday, 6 April 2016, to cast their ballot in favour or against the ratification of the Association Agreement—an agreement which, according to Dutch Eurosceptics, will be a stepping stone towards full EU membership for Ukraine. This argument is not valid since the aim of the deep and comprehensive free trade area (DCFTA) component of the treaty aims to forge closer economic integration between the EU and Ukraine, battle chronic corruption and strengthen the rule of law. In fact, the Association Agreement does not mention membership at all, as independent expert in Eurasia based in the Netherlands, Jos Boonstra, points out.

With a turnout barely reaching 1/3 of the population (32,2%), of which a majority (61.1%) voted against the EU-Ukraine Association Agreement and 38.1% in favour, one might say that the result cannot be considered as valid. On top of that, the agreement has been backed by the Dutch Parliament and the Government although, since the referendum is non-binding and advisory in principle, the result could be ignored. However, Boonstra indicates that almost all political parties argued ahead of the referendum that the result should be taken seriously and that they would urge the government to act if the 30% threshold was met.

Herein lies the tricky part; Netherlands is the only EU member state that has not ratified the pact, which already took effect as of 1 January, 2016. Paradoxically, while the Dutch prime minister Mark Rutte will be revisiting the issue by taking into account the vote, the European Commission will be working this month towards the visa liberalisation regime for Ukrainians. “It may look as if we’re ignoring the Dutch voters”, a senior EU source said to Reuters, but the reality is that the EU leaders have already invested financially and politically in this agreement and they simply cannot go back on their word. For its part, Ukraine, as declared by its president Petro Poroshenko, will continue to implement the Association Agreement and will firmly continue on the path towards modernisation and towards closer integration with the EU. In this light, the negative outcome of the Dutch referendum will not immediately affect EU-Ukraine relations. It is, however, firstly a problem for the Dutch government and secondly for the EU internally, as Jos Boonstra notes.

The most likely scenario for Prime Minister Rutte is that he might try to have the other 27 member states agree to an additional formulation that says that this treaty in no way can lead to EU membership for Ukraine. Boonstra said that it is far from clear whether all members would agree to such an additional formulation. The same could apply to concerns that were aired during the “No” campaign about defence cooperation with Ukraine, but, again, it will be more a matter of additional clarifications instead of changing the pact’s text, to which many member states are unlikely to agree, the expert continued. The Dutch government will need to tread a fine line between the will of a segment of the Dutch voters (61% of 31 % of the population) and its position in the EU (currently holds the rotating presidency of the EU Council). Ignoring the result will arouse anger among many Dutch voters and especially among the anti-EU forces. Seeking to renegotiate the Association Agreement will probably result in negative reactions and unwillingness from other member states in the EU, let alone Ukraine itself.

Confronted by a series of national referenda that weaken its unified decision-making power, (Greece last summer, Denmark last December, the UK this coming summer), the EU might soon find itself in a very uncomfortable situation.  Several EU officials had warned in particular that if the Dutch “No” campaign prevailed, it could potentially inflame Eurosceptic sentiment in the UK as well, where a referendum concerning its future within or outside the Union will take place in June.

Interestingly enough, the Kremlin has been relatively silent about the result of the Dutch referendum. Jos Boonstra noted that most likely Russia will respond more in-depth as soon as the Dutch government indicates how they intend to proceed. In any case, the referendum’s result will be regarded as a win for Russia as it ignores Russian aggression towards Ukraine, wants to do away with the EU-Ukraine Association Agreement and helps to divide the EU internally.

Whether the Dutch referendum opened a Pandora’s box with unpredictable consequences for the future of the European Union is yet to be seen. The next crash-test for the EU will take place in the UK on June 23.

His research is concerned with the post-Soviet space, particularly socio-political developments in Central Asia and the South Caucasus. He focuses on the interaction between newly established states, such as Georgia, Azerbaijan and Kazakhstan, with key regional (Russia, China, Iran, Turkey) and extra-regional actors (US, EU).

Officially recognised as one of the New 7 Wonder Cities of the World in 2015, La Paz, the administrative capital of Bolivia, is globally known for its unstable weather conditions. Located at 3,600 metres above sea level, its particular orography has historically pushed the local populations to face the challenge of achieving real food sovereignty…

People rarely talk about the overall objectives of the ‘European Project.’ Much of Europe’s political class acts as if it’s a non-issue.