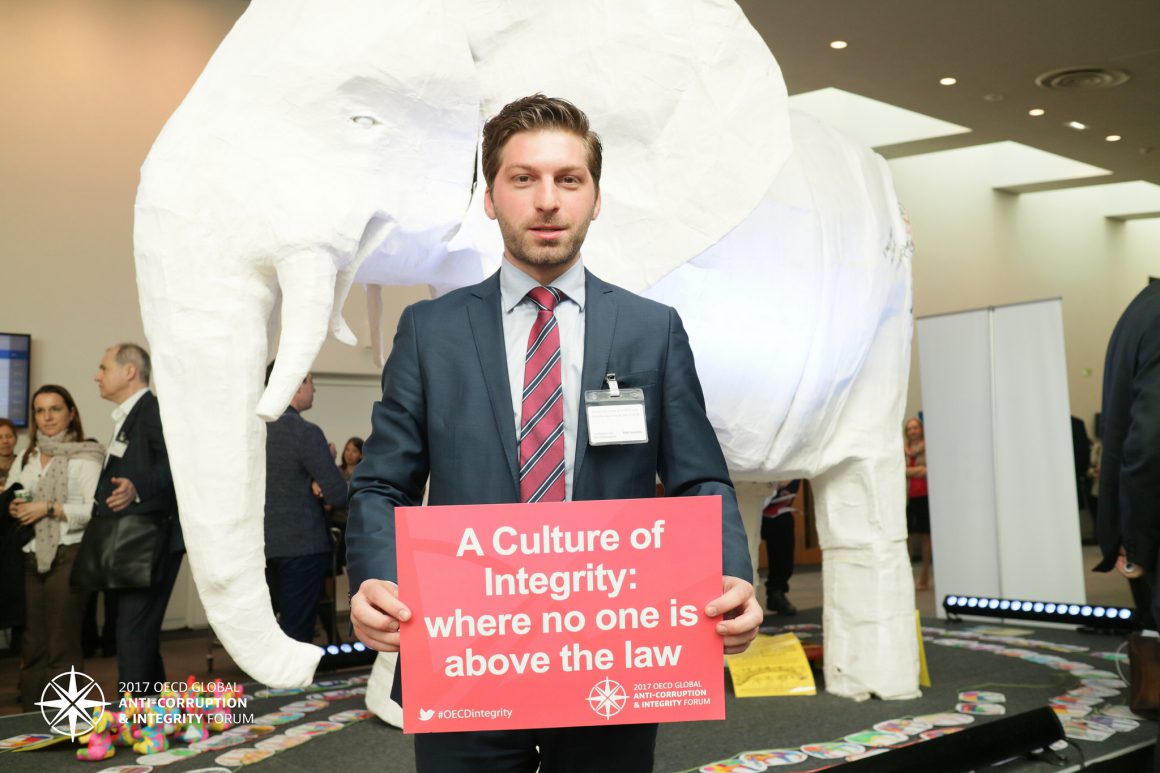 Dominikos K. Chrysidis is the Managing Editor of Katoikos. He is a cosmopolitan thinker and European patriot.

Corruption weakens economies, deepens inequality and undermines democracy. Whatever form it comes in, the citizens are always left to foot the bill. It is time to say enough is enough.

According to the 2014 Eurobarometer report, “the economic costs incurred by corruption in the EU are estimated to amount to around €120 billion annually.” Corruption is a serious threat to stability and social development in Europe and the world.

To make the ethical legal, the UN has decided to put together 17 goals that promise a sustainable development future with human welfare at its very core. But the promise cannot become reality unless institutions are healthy, unless governments have proper structures and procedures in place, and they are not corrupt. This is why the UN’s Sustainable Development Goal 16 commits all countries to “build effective, accountable and inclusive institutions at all levels”.

The OECD has become a leading Institution in raising awareness and proposing policy reforms to combat corruption. The 5th Forum brought together governments, think tanks, private sector and civil society organisations to expand participation and cooperation towards healthy scepticism of policies and come up with questions and proposals on how to better advance anti-corruption practises.

Politicians should lead the way

Prime Minister Robert Fico of Slovakia was one of the key-note speakers during the kick-off of the Forum. Fico is the only European leader that made it to Paris for the event. The sad part of the story is that even in Europe, one of the most advanced economies and societies, corruption is still far from being eradicated, and it is no secret that Slovakia’s democratic structures have been shaken by allegations that implicate even the prime minister himself. Integrity and politics should go hand-in-hand. Does it really make sense if politics is not ethical?

The City of Lights hosted many other government representatives, some of them thankfully committed to making a difference against corruption. If anybody has a chance to fix this, it is them: public officials are at the heart of policymaking and policy implementation and should ensure justice at every level of their work. The Forum provided a true space to share their experiences and go back home with plenty of food for thought.

Many business(wo)men travelled to Paris as well. Business must be a part of the solution, simply because business is a big part of the problem too. A coin has two sides, so does corruption. If business always had the best intentions, and stuck to them, then there would be no “friends with benefits” whatsoever. Laura Alonso, head of the Anti-Corruption Office in Argentina, put the message across clearly: the fight against corruption would be easier if companies abided by the founding principle “we don’t pay bribes”.

A sustainable solution can be found only when all stakeholders of the economy make efforts to combat corruption. These efforts, however, must backed by strong political will and citizen engagement. Only this will allow the development of robust economic and political systems to bring about tax, climate and social justice.

For that, citizens and civil society organisations should be at the very forefront. This is why Transparency International had an active role in the Forum, as it does in the field. What I fear so is that the actions of umbrella organisations are not enough. I am not sure that direct democracy is the right approach to take either, but citizens should be alarmed, stop resting on their laurels, and support citizens’ initiatives on transparency and integrity.

Citizens are victims of grey-area links between governments that collect taxes and businesses that pay them, or should pay them. Free-riding and other cases of every-day corruption generate huge costs as well. In both cases, it is the citizens that pay the price.

Dominikos K. Chrysidis is the Managing Editor of Katoikos. He is a cosmopolitan thinker and European patriot.