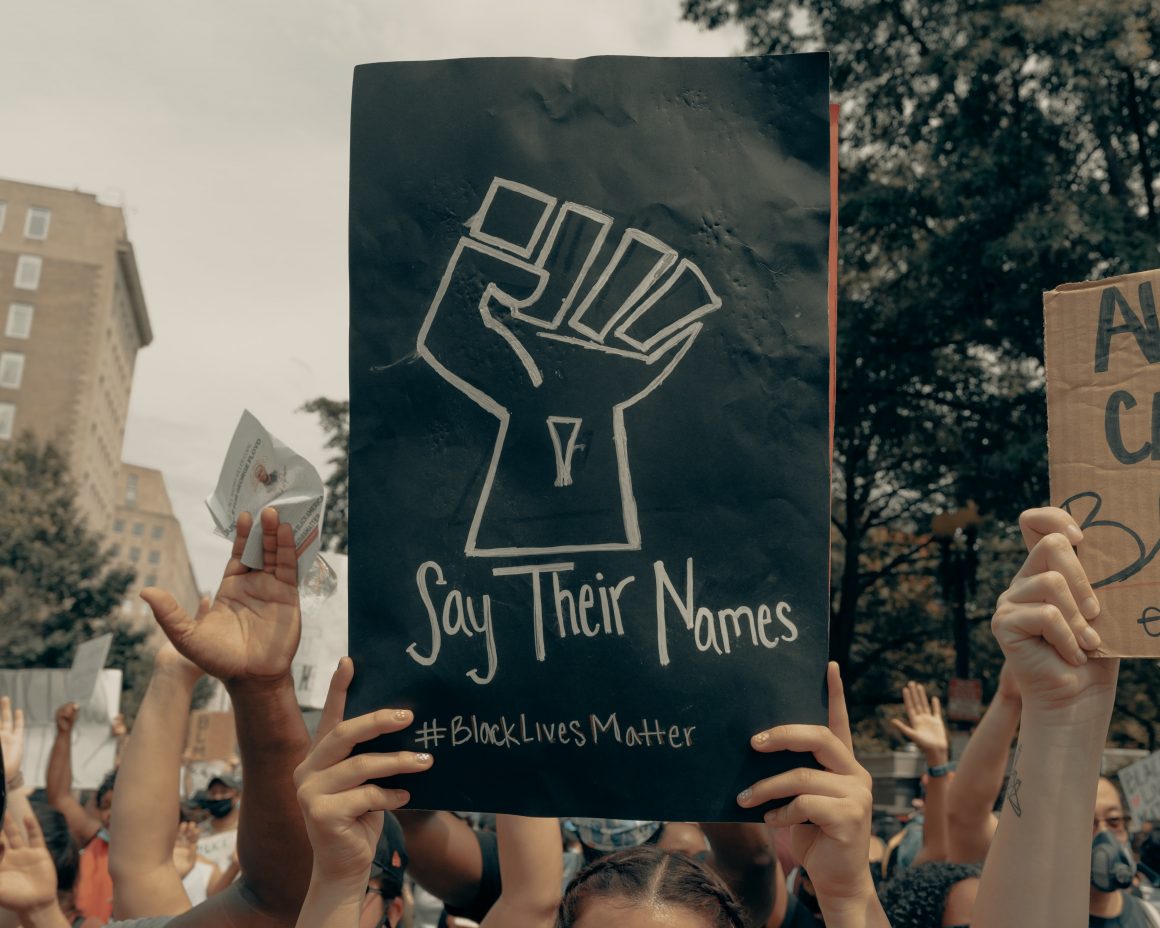 Photo by Clay Banks on Unsplash

Rosie Jempson is a recent master’s graduate in International Development, with a particular interest in environmental issues and an advocate for equality. Having freelanced as a journalist for a number of publications, she now holds the position of a News Reporter for three regional news publications.

We marked the International Day of the Elimination of Racial Discrimination this year with the theme ‘Youth standing up against racism’. It seems only right, therefore, to acknowledge the Black Lives Matter demonstrations that erupted across the world in 2020. Research shows that Generation Z and Millennials were at the forefront of the movement and some of the loudest voices demanding for more to be done to combat racism in the modern world.

The police killing of George Floyd in May 2020 sparked an outpouring of grief and rage worldwide. The response was phenomenal, protestors the world over led a global rallying cry against police brutality and racism in over sixty countries and on all seven continents. The global response revealed that millions of people across the world want real systemic change, illustrated in no small way by the toppling of statues remembering colonial oppressors.

In the United Kingdom, anti-racism protests swept the country. More than 260 towns and cities held demonstrations over the 2020 summer months, believed by historians to be the largest anti-racism rallies since the slavery era. Although the protests were inspired by the killing of George Floyd in the US, Britons marched the streets holding placards with the names of people who had been killed by British police. In London, a statue of Winston Churchill was graffitied, branding him a racist, and London Mayor Sadiq Khan announced that his team would review street names and landmarks, agreeing that those with ties to slavery should be removed. A statue of a prominent British slave trader, Robert Milligan, who owned two sugar plantations and 526 slaves in Jamaica, was removed from outside the Museum of London, not by protestors, but by the authorities, who tore the monument down while onlookers cheered and clapped.

Sweeping the globe, the protests stretched as far as Africa, Asia, the Americas and even Antarctica. In Uganda, Kazakhstan, and Kyrgyzstan, BLM protestors were arrested by authorities, while demonstrators also gathered in Senegal, Japan, and South Korea to show their support for the movement. In Johannesburg, South Africa, over 100 protesters knelt in the street for 8 minutes and 46 seconds. The Economic Freedom Fighters said the South African government were not doing enough to stop racially motivated brutality in the army and police force.

The collapse of the Apartheid system that had existed in the country between 1948 and 1994 and the inception of democracy that followed brought with it the promise of change. Nonetheless, the BLM movement gained momentum among South Africans, especially amongst athletes. Siya Kolisi, the first black man to be appointed captain of the South African Rugby team in the World Cup, said: “We should be the generation that’s changing this. It’s 2020 right now, so many people have suffered to make this country a better place”. Calling for change, he said “the next generation cannot suffer like we did”.

The Black Lives Matter movement resonated strongly with Latin American nations as well. Members of the Latin American community who identify as Black or Afro-descendant pushed back against structural discrimination and voiced their own grievances and experiences with racism. According to Danilo Contreras, Assistant Professor of Political Science at Wellesley College, black and afro-descendent Latin Americans “Remain largely invisible in their own nations, experience strident racism of every variety, and are overrepresented among the extreme poor and unemployed”. The demonstrations gained popularity and support with the hashtag ‘Latinos for Black Lives Matter’ over social media. States such as Brazil and Colombia have since led the way in enacting race-specific policies such as the promise to improve the representation of Afro-descendants in higher education.

Authorities hit back against some demonstrations, though. In Sri Lanka, police obtained a court injunction prohibiting BLM protests. About 100 people who gathered to show solidarity with the movement were dispersed by police by violent means. Authorities cited the reason as being to reduce the risk of people gathering and spreading the Covid-19 virus. The use of force and brutality by police against people peacefully protesting was criticized heavily by political parties, civil rights organisations and trade unions.

China became an active supporter of the BLM movement, with Chinese officials championing the crusade. Chinese Foreign Ministry spokesperson Zhao Lijian said: “Racial discrimination is a long-lasting problem in the United States. Black Lives Matter and their human rights should be guaranteed.” Given China’s crackdown on pro-democracy protests only weeks before, the support by Chinese diplomats was met with scepticism. Although the Chinese media covered the protests and demonstrations across American cities, there were no public demonstrations of support for BLM in the nation itself. Critics say this is likely due to the fact that China’s National Security Law, enacted in June 2020, curtails mass political gatherings and freedom of speech.

In the aftermath of the protests, the United Nations Human Rights Council were compelled to hold an Urgent Debate on systemic racism in law enforcement. International leaders, solicitors, and scholars had the immense task of investigating systemic racism in US law enforcement under the scrutiny of many in the global sphere. Officials from the United Nations spoke out about what was arguably one of the most important civil rights movements of our generation to say it was “well in keeping with our responsibilities and obligations as international civil servants to stand up and speak out against oppression.” Through the BLM uprising and racial justice advocates speaking up across the globe, the discourse surrounding race and institutional inequality appears to be changing.

The outcry for equality has been felt strongly throughout and since the protests of last summer. The impacts and changes created by the movement may not be felt to their full extent until we leave lockdown and enter back into the post-pandemic world. It is hoped by many that the wave of global protests has created room for conversation at the local, national and international levels. People continue to urge governments to do their bit, while those with less political power are using their voices to help educate, inform, and demand change in their communities, workplaces, and social circles.

Rosie Jempson is a recent master’s graduate in International Development, with a particular interest in environmental issues and an advocate for equality. Having freelanced as a journalist for a number of publications, she now holds the position of a News Reporter for three regional news publications.