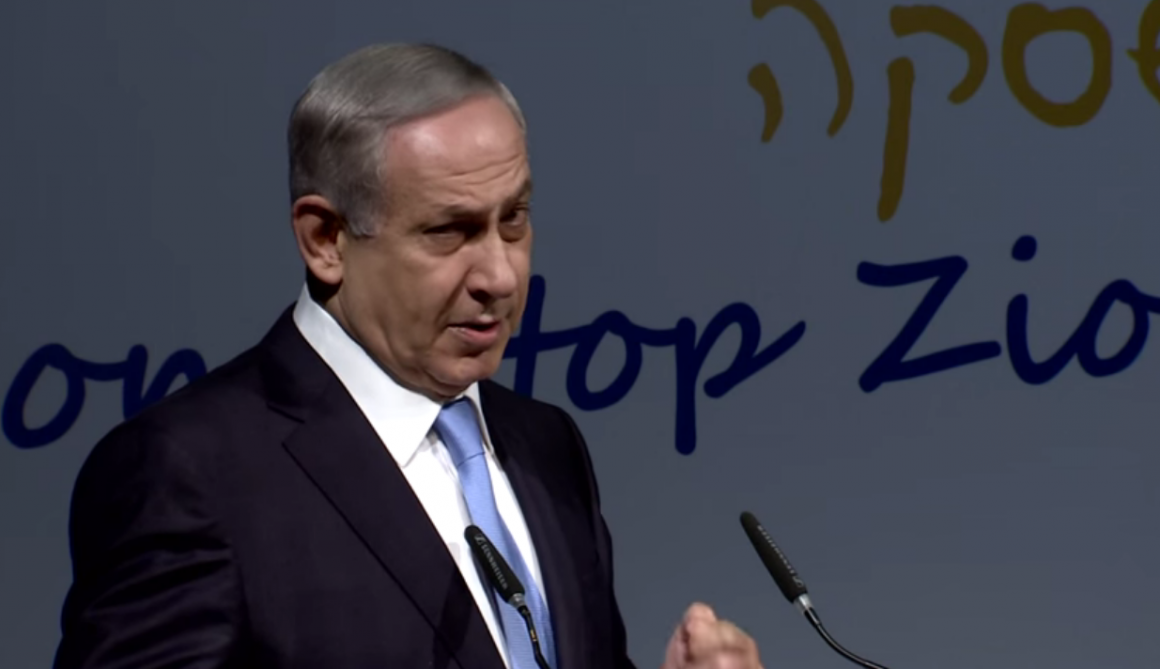 “Hitler did not want to exterminate the Jews at that time; he wanted to expel them,” claimed Israel’s Prime Minister. According to him, the genocidal idea to murder Jews on an industrial scale was inspired by Amin al-Husayni, once a grand mufti of Jerusalem. This influential figure of the Palestinian nationalist, anti-Zionist and anti-colonial resistance at the time of the British mandate over Palestine is infamous for his links to the Nazis.

Netanyahu recounted that momentous conversation between al-Husayni and Hitler as if he had witnessed it in person. Allegedly, al-Husayni told Hitler that if he expelled the Jews, they would all come to Palestine. “So what should I do with them?” asked Hitler. And al-Husayni replied, says Netanyahu: “Burn them!”

The vast majority of historians argues that by the time al-Husayni met Hitler in Berlin, the so-called “final solution” was already under way. But Netanyahu, whose father Benzion Netanyahu was an important scholar of Judaic history, obviously didn’t mean his parable as a contribution to historic research. His speech came at a time of increasing unrest with its epicentre in Jerusalem—unorganized Palestinian men, women and children attacking Israelis with knives, screwdrivers and the like.

Accordingly, Netanyahu’s pseudo-historical rhetoric was widely interpreted as an attempt to shift the blame for the 20th century’s attempted extermination of the Jews onto the Palestinians. More significantly though, Bibi once again suggested looking at the events of the 21st century through the crystal ball of his historical allusions.

The sorcerer of rhetoric and his historicist smokescreen

Yet the purpose behind Bibi’s recent invocation of the ghost of the Holocaust is mistakenly called “political”. In fact, what he is after is to, time and again, deny the Israeli-Palestinian conflict its status as a contemporary political dispute.

As such, it might even be wrong to interpret Netanyahu’s parable as casting the blame on the Palestinians. After all, he—as well as many of his ministers—often denies that “Palestine” is a legitimate political and historical entity and challenges the Palestinians’ collective agency.

Instead of a concrete political conflict between two peoples, Israelis and Palestinians, Netanyahu hasn’t missed a single opportunity to portray the situation as one originating from the interplay of abstract forces of history: “The core of the conflict in the Middle East is between early medievalism—very primitive, very violent, the forces of militant Islam—and modernity.” The Jewish State is, accordingly, the only embodiment of modernity in the region and it fights the violent pathology of primordial forces which are so widespread there. This arrogant attitude—an extrapolation of the Old-Testamentary “chosenness”— is ubiquitous among the Israeli political elite. Ehud Barak likes to call Israel “a villa in the jungle”.

Again, Netanyahu does not defend a historical truth. He exploits history to obfuscate the contemporary problem of occupation and settlement activity, which denies the native population its right of self-determination and continuously undermines its future prospects.

In his book “A Just Zionism”, the Israeli historian Chaim Gans claims that the creation of the Jewish State in 1948 was a just answer to anti-Semitism and the persecution of Jews in Europe that peaked in a systematic genocide. However, the Shoah is just one part of the equation. Gans also argues that in the aftermath of World War II, the world lacked sufficiently powerful international organisations that could ensure global distribution of justice. The result was justice done for the Jews but at the cost of the native population of Palestinian Arabs, which was anyway largely disregarded by colonialist powers. One’s justice at the price of another’s injustice.

In present-day Europe, one often confronts the following condescending attitude: “Those Jews and Arabs will probably never stop fighting each other.” And it is perhaps even worse than Netanyahu’s historicist obfuscations, as it disavows Europe’s direct historical responsibility for the situation in Israel-Palestine—its anti-Semitic and colonialist past at the root of the ongoing conflict. 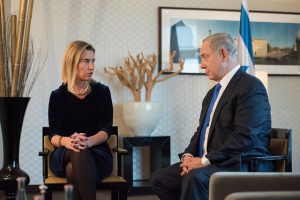 One would think that siblings who grew up with violent parents would end up supporting each other. In reality, they more often than not become worst enemies. If anything, the Israeli-Palestinian conflict is primarily a fight between two victims.

The disavowed guilt has hindered Europe from openly recognising its historic responsibility and, in turn, from applying effective pressure on Israel to end its policies of occupation and settlement.

To exorcise the ghosts of the past that still torment the Middle East, Europe has to confront them as its own. And it should play a central role in solving the conflict by redistributing justice both symbolically and concretely.

Symbolically, Europe must openly recognise the entirety of its historic debts and responsibilities in the region. While concretely, it must develop and promote a sustainable framework in order to serve the much-belated justice to the Palestinians—those in Israel, in the occupied territories, and to Palestinian refugees in the entire region. To do that, it must use its maturing European Union foreign policy, its Quartet membership and its influence in the United Nations.

The EU’s current attitude is as patronizing as it is disengaging. It broadcasts moralising reprimands of Israel, while maintaining economic and geostrategic cooperation. It provides indulgent humanitarian aid to the Palestinian authorities and maintains the litany of the “two-state solution” without working out a tangible and politically-supported conceptual and territorial framework—the foundation for the future Palestinian self-determination. Needless to say, this attitude has been a failure.