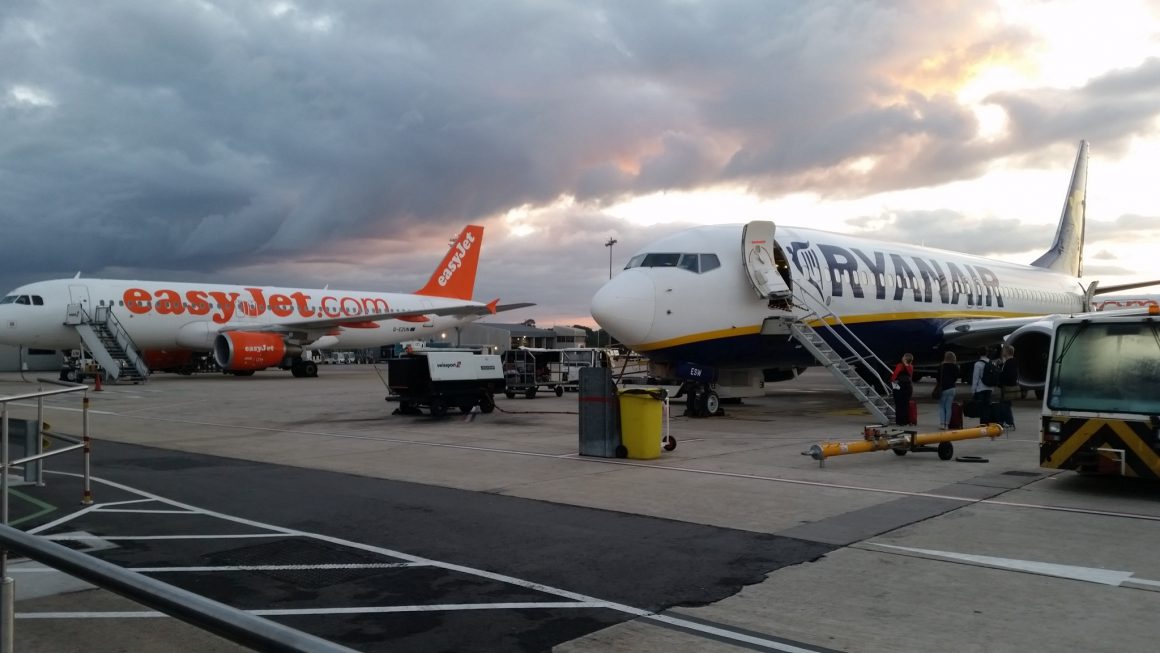 Globalisation is a term used to describe growing interconnections and interdependencies of the world economy. The further it progresses, the harder it gets to untangle it all and return to a past of isolated and closed communities. The European Union is both the result of and an attempt to give a political answer to this ever more complicated and entangled global web.

Experts have tried to explain this to Brexit supporters many times over, but have failed to defeat a narrative of hatred, arrogance and defiance, co-created by the British tabloids. Even today, as the predicted costs of Brexit slowly become reality before our very eyes, many Leave voters stand defiantly against continued membership of the European Union. Will this stubbornness persist, once things taken for granted start to disappear?

The continuation of many rights and services relies on a post-breakup deal, which appears unlikelier by the day, judging by the UK’s negotiating position or the lack thereof. ‘Big deal,’ I hear the Brexiteers say. ‘We’ll just do this the old-fashioned way. No deal is better than a bad deal.’ Except in some areas, no deal spells disaster.

No deal means no flights

Take the case of aviation. There are no WTO rules to govern aviation. Aviation is mostly governed privately, and in the EU it’s a responsibility of the European Single Sky and the European Aviation Safety Agency (EASA). Since our old bilateral agreements are so out of date, they do not provide for an adequate coverage of modern aviation technology and safety measures. Airlines and airports alike would simply not risk scheduling flights, without the necessary legal certainty.

Assuming there will be no deal, on day one of Brexit there will be no flights in or out of the UK from and to the EU27. The independence that the British strive for might result in a self-imposed isolation from the rest of Europe.

Obviously, this would be disastrous primarily for the British economy (and tourists), but it would also hurt Europe. Many of Europe’s regional airports currently direct their flights to or through London airports, like Stansted or Luton. In most cases, these airports already run a deficit. With their primary flight connections cut off, they might need to close down.

Ireland will be affected by this particularly hard. Its economy is still recovering from the harsh austerity that came with the 2008 financial crisis, which makes this situation especially tough for them. Last month, Kevin Toland from Dublin Airport asked members of the European Parliament to support Ireland in the harsh times ahead. 78% of air traffic to and from Ireland happens through the UK. 53.7% of overall EU traffic is between the UK and the EU27. Of that 39.2% is between the UK and Ireland.

Furthermore, the UK’s GDP and the amount of air traffic closely correlate. Therefore, since the GDP will drop, air traffic is highly likely to drop as well, following Brexit. Tourism is key to the Irish economy. A decrease in UK flights will have a disastrous impact on the Irish economy. As we now know, the interdependence of the European economies is incredibly strong, putting yet another crisis on the horizon if Europe’s leaders do not pledge their full support to Ireland.

At that same hearing, Sean Kennedy, Vice President of Airlines for America, implored MEPs to stop Brexit or to at least work out a deal on aviation before it is too late. Most intercontinental flights between the US and the EU go through Heathrow Airport in London. These flights might also stop, should no deal be reached, cutting off not only Britain but the rest of Europe from the United States. Having invested a lot of money into Heathrow, American airlines are unwilling to give it up as a go-to destination for their flights into Europe. It might simply not be up to them.

This might provide a golden opportunity for the EU to finally put behind the dilapidated glory of the British Empire and establish itself as the centre hub of the globalised world.

It is now also the only English speaking country left in the EU. Routing intercontinental flights through Dublin airport rather than Heathrow might kill two birds with one stone. The EU’s financial support of the necessary expansion of the airport would prop up Ireland’s economy and bring more tourism. And American airlines would have to accept the change if they want to continue flying into the European Union, just like traders will have to accept Paris and Frankfurt as their new destinations for Euro currency trading. It is likely that European airlines like Lufthansa wouldn’t mind more direct flights between other European cities and US cities either.

Regional airports may also see happier days. Ryanair’s CEO Michael O’Leary, a staunch proponent of Britain remaining in the EU, has proclaimed that Ryanair will no longer be servicing the UK come Brexit day and will redirect all their current flights to Ireland and regional airports on the continent, providing new connections and cheap flight tickets to notoriously expensive airports. If true, this move too would potentially contribute to healing the rifts between capital cities and more peripheral regions created by globalisation across Europe.

Later that same week, Ryanair’s biggest competitor easyJet announced the creation of a new European subsidiary in Vienna, Austria. While this move will allow easyJet to continue to operate flights in the EU, an aviation deal will be necessary for it to continue operating flights between the EU27 and the UK, where it is currently primarily based.

With a deal seeming incredibly unlikely at this point in time, airlines are warning both sides of the negotiation table that time is running out. If no deal is reached in time, holiday flights will start to be cancelled as early as September 2018.

It seems that aviation puts an additional strong bargaining chip into the hand of the Union, while the UK finds itself speeding up towards the nearing cliff edge.