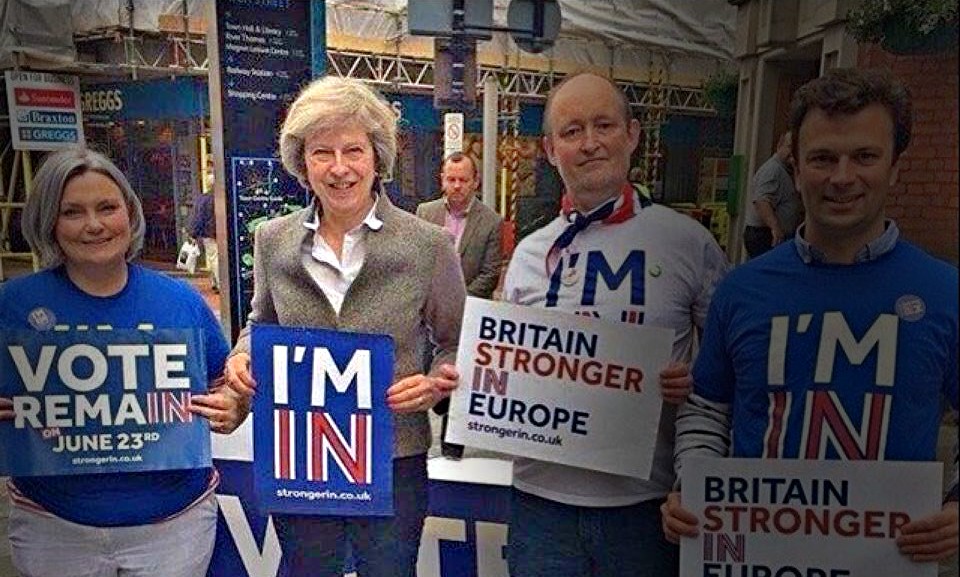 During the EU referendum of last year, there was much talk of the supposed estrangement between British voters and their political representatives. The narrow victory of the Brexit camp has since often been cited as proof of this estrangement, given that the overwhelming majority of Parliamentarians favoured remaining in the European Union.

British voters wishing to remain in the Union or to leave only on consensual terms are deprived of any effective Parliamentary representation whatsoever.

If there was indeed some gap of political preferences on the European issue between Parliamentarians and voters last year, this gap has now been replaced by another, more flagrant asymmetry. Voters wishing to leave the European Union may have been statistically underrepresented in Parliament in 2016, but those wishing to remain in the Union or to leave only on consensual terms are in 2017 deprived of any effective Parliamentary representation whatsoever.

The Conservative government has met disturbingly little Parliamentary opposition in its chaotic course towards the most disruptive of Brexits. Almost without exception, Parliamentarians have allowed themselves to be cowed into submission by the novel and dangerous concept of the “popular will” supposedly manifested in the advisory referendum of 23rd June 2016.

The doctrine of the “popular will” sits uneasily with the institutions of a representative democracy.

The doctrine of the “popular will” is one that sits uneasily with the institutions of a representative democracy. It is a conceit much beloved of dictators and authoritarians of all political colours, who standardly claim a privileged insight into the will of the people, untrammelled by institutional or legal considerations.

There is more than a hint of such attitudes in the unwillingness of Mrs. Theresa May’s government to accept the High Court’s initial ruling last November that Parliament needed to be involved in the triggering of Article 50 and her rejection of the call by the House of Lords for a “meaningful” Parliamentary vote on the final Brexit terms.

The political basis upon which these disturbing claims are based is anyway a notably fragile one, a referendum called to settle a domestic dispute within the Conservative Party; restricted to a dubious franchise; fought on the basis of widespread misinformation and wishful thinking; and won by a narrow majority of those voting, composed of only 37% of the whole electorate.

That Mrs. May’s government, under the increasing influence of its most radical Eurosceptic wing, has faced so little resistance to or effective scrutiny of its zigzagging European policy over the past eight months raises worrying concerns about the stability of our institutions and the robustness of our political culture.

The intransigence of Mrs. May’s government have been profoundly disturbing to the constitutional equilibrium of the UK.

It is not unusual for deep-rooted problems in a polity to manifest themselves initially at the periphery. Recent events in Scotland and Northern Ireland fall obviously within this template. Both these politically and culturally distinct elements of the United Kingdom voted clearly to remain within the European Union on 23rd June. The United Kingdom’s vote to leave the Union and the intransigence of Mrs. May’s government since have been profoundly disturbing to the constitutional equilibrium in both these building-blocks of the United Kingdom.

The announcement of a second Scottish independence referendum this week had been widely expected and indeed predicted by David Cameron during last year’s referendum. More surprising was the surge in support for Sinn Fein in the elections for the Northern Ireland Assembly last month. Support for Brexit in Northern Ireland is largely confined to the more uncompromising elements of the Unionist community. That this minority should be able to take Northern Ireland out of the European Union against the wishes of the majority in Northern Ireland will be seen by many there as a challenge to the fragile structure of consent and power-sharing on which the Good Friday settlement was based.

But it is not only at the periphery that fundamental problems present themselves for the British state. In differing ways, the European debate has laid bare the incapability of our two leading national parties to perform the crucial roles assigned to them by our current political system. The Conservative Party is unfit to govern and the Labour Party is unfit to oppose. The 63% of the electorate who did not vote for Brexit find themselves unrepresented in Parliament as a result.

For many years the originally pro-European Conservative Party has increasingly fallen under the influence of a ruthless and energetic anti-European minority. The hollowing out of the Conservative Party’s membership base in recent years and the complacency and ineffectiveness of such leading pro-Europeans as Kenneth Clarke and Michael Heseltine were the preconditions of their success.

Mrs. May knows she must appease the jihadists within her own ranks until the UK leaves the EU in as confrontational and disputed a manner as possible.

This minority was determined that the Conservative Party would never be reunited on the European issue other than on their terms. It was to appease them that the EU referendum was held and they are understandably eager to derive now the maximum benefit from their victory. Particularly in the light of her small Parliamentary majority, Mrs. May knows she must appease these jihadists within her own ranks. It is difficult to believe that she will be able ever to satisfy them until the United Kingdom leaves the European Union in as confrontational and disputed a manner as possible.

The Labour Party’s travails over Europe are part of its larger dysfunctionality. When a handful of Labour MPs took the suicidal decision in 2015 to sign Jeremy Corbyn’s nomination papers for the Labour leadership without intending to vote for him, they were committing a mistake precisely similar to that of David Cameron in calling his ill-fated EU referendum.

The Labour Party now has a leader in whom the Parliamentary Party has demonstrably no confidence, while he for his part can hardly have confidence in them. Jeremy Corbyn is moreover a politician whose hostility to the European Union is well documented. It is hardly surprising that on the European issue, as on so many others, the Labour Party finds it impossible to present a remotely coherent or effective opposition to the Conservative government.

It may be argued that the natural rhythms and safeguards of British political life will inevitably act to find a solution for this temporary malfunctioning of our political system. It should not be ignored however that the Brexit vote and the debate that has followed it have brought nearer to the threshold of public acceptability many ugly aspects of our current political culture: the only tepid defence by the government of the judiciary against the disgusting description of them in the mass media as “enemies of the people” was a particularly distressing example.

More worrying still is the persistent attempt of the government and its allies in the mass media to delegitimize opposition to Brexit on the grounds that “the people have spoken.” This mantra is an obvious recipe for the most wide-ranging claims to executive discretion by the government in the implementation of Brexit. The Chancellor of the Exchequer for instance recently claimed the right to restructure the whole of this country’s economic and social model in the context of the Brexit negotiations.

One wing of one political party is using a narrow victory in a questionable advisory referendum to define the agenda for the most complicated and important set of negotiations undertaken by the British government since WWII.

The familiar phrase “elective dictatorship” is an apt description of this danger. When this phrase has been used in the past, it has normally referred to the potential tyranny of a single political party enjoying a majority in the House of Commons. A new twist however has been given to the concept by our present circumstances. Today, one wing of one political party in the House of Commons is using a narrow victory in a questionable advisory referendum to define the agenda for the most complicated and important set of negotiations undertaken by the British government since the Second World War. Without a reconfiguration of the current British party political landscape, it requires heroic optimism to believe that all this will end well for the country.

This article was originally published on Brendan Donnelly’s blog.