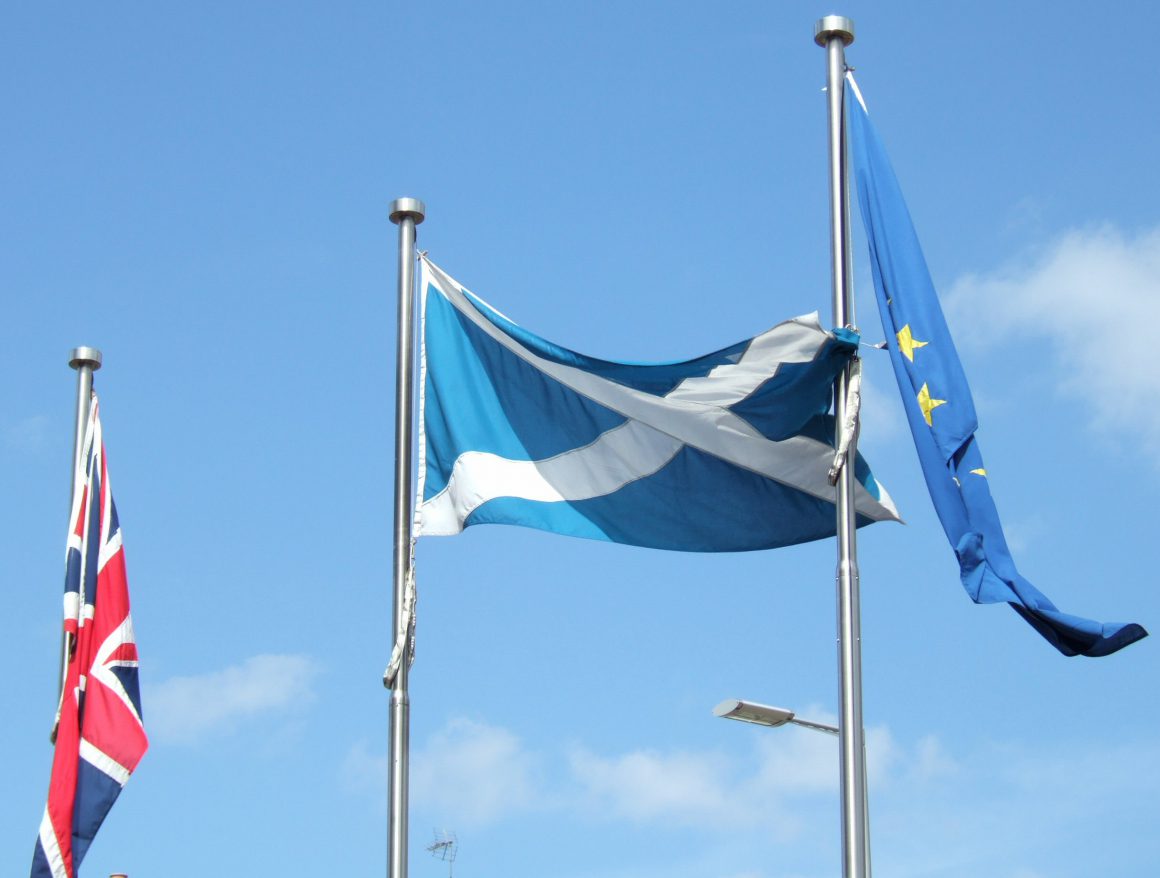 On Friday, 24 June 2016, Brits woke up stunned to discover that the UK had voted to leave Europe. It was an earth-shattering sensation. As a Scot abroad, I was devastated.

Thirty years for nothing? The vote of the ignorant, the elderly and some so rich that they don’t need to belong to anything, had turned their back to the world, progress, positive environmentalism and so many other elements that are an integral part of belonging to the EU.

Nigel Farage cites this as the vote of “decent” people. So, are the 16 million people who voted to stay in the EU indecent? Once again, crass stupidity and evil populism win over solidarity and far-thinking. It has happened so many times in history. Humankind never learns from its mistakes – or so it seems.

The navel-gazers belong to big countries. That’s not our case.

As a Scot abroad, I was furious. In an earlier referendum, the majority of Scots voted to stay with Britain because it was in the EU. Like any small country, we look outwards, not inwards. Navel-gazers belong to big countries. That’s not our case.

Young people – the ones who will be the decision-makers and leaders of the next generation in Britain, will feel this particularly. This might be the end of Erasmus and Leonardo – the EU-funded programmes, which help to break down the barriers across Europe and make us feel like a family. As an 18 year-old, working for a spell in Germany, and then a 22-year-old, taking a year off in Spain before going back for a post-graduate course, I, like so many other young Brits, relished in the friendships and ties with other Europeans, which I hope will last for ever. These are the sort of friendships – especially with Germans, perhaps – that would have been impossible for my post-war parents and grand-parents.

It seems shocking to us that both Boris Johnson, the former Lord Mayor of London, and Nigel Farage, the now also former UKIP leader, so vociferous in their attacks against Brussels and key proponents of Brexit, now reveal themselves to be both unwilling and incapable of leading Britain in its voted-upon splendid isolation. Even more shocking is Johnson’s statement that he does not entirely agree with the decision to leave…. A pathetic and cowardly stance if ever there were one.

The greatest misconception amongst UK citizens is that the EU has never really given them anything.

For decades the BBC has been giving the EU bad press. This has been particularly noticeable to me over the years I have been travelling back to the UK at holiday times. Many Brits are only aware of the huge numbers of immigrants who have entered the country in recent years. Due to the generosity of the social security system (misplaced and excessive, many would consider), many of these immigrants have received free housing – ahead in the queue of underprivileged natives. Hardly surprising, then, that many Brits have only been aware of the negative side of being an EU member. The greatest misconception amongst UK citizens is that the EU has never really given them anything. This, unfortunately, will only fully be realised in the future.

Underprivileged areas will now find that there are no more grants from Brussels (€70m to Cornwall every year is just one example) – or hadn’t they realised that before they voted? It seems that many Brexiters are finding out the whole truth only now…

So where now? Another referendum in Scotland? This time it would certainly have a much better chance of winning… Yes – but Scotland will have to go back to the end of the queue to join the EU, and as a very small nation with only 5 million of a population. Perhaps the most upsetting thing is the impression of many Spaniards – and no doubt of many other Europeans – that we actually wanted this… Only the day before the vote, the online voting system collapsed, leaving millions of young people without a say. Who knows how many people lost that chance. It might just have made that vital difference.

Furthermore, had the three million UK citizens who have lived abroad for over 15 years (and had no vote as a result) actually had a voice, this would simply not have happened.

As that old song goes…. “You don’t know what you’ve got till it’s gone…”