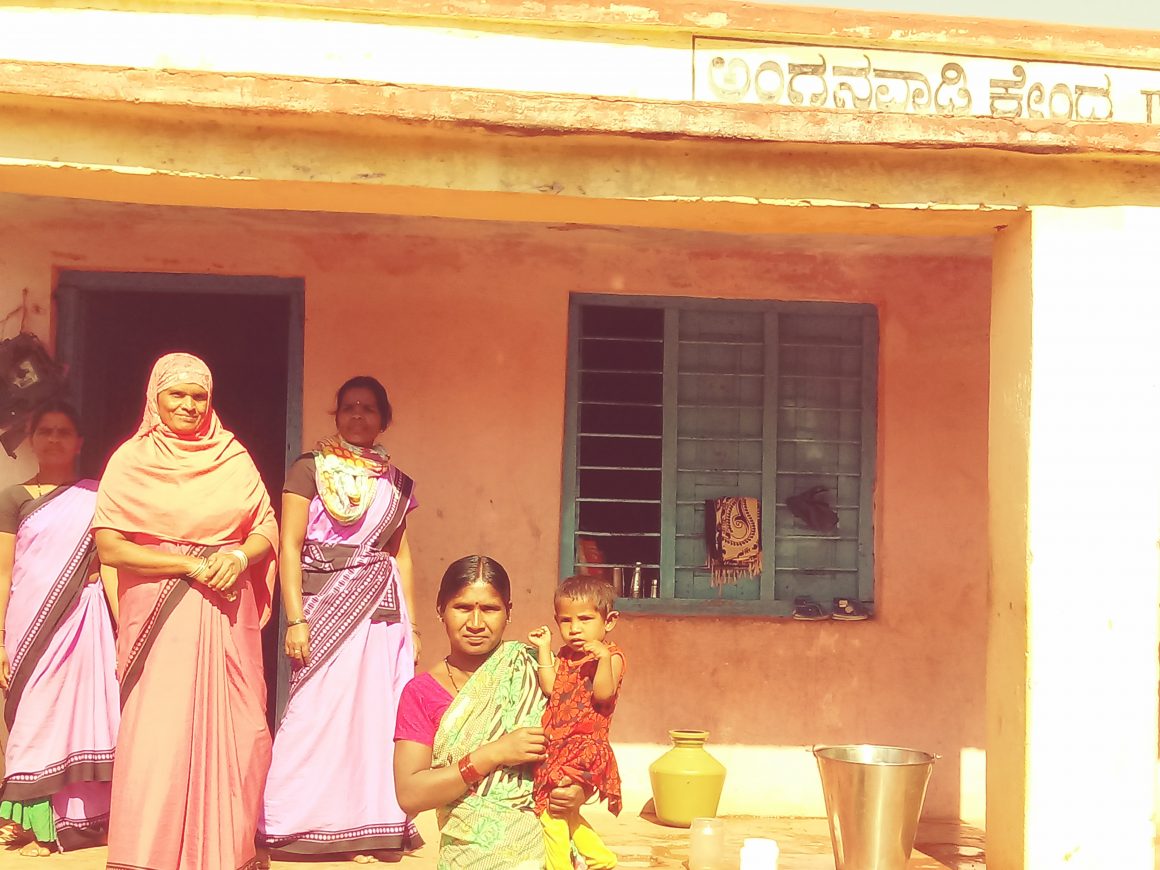 Since the spread of the COVID-19 pandemic in 2020 the world has been moved and harrowed in ways no one ever imagined. We are experiencing lockdown impacts of a magnitude that will not only cause short-term impediments but long-term as well. The burden on the economy runs deeply through major issues like hunger, malnutrition and livelihoods. Note that India already carries a disproportionate malnutrition burden. The country is ranked 94th among 107 nations in the Global Hunger Index (GHI) 2020 and is in the serious hunger category. Experts point at poor implementation processes and lack of effective monitoring in tackling malnutrition, with particularly poor performance by some large Indian states.

Extended lockdown and quarantine are an inevitable measure for the entire country as a strategy of survival. However, the resulting stoppage of economic activities has left a large population in the economic periphery very vulnerable, where procuring proper meals in a timely manner has become a huge question. The lockdown has affected the fundamental rights to food and nutrition of the marginalised people, who are being forced to go hungry.

In addition to the patriarchal traditions, food, nutrition and economic insecurity shocks hit women harder than men due to the deep-rooted gendered culture prevalent in India. When food becomes scarce, coping strategies such as buying less food, reducing the number of meals, or switching to less nutritious food is not gender-neutral. Women often buffer the impact by reducing their own food intake or by eating last so that the rest of the family has enough to eat. In rural communities, where tradition dictates that men eat first and receive the best food, women and girls must further cut back their food intake. This, of course, will compromise the health and immunity of women and girls at a time when they are needed most.

In the weeks following the COVID-19 lockdown, it was expected that the misery would be short-lived and the situation would improve as ‘unlocking’ progressed. However, the misery of the marginalized continues even six months after the lockdown was first imposed. Loss of livelihoods, low availability of food, disrupted transport, intermittent localised lockdowns and interrupted healthcare continue to significantly hurt health and well-being.

There are several factors that contribute to increasing hunger: inordinate delay in distribution and insufficient quantity of rice disbursed through the Public Distribution System, no vitamin tablets available for children,  insufficient quantity of food grains for children supplied in Anganwadis (Early Childcare Centres), no cash to buy other basic food items due to loss of livelihoods, no medical facilities/treatment available for non-COVID-19 patients, and disrupted transport facilities affecting access to any emergency medical care for malnourished children, pregnant and breastfeeding mothers. On 22 October 2020, Prajavani, a Kannada newspaper in Karnataka state reported 356 maternal deaths between April and June 2020 due to lack of timely treatment and scare of coronavirus in five months.

Besides, women who are migrant and daily wage workers are losing out to their male counterparts in terms of jobs. Women workers are unregistered and automatically excluded from many welfare schemes, passing through all safety nets. Secondly, they are already working six times as much when it comes to domestic chores. The impact of the lockdown is enormous, with pressure to feed more mouths and all the stress showing on the women. The quantum of unpaid work is increasing for them. Domestic violence also increased as the liquor shops opened.

As schools have been closed, there have been several reported and unreported cases of child marriages and increased child labour during lockdown time. Little children in school uniforms were seen carrying fodder on their heads.

The official figures about the surge in child marriages during and after lockdown are only the tip of the iceberg. Childline India claims to have compiled reports of 5214 child marriages between March and June across India. A much higher number, administrators concede, would have gone unreported. Prohibition of Child Marriage Act, 2006 has not deterred child marriages, which are illegal yet prevalent in regions where farming incomes are low and migration for harvesting crops has been a norm.

There are several factors that play on the minds of parents in getting their young girls married off. In addition to existing traditions, the lockdown that forced the closing of schools created an advantageous space for traditional families to get their young daughters married to boys between 18 – 25 years old from the same or neighbouring villages. Since many young men earning their living in the cities have gone back to the villages, they get attracted to marriages that lead to free labour of the woman at home and her taking care of the sick / elders. The families assume that the cost of conducting wedding celebrations would be less with a few guests during the lockdown, which is otherwise an expensive event in normal times. They also assume that the marriages could be held without the authorities knowing, as frontline workers stay busy with COVID awareness and management.  The secretive event could be over before 6 am without much fanfare.  Most of the cases would come to light only after the wedding. Although some Anganwadi workers make an attempt to stop these marriages, they are not allowed or are even threatened not to interfere by the local leaders, who are also involved in getting their children married off.

Gender and caste are cross-cutting and deeply rooted in the social consciousness of the people despite laws laid for the prevention of exploitation , child protection, educational status and progress in material development. Breaking psycho-socio-cultural barriers remains a challenge for tackling any kind of child abuse besides increasing economic deprivation in the stratified Indian society.

Thus, while analysing ground realities and impending challenges, I learnt that knowingly or unknowingly caste, race, gender prejudices and inequalities – which are nothing but a reflection of violence – are being taught in the families, in schools, communities, nations, globally. How can we overcome this deeply hidden fear of other, hate and violence in our consciousness? Besides hearing that the pandemic has highlighted our interconnectedness, it has also shown us the results of hate, inequality, hunger, and indifference of certain classes that affect entire generations. How do we confront and respond to the politics of hatred and the culture of violence that have colonised our minds and partitioned our hearts? No laws and courts are adequate for the emerging challenge of civilizational crisis.

To me, towards a long-term social transformative journey what we need is a true self-transforming process, encompassing love at the personal and family level to start with. What we need is a civilization embodying real love based on courage, conviction, responsibility, empathy, compassion, solidarity, restorative justice – standing alone if necessary, as practiced by Dr. B.R. Ambedkar, Mahatma Gandhi, Nelson Mandela, Martin Luther King.  Encompassing love, compassion and nonviolence are connected to restorative justice. The absence of violence is love, not nonviolence, if we observe the Karuna in the woman, a feminine value: it is not produced from any specific gland in her body but is personified. What we need is a civilizing process on a nonviolent path that transcends borders, connects the hearts and heals the wounds inflicted by inequality, hatred and injustice.

Abridged version of a longer, unpublished paper by the author.